‘Sisters on Track’: Netflix Picks Up an Inspirational Coming-of-Age Story About Defying All Odds 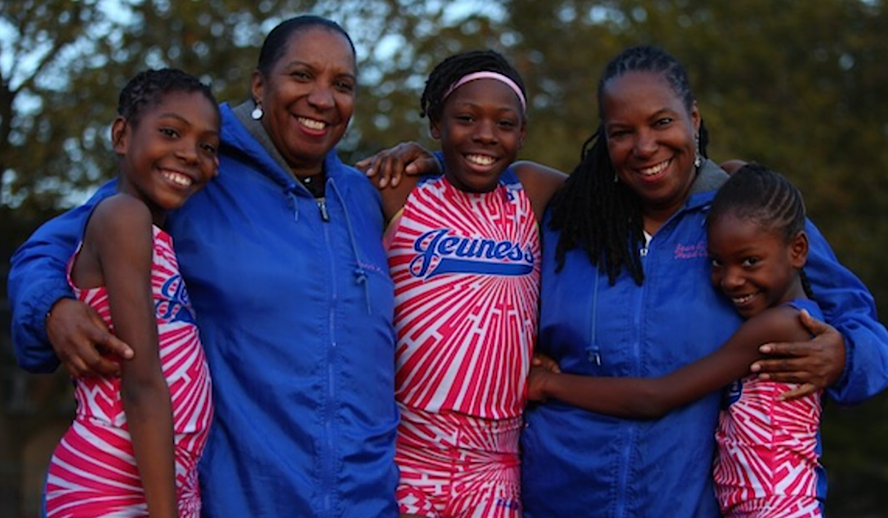 The newly released Netflix documentary, ‘Sisters On Track’, is a wildly authentic coming-of-age story, featuring three sisters who have risen above the rubble of the streets of Brooklyn, New York. The sisters; Tai, Rainn, and Brooke Sheppard have faced the absence of a father, the loss of a brother, and the stress of homelessness. Still, the sisters remain resilient, happy, and full of hope. The documentary follows the Sheppard girls for about four years but the filmmakers have condensed the footage down to about a three-year timeline.

Related article: John Stamos’s ‘Big Shot’: A New Perspective on Winning & Inspiring Female Athletes to Be the Best Versions of Themselves

Viewers are watching how the girls channel their innocence and humility while they manage to adjust to their newfound fame and fortune. It is evident that the girls find most of their happiness in the sport of track, along with other hobbies including, drawing, singing, and dancing. Despite all of their successes, these girls are simply your average tween to teenage girls. I think the difference, and their biggest advantage is in the amazing support system they have from their mother, Tonia, their counselor, their teachers, and most importantly their coach and mentor, Coach Jean Bell.

Jean Bell is almost like a second mother to these girls, you can see her hard exterior seems to melt away when she recollects their unique personalities, talents, and accomplishments. Even when she is disappointed in the girls, she reprimands them with intense love and support. I also appreciate her emphasis on the importance of education. She teaches the girls about their culture and gives female health lessons as well. The film supports that emphasis as well, as they focus the footage more on the girl’s behaviors in schools and their grades.

Ultimately, Jean Bell wants her girls to stay off the streets and strive for something greater. She makes that clear throughout the film, and especially with her inspiring quote at the end, “Running is what keeps them focused, and keeps them listening, and keeps them with a goal, you know?” She then follows that statement by saying, “Everybody needs a goal, especially teenage girls”. This solidified my respect for her, and everything she has done for the Sheppard sisters. In a way, it seems that Jean took over the disciplinary role for the girls and effectively co-parents with Tonia. This just goes to show how passionate she is about mentoring, and how invested she has become in these girls’ accomplishments and lives.

‘Sisters on Track’ – The Desire To Tell A Story

This documentary had initially been released on April 21st, 2021 in a Special Premiere strand of the Scandinavian documentary festival, ‘CPH: DOX’. The film later found an open slot at the ‘Tribecca Film Festival’ earlier this month but was quickly picked up by Netflix about a week later. The Sheppard sisters first came to international recognition when they were named, ‘Sports Illustrated Kids of The Year’ in 2016, for their outstanding athletic performance. Award-winning documentary filmmaker and Dutch artist, Corinne Van Der Borch, caught wind of the talented youngsters when she attended a fundraising event, which was actually organized for mother Tonia Hardy and the three Sheppard girls.

The single-parent family was living in a homeless shelter at the time of the event, where Corinne Van Der Borch was convinced to hear the story of these girls. She conducted a meeting with the girls, along with Coach Jean Bell, upon Tonia’s request. Van Der Borch then teamed up with filmmakers Sam Pollard, who had been her mentor for some time, and Tone Grøttjord-Glenne, who had been a good friend of hers for about twenty years. Corinne states that this collaboration just felt right for this film. Everyone involved had a similar style of documentary filmmaking, so she knew that the vision would be coherent amongst all of them. Tone Grøttjord-Glenne had also mentioned his eagerness to work on this film, after hearing the Sheppard’s remarkable story.

A Message For Young Girls With Dreams

The documentary should be a huge inspiration to many girls, and many people in general. This story truly warmed my heart and showed me just how important female empowerment and support are for girls in this generation. It is even more important to support and empower young Black girls in this country. The audience watches as these beautiful girls grow into intelligent, talented, strong-willed young women. You feel a connection with them as if they are your family. You find yourself rooting for them. You want them to win. I think the most memorable and respectable aspect of the film is how honest it is. The film not only documents all of the triumphs in their lives, but it also takes you through the many raw, unfiltered, dark times and failures too. I believe it is important for people to see that not everything is always picture perfect.

Success does not come easy. If you aren’t meeting failure at some point in your life, then you are just not trying hard enough. Although you may feel both shame and defeat at the moment, it will all pay off for you in the end. I totally admire all of the strong women that took patience and pride in offering these growing girls the guidance and the love that they need. I feel that we need more hard-loving, no-play, female mentors, who will keep us on a strict path to success.

If you want someone to be great, you have to humble them and remind them that they can always be better. Soon, they will strive to push the boundaries and become the best that they can be. The film ends with a spectacular win by the girls and their track team, ‘Jeuness Track Club’. This scene ties up the film beautifully, after exposing all of the personal trials and tribulations it took for the girls to get to where they are today. It is a beautiful message and display of how far hard work and dedication can get you in life. I wish the Sheppard sisters the best in their continued journey. I really hope everyone will take the time to see it. I know it will inspire somebody, somewhere. It has absolutely inspired me.