An Analysis: How ‘Keeping Up With the Kardashians’ Created the Instagram Influencer 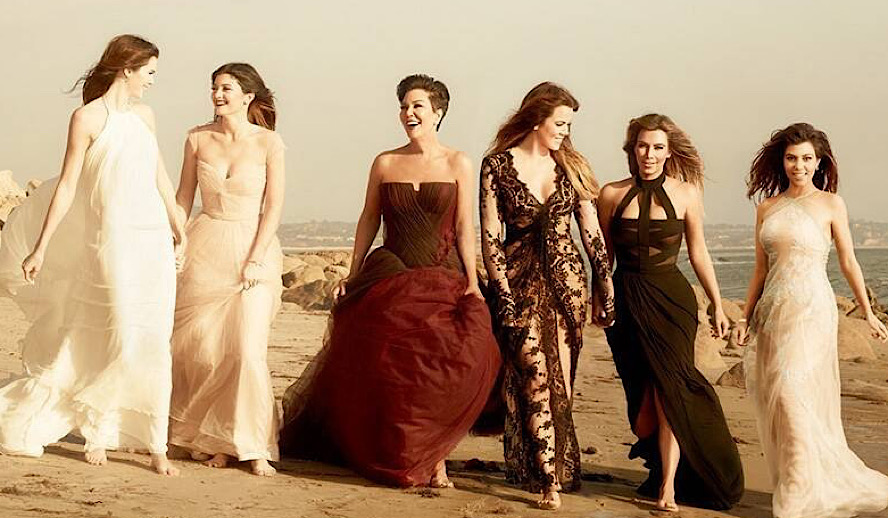 Photo: ‘Keeping Up With the Kardashians’/E

‘Keeping Up With the Kardashians’ (KUWTK) is entering its twentieth and final season next year. The show has been on air since 2007, famously drawing criticism for its lack of intelligent plotlines as well as the shallow drama it chooses to highlight. However, KUWTK deserves more credit than most people give it, for the show ushered in a new era in the entertainment world: that of the influencer. The Kardashians are often condemned for being famous for nothing, which is true from the perspective of the traditional entertainment industry. They don’t sing, act, dance, or do anything that would usually fall into the category of substantial. But, the Kardashians do know how to monetize themselves, in fact, they practically invented it.

This idea of monetizing every aspect of your personal life, then showcasing it to the public for attention and fame drives the world of online content creation. Influencers live off of sponsorships, appearances, conventions, etc, which is a lifestyle that never would have existed if not for the Kardashians. So, how do they do it? How did the Kardashians manage to become famous for nothing? And how does that have anything to do with influencers?

Related article: On The Life Of Kamala Harris (Vice President-Elect), The Strongest Medicine We’re Ready For

There are three different ways that the Kardashians, and subsequent Instagram influencers, have monetized their personal lives. The first, relatability, is achievable without a pre-existing social media following and often helps to catalyze an influencer’s rise to fame. The last two, sponsorships and lavish lifestyle, often come after an influencer has existed in the public eye for a consistent period. The metamorphosis of a normal person into a celebrity is what the Kardashians made possible, but influencers evolved this concept into a seemingly attainable career.

‘Keeping Up With the Kardashians’ – Vulnerability and Relatability

The most important aspect of the way the Kardashians presented themselves early on in the show was their openness and projected vulnerability. In season one, it almost feels like you’re watching a friend discuss their personal life. The talking-head interviews help to further this personal connection between the viewers and the Kardashians, setting up a vehicle for direct communication between them. The show also documents personal struggles that the Kardashians face, refusing to shy away from vulnerable moments. For example, in Season 1, Kourtney has a pregnancy scare. The show leaves nothing to the imagination, capturing everything from Kourtney taking the pregnancy test to a doctors’ appointment where she confirms she is not pregnant. The purpose of displaying deeply intimate moments to the audience is two-fold in that it makes the viewers feel closer to the Kardashians, but it also allows them to see the interpersonal drama in the family, which is inherently entertaining.

Now, influencers translate this idea of relatability in vulnerability to a different visual platform, Instagram. Instead of using talking head interviews, they use captions, DMs, and comments to interact with their audience. The influencer can discuss mental health, political movements that are important to them, and share difficult moments with their followers. Though the method of communication is different, the idea behind it is the same: to create the illusion of a personal connection with each follower. Even the pictures they post can show vulnerability, which consumers inherently relate to. Some influencers have made waves posting pictures of themselves with bloated stomachs or no makeup, all in an effort to seem like a genuine person to their followers. Vulnerability associates with genuineness, and genuine people are simply more attractive to audiences.

Social Media and the Ability to Monetize Personality

Relatability is also an important tool for monetization because it makes followers and viewers feel as though someone is trustworthy. Trustworthy is a very valuable thing to be in a time where sponsorships and partnerships make up a majority of an influencer’s compensation. Though the Kardashians did not create the idea of company partnerships, they were some of the first celebrities to use their frequent public appearances as a fame-booster. In season one, Kim Kardashian hosts a car convention even though she knows nothing about cars and has no vested interest in the event itself. Through frequent appearances, however, the Kardashians built a following. They managed to use celebrity appearances as a marketing tool to amass followers and viewers, and, thus, assist in their rise to fame.

The modern influencer, once they have a following, can now do the same. Many influencers live comfortably off of ad revenue from sponsorships or partnerships as companies transition to marketing their products with people. This is why it’s extremely important to develop a persona that is relatable and trustworthy, as followers are more likely to purchase products from influencers they trust. To the viewer, it feels more as though a friend is recommending a product they love than an advertisement. Ultimately, the Kardashians created the idea of using appearances and events to make themselves feel more accessible to their audience, which increased their personal monetization potential. This same technique, establishing a personal connection in order to maximize possible earnings, is now used by influencers to market products.

From Relatable to Unreachable

As KUWTK grew in prominence, so did the Kardashians. The show helped skyrocket them to fame, which changed their lifestyle to one of luxury and glamor. Over the course of the show, the Kardashians evolve from relatable to unattainable, attracting more and more viewers with their outlandish lifestyle. The luxurious habits that the Kardashians indulge in by the middle seasons of the show are another draw for viewership. Audiences are attracted to entertainment that features unattainable lifestyles because it allows them to live vicariously. It is ridiculously entertaining to glimpse how the Kardashians spend exorbitant amounts of money without question. Most frequently, they are featured taking lavish family trips to exotic destinations like Phuket, Versailles, and Bora Bora. The scenery is featured heavily in the show, as well as the extravagant accommodations, which are most often sprawling mansions. This lavish lifestyle is extremely attractive to viewers as it seems so elusive, but the Kardashians allow their audience to participate in that lavish lifestyle with them through the show.

Influencers often incorporate this base idea that people find what is unattainable to them entertaining into their content. For example, the concept of a travel influencer is someone who does not work or own a home but instead uses their resources to travel the world and post about it. People then follow for the beautiful scenery and the high-quality pictures of the locations they frequent to live vicariously through them. Creating admiration of an influencer’s lifestyle is a huge part of enticing more followers, very much like how the Kardashians attracted viewers with their incredible spending. To put it simply, we want what we cannot have, therefore, we are drawn to people who do have it.

Though the Kardashians laid the groundwork for the modern Instagram influencer, they continue to evolve and expand their platform by following trends and changing their personas to fit. In comparing the first season of the show to the most recent, the Kardashians evolve to discuss their mental health much more openly. In fact, issues of anxiety or depression are never touched on in their early interviews, but in the latest season, the talking head interviews focus almost exclusively on the Kardashians’ mental state. They use key buzzwords, like anxiety, to resonate with a modern audience. This change in vocabulary throughout the show can be attributed to the influence of Instagram influencers, who frequently use their platforms to discuss mental health in a personal way.