A Tribute to Meryl Streep: An American Icon, The Greatest Actress, Hollywood Powerhouse 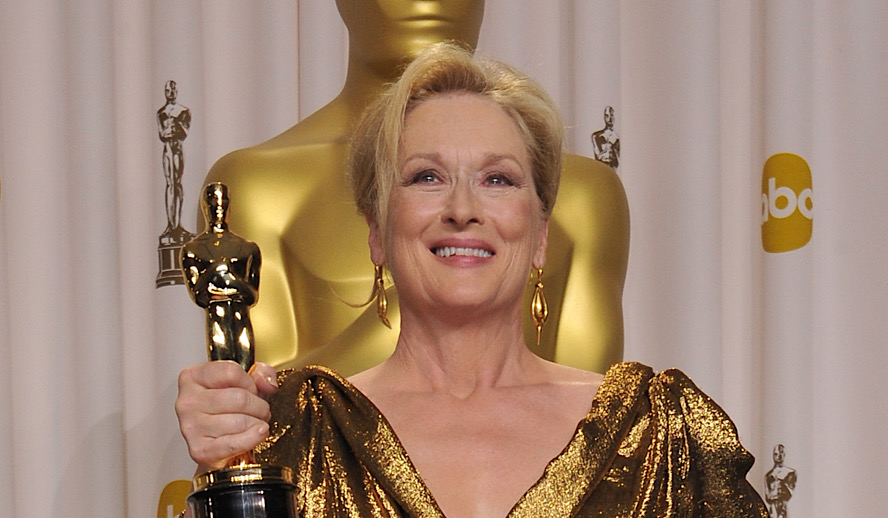 There’s a new level of knowing someone’s “made it” which comes when all it takes is the first name to be identified: Marty, Leo, Barbra, and of course, Meryl. Meryl Streep is undoubtedly the greatest living actress, someone we should all be proud of and privileged to be living at the same time as her and able to see the work she creates. How do we define greatness in this instance? Well luckily for us, with Meryl, she hits literally every criterion.

Even if you were to argue that her twenty-one Oscar nominations, the record for both acting categories, both male and female, doesn’t mean anything, if you’ve ever seen any film of hers, her ability is undeniable, and if you’ve ever seen ‘Sophie’s Choice’ or ‘Kramer vs. Kramer’ the tears streaming down your face due to her delivery of even the simplest lines make it hard to argue that anyone could’ve played those roles better. Other than her enormous talent, she is consistently in great films, and her versatility and ability with accents are just facets of her gift. Here’s a look at her incredible career, and why there could only be one possible “Meryl” when having a conversation about film.

Meryl was born in 1949 in New Jersey and wasn’t interested in acting until college. She went on to receive an MFA from Yale School of Drama. By the mid-seventies, she was living in New York and was very busy working in theatre. It was during a performance of The Cherry Orchard that Robert De Niro spotted her and suggested her for the part of Linda in ‘The Deer Hunter,’ leading her to her first Academy Award nomination and opening her up to further fame.

Watching Meryl’s heartbreak onscreen is a strange phenomenon, it makes you forget where you are and that the woman on the screen is just an actress; you can’t look away, and yet, it hurts. Nowhere is this more prevalent than the two films that followed ‘The Deer Hunter’: ‘Kramer vs. Kramer’ and ‘Sophie’s Choice,’ resulting in her first and second Oscars respectively. She refused to play Joanna Kramer, a depressed woman who walks out on her family, as the villain director Robert Benton had in mind. The result is a performance that elicits tears just thinking about it. The film is touching on so many levels and Streep’s execution of the last five minutes is the ultimate moment of catharsis.

For fans of ‘Marriage Story,’ if you haven’t seen ‘Kramer vs. Kramer,’ watch it immediately. ‘Sophie’s Choice’ is one of those devastating films that you have to be prepared to not do anything for the rest of the day you watch it on. Streep learned Polish for the part of a Holocaust survivor living in post-World War II Brooklyn. Meryl turns what could be a melodramatic part into a human one, the pure anguish of the climactic flashback which gives the film its title will haunt you forever. ‘Out of Africa’ and ‘Silkwood’ are two other iconic films of Streep’s from this decade, which helped cement her as one of the finest actresses of the time.

Although there seems to be a curse on actors who win Oscars too early or win two in a row, no such curse existed for Meryl. The 2000s is when we saw a new side of Streep, one where she embraced middle age with zeal and took on roles in great films that would iconize her. 2002’s ‘The Hours’ is an incredible film about how three different women (one of them being Virginia Woolf,) deal with mental illness and suicide. Streep leads the film’s modern thread and does so with complexity as she unintentionally becomes Woolf’s heroine “Mrs. Dalloway.”

‘The Devil Wears Prada’ is perhaps the best of the 2000s rom-com, and Meryl is a huge reason for that. With her chic gray hair and fur coats, it’s one of her most iconic roles, the cool and cruel Miranda Priestly gives shivers to anyone who has ever had to work as an assistant. Phillip Seymour Hoffman, Streep, and Amy Adams all shine in ‘Doubt’ (2008), one of the best of the decade for acting. In a similar way she does in ‘Kramer vs. Kramer,’ Streep steals the last five minutes of the film and has audiences sitting in their feelings, this time of pure uncertainty, as the credits roll.

Meryl is also amazing at adapting her abilities to whatever the role calls for. Her role as Margaret Thatcher in ‘The Iron Lady’ earned her a third Oscar in 2011, her performance reminded viewers of her linguistic abilities and her transformative power. In her lighthearted fare, her comedic sensibilities are so natural. ‘Death Becomes Her’ is a hilarious 90s cult classic worth watching every Halloween. Some younger people’s first introduction to Meryl was the film adaptation of ‘Mamma Mia.’ Meryl’s presence in the film is one of its most important aspects, and her absence in the sequel is painfully obvious.

Meryl’s often unknown experience in Broadway musicals also made her perfect for ‘Into the Woods,’ a delightful little part in ‘Mary Poppins Returns,’ and she also stars in the adaptation of ‘The Prom.’ Other memorable performances include her role as the inappropriate southern matriarch at the center of ‘August: Osage County’ and her supporting role as Aunt March in Greta Gerwig’s ‘Little Women.’

Whether she’s singing us an ABBA hit or making us cry our eyes out, Meryl Streep is an American icon. During her illustrious career, she has given us some of the best moments of cinematic catharsis imaginable, an artist who continues to awe and amaze us every chance she gets.