The Return of ‘Stargirl’ Season 2 – An Exclusive Interview with Stargirl Herself: Brec Bassinger 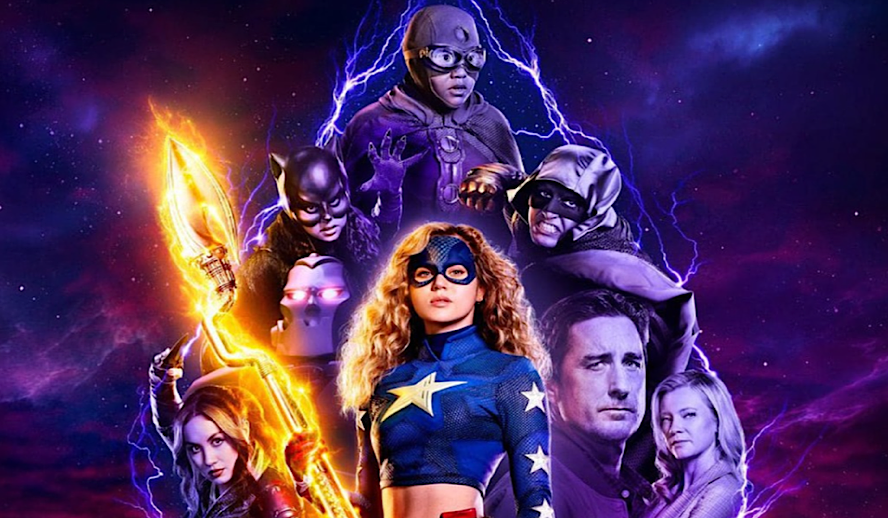 Turn to the CW For All Your Superhero Desires, Including ‘Stargirl’

If you’re looking for an abundance of superhero content, The CW is probably where you’ll want to turn to first. They’ve got everything from ‘Superman & Lois’, ‘The Flash’, ’DC: Legends of Tomorrow’, and of course, ‘Stargirl’, created by famous comic writer Geoff Johns who also serves as the show-runner. This week, in particular, superhero enthusiasts were graced with the long-awaited sophomore season of DC’s ‘Stargirl’: “Summer School: Chapter One”. Fans have patiently waited for the story to continue ever since the action-packed season 1 finale concluded in August of 2020. Hollywood Insider was lucky enough to speak to the star of ‘Stargirl’ herself, no pun intended, Brec Bassinger (‘Bella and the Bulldogs’, ’47 Meters Down: Uncaged’.

Where ‘Stargirl’ Left Off and Where She Goes From Here

At the Season 2 premiere, the Hollywood Insider asked Bassinger if she would quickly sum up where season one left off for any fans who may need a brief refresher. The actress explained, “Season one left off with Stargirl officially putting together the new JSA, or the Justice Society of America: Stargirl, Wildcat, Hourman, and Dr. Mid-Nite. A huge fight ensues against the ISA- The Injustice Society of America- where the ISA is ultimately defeated and the new JSA has officially been established!”

The Tricky Balance Between Teenager and Superhero

Fans will be excited to see that there is no rest for Stargirl and while the ISA has been defeated, Courtney Whitmore/Stargirl will stop at nothing to stay vigilant. Insistent there are still dangers lurking around her and her town of Blue Valley, Nebraska, she refuses to stop working and greatly struggles between balancing her life as a teenager while also navigating life as a superhero. However, her friends and fellow JSA members, Beth Chapel/Dr. Mid-Nite (Anjelika Washington, ‘Tall Girl’), Yolanda Montez/Wildcat (Yvette Monreal, ‘Rambo: Last Blood’), and Rick Tyler/Hourman (Cameron Gellman, ‘Heathers’) along with her father Pat, (Luke Wilson, ‘Death at a Funeral’), believe that the town is safe and the JSA’s job is done. For now, at least.

We asked Bassinger about her character arc from the first season to the second and exactly how her character Courtney Whitmore has evolved. She explained, “Courtney is definitely much more confident in her role as Stargirl. In season 1 she was just figuring it out and testing the waters. Whereas in season 2 she has this newfound confidence. It was really fun getting to explore her bravery especially in the action scenes and fight sequences. Her role as a leader has majorly shifted and it was really rewarding to get to dive into that.”

Halfway through the first episode, we learn that Courtney is going to have to enroll in summer school because she has failed a couple of her classes since her focus throughout the school year has clearly been far away from her studies. This of course sets up the summer school aspect of season 2. Hollywood Insider inquired what Bassinger was most excited for fans to see in the opening episode of season two. She responded, “Green Lantern’s daughter Jade, played by Yea Penarejo, makes her first appearance in this episode. I can’t say much but there’s a huge DC lure to that character in particular so I’m really looking forward to fans finally meeting her.”

In an interview with Decider, show creator and runner Geoff Johns spoke on what Jade’s character brought to the show, “So the first thing that I was really anxious to do, was get to Jade, who I’ve always loved as a character since I saw Jerry Ordway first draw her, way back when. The reason that she was chosen to be such an impactful character and a character that would come on stage at the beginning of the season is, right after Courtney’s had her big win, gotten her confidence, is so vigilant and more determined than ever to be Stargirl, she comes face to face with somebody that is literally everything she thought she was last season.

So she meets this superhero’s daughter who actually is a superhero’s daughter and has this legacy and this power that’s unreal. How does Courtney react to seeing something like that? She kind of has a hint of envy in a weird way, and she doesn’t want to have it and doesn’t try to, but it’s just natural because she does have issues that she’s still going to have to overcome. Including, as much as she thinks she’s over her father and how he abandoned her, it still affects her self confidence and her self image, even if she says it doesn’t.”

With every great superhero comes a relentless villain, right? Let’s talk about one of Stargirl’s biggest enemies she is forced to face: Cindy Burman/Shiv, (Meg DeLacy, ‘The Fosters’). Cindy has proven her rivalry to Stargirl since the two first met at school. Whether in the hallways or during a battle, it’s quite clear that Cindy/Shiv is a foe and not a friend. Stargirl and Shiv had a heavy handful of great scenes from the first season. We asked if Bassinger could tease anything about her and her wicked antagonist, for season 2. Bassinger stated, “At the end of season 1 the Justice Society of America successfully stopped the ISA and now Cindy, or Shiv, is out for revenge. In particular, of course she’s after Stargirl. Shiv was never allowed to join the ISA and so she instead killed her own father, stole the dark jewel that contains the entity Eclipso, and is now taking matters into her own hands by trying to recruit her own members of the ISA.”

With plenty to unpack this season, it’s safe to say fans are in for a treat. Months before the premiere of season 2, the show had been picked up for a third season which confirms we are just scratching the surface of Stargirl.

Tune in to new episodes of DC’s ‘Stargirl’ every Tuesday night at 8 p.m. to watch the drama unfold. You can also stream the episodes on HBO Max, VUDU, as well as The CW app.