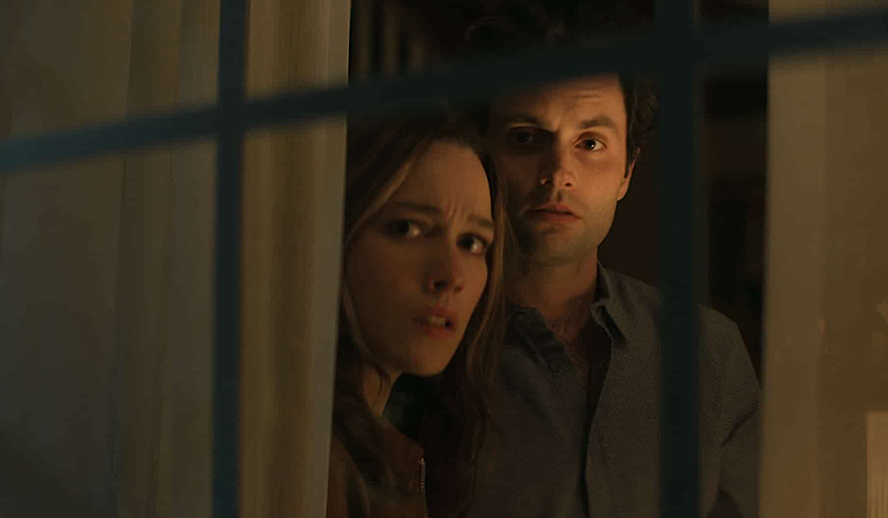 Back in 2017, the psychological thriller series ‘You’ premiered on Lifetime to lower viewership but high praise for its gripping drama and thriller elements that made it so engaging to watch. It wasn’t until its premiere on Netflix later that year that the show became truly popular, as Netflix opened it up to a wider audience. Netflix soon picked it up for Season 2 to premiere in 2019, where the show’s popularity continued to rise as critics and audiences continued the praise.

Now in 2021, ‘You’ is finally back for its third season, and the hype surrounding it is bigger than ever. For those who have been waiting the last two years to see what’s next for everyone’s favorite serial killer Joe Goldberg, Season 3 has proven to be worth the wait as showrunners Greg Berlanti and Sera Gamble bring back everything audiences love and more about the acclaimed show. With new obstacles and more chilling moments, the Netflix hit goes for a three-peat with an absolutely mesmerizing season of television.

‘You’ Season 3: What Happened and What’s Next

When we last saw Joe, he was finally letting go of his stalker ways and settling down with his pregnant girlfriend, Love Quinn (Victoria Pedretti), in the suburbs of California. Now, he’s all settled in. Love has become his wife, they have a son named Henry (also known as Forty, much to Joe’s chagrin) and they are making friends with the other rich couples in their neighborhood, Madre Linda. With such a drastic lifestyle change, Joe and Love are hoping to put their psychotic tendencies behind them and start a new life as young parents. Joe spends his time in the town’s bookstore and Love opens her own bakery with the hopes of making a place that’s her own. But everything isn’t as easy as it seems to be.

In the season’s first two episodes, “And They Lived Happily Ever After” and “So I Married an Axe Murderer”, Joe finds himself slipping back into old habits when he first meets their next-door neighbor, Natalie (Michaela McManus). Despite both of them being married, he can’t help but feel intrigued by her, which leads to him stalking her around town. Joe also finds himself struggling in the suburbs more than he anticipated, as his old way of life conflicts with his new quieter lifestyle. As he and Love handle their marriage and parental duties, Love also deals with the neighborhood’s social hierarchy as she tries to fit in with mom-influencer Sherry Conrad (Shalita Grant). With all of the problems life throws at the couple, they’ll have to learn to get through them together, if they can ever learn to trust each other first.

Joe and Love: Marriage and Murder

But through these problems, they try to work as a team. ‘You’ is no longer the Penn Badgley show anymore, with Season 2’s Victoria Pedretti returning as Joe’s spouse, the impulsive and just-as-crazy Love Quinn, now going by Love Quinn-Goldberg. Pedretti is great here, showing the many different personalities that are all wrapped into Love. There’s the tender and quirky side that Joe first fell in love with, and there’s also the jealous, impulsive, and murderous side that gets the better of her sometimes. In “So I Married an Axe Murderer”, after Love kills someone in a fit of jealousy, the couple works together to hide the body and cover their tracks. In the first half of the episode, we see them talking about their marriage struggles, all of which are based on their disposing of the victim’s body. It’s a funny contrast as Joe compares murdering someone to breaking a vase. “It was priceless. Impossible to undo,” he adds.

What makes this season stand out from the other two is that Joe starts off feeling trapped in a situation he can’t control. After Love revealed herself last season to be just as psychotic as he, his attraction to her has faded. Expecting a girl, he plans to take his newborn daughter away and run away from Love. But his child isn’t actually a girl. Love ends up giving birth to a boy, something that nobody, especially Joe, expected. Now, Joe wants to do his best to give Henry the ideal family life that he never had.

He struggles to find a connection with his son, something that he and Love often fight about. ‘You’ goes further into exploring Joe’s messed-up psyche and shaping how he became the man he is now. We hear more of his inner thoughts and see moments from his past as a child in an orphanage. Goldberg’s portrayal is as sharp as ever, making Joe’s pretentious attitude and warped view of the world feel sympathetic. Despite his many, MANY flaws, he makes it easy for audiences to root for, even if he’s definitely the wrong person to be rooting for in the first place. Together, Badgley and Pedretti are a great match for one another as their personalities mesh together in unity and clash in the worst ways. They are their own best friend and worst enemy, and it makes for some entertaining television.

Rounding out the cast is Saffron Burrows as Dottie Quinn, who returns from Season 2 as Love’s overbearing, grieving mother, who spends her days doting over Henry to the annoyance of Love and Joe. Michaela McManus plays the couple’s neighbor, Natalie, who Joe takes an interest in early on. Sherry Conrad, played by Shalita Grant, rules Madre Linda as the top dog in a ‘Mean Girls’-esque clique that is in charge of every social aspect in the neighborhood. Someone who really draws attention is Natalie’s stepson, Theo (Dylan Arnold), who has a growing attraction for Love and does what he can to get close to her. All of these characters round out the quiet suburbia of Madre Linda, and all of these people are in imminent danger as they cross paths with Joe and Love.

Overall, ‘You’ is back and continues to bring many of the aspects of the show that everyone has loved from the previous two seasons. Joe is as enigmatic as ever, his misogyny and creepy mannerisms prove to still be just as terrifying as before. The show still has its moments of horror that will keep you gripping the edge of your seat, and its other moments of intrigue, where you can feel the tension in just a single shot. ‘You’ has grown since its first season, and I’m looking forward to seeing where it goes next after a stellar third season that shows no sign of slowing down for its protagonist.

‘You’ Season 3 is now streaming on Netflix.