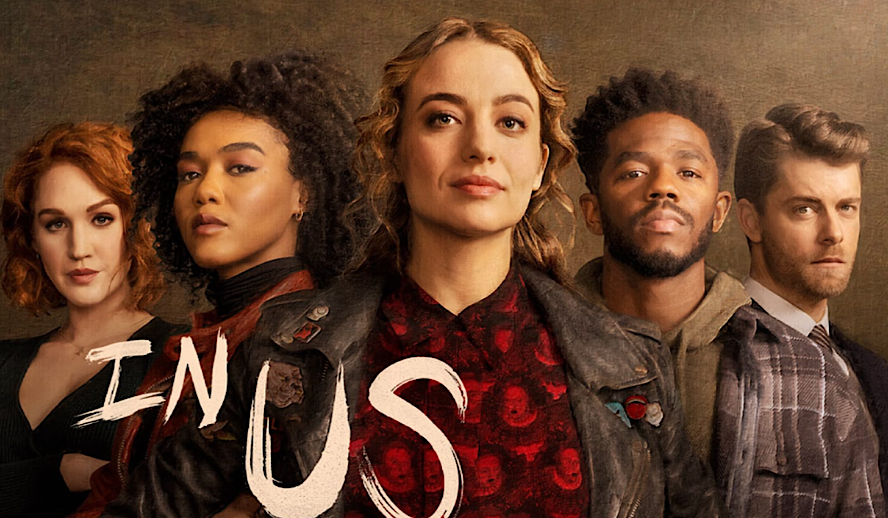 Photo: ‘The Republic of Sarah’/CW

A Fresh Face for The CW

I’ve been a major fan of The CW since I first discovered shows like ‘Gossip Girl’, ‘90210’, and ‘The Secret Circle’, however it seems that the network slowly seemed to shift its target audience over time. It’s no secret that more than half of the shows currently on CW’s roster are in the superhero/fantasy/comic book realm. From ‘DC Legends of Tomorrow’ and ‘The Flash’ to ‘Legacies’ and ‘Riverdale’ which is about to premiere its’ sixth season. In my opinion, the network almost lacks real-life inspired shows. This is why I was delighted to hear of the upcoming series ‘The Republic of Sarah’ created and written by Jeffrey Paul King (‘Elementary’).

The show is set in Greylock, New Hampshire, which is undergoing major changes once a large amount of coltan, an extremely treasured metallic ore primarily used to make parts for electronics, has been discovered directly under the town. Considering how valuable it is to the tech industry, a mining company has big plans to extract the mineral which would subsequently destroy the small town.

Greylock’s residents are in jeopardy of losing their homes considering many of the deposits sit on private properties; that is until Sarah Cooper steps in. Cooper works as a teacher at the local high school and vows to stop at nothing to save her city and to lead her students to victory. She digs deep to locate her town’s history where she discovers a loophole – Greylock is neither part of the United States or Canada which proposes the thought for her to turn their quaint town into its own country.

What fans may not know about this series is that it went through many significant changes before landing on our television screens. For example, it was originally developed and cast for CBS in 2019, with ’Grey’s Anatomy’ alum Sarah Drew attached to play the starring role of Sarah Cooper. While a pilot was ordered, CBS ended up passing on the show. The CW did not hesitate to take on the project even though it was originally developed for another network and ordered a pilot for the series. The CW also wanted to rework the show for a younger audience and decided that aging down the role of Sarah would likely receive a more positive response from viewers.

Finding the perfect actress to take on this role was an exciting challenge for show-runner Jeffrey King. In an interview with Collider, he spoke on the casting process and why actress Stella Baker was the right woman for the job. “When she came to her audition and stuff, talking to her, she’s so thoughtful. She’s so clever. She embraces imperfection. Talking to her about the story and about the way she acts and the way the character works, she was so excited every time Sarah was going to make a mistake.

Every time Sarah screwed up, she was thrilled, because it just spoke to the realism and imperfection of humanity and of life.” An obvious choice, Baker was announced as the starring role in February of 2020. From there, Luke Mitchell (‘Agents of S.H.I.E.L.D’), Landry Bender (‘Looking for Alaska’), Hope Lauren, Ian Duff (‘Judas and the Black Messiah’), Forrest Goodluck (‘Cherry’), and Nia Holloway filled out the remaining cast and The CW announced they were picking up a 13-episode season.

‘The Republic of Sarah’ – What To Expect From Season One

The pilot alone gives fans an idea of the drama that will take place over the next twelve weeks, packing as much as possible in a single hour than most shows can deliver in an entire season. Within the first episode, an obvious love interest is apparent right off the bat between Sarah Cooper and Grover, played by Ian Duff. Built-up tension and family turmoil begins to unfold between Sarah and her brother Danny, played by Luke Mitchell who is in charge of the coltan excavation; and Sarah even lands herself in jail; however, I’ll leave it to you to find out exactly how she managed that predicament.

One of my favorite things about this show is the contrasting storylines between adults and teenagers. Sarah Cooper serves as a mentor to her young impressionable high school students. As a younger viewer myself, I felt connected to the three lead teens, Bella Whitmore (Landry Bender) the mayors pretty popular daughter amongst her peers, Maya Jimenez (Isabella Alvarez) the new kid in town from Los Angeles, and the quiet yet contemplative Tyler Easterbrook (Forrest Goodluck). It’s obvious that these three will grow over the duration of the series especially having a teacher like Sarah in their lives who will continue to push them to speak up and break out of their comfort zones as major changes are happening around them.

I think this show is exactly what The CW needed – one that promotes fighting for a change as opposed to fighting fictional crime by superheroes. Actress Stella Baker stated in an interview with Deadline, “Everyone’s ordinary until you just try to do a thing – a thing that’s not been done before,” she said. “That’s really what the show is – it’s not about being extraordinary, it’s just about standing by something and fighting for it.” I admire that these characters are authentic and relatable, a vast difference to many CW characters who are doused in gaudy clothes and bright red lipstick.

Showrunner King spoke on this exact topic in the same interview with Deadline, “It felt like something I would like to watch on TV. TV, as we all know, can sometimes be very glossy and perfect and I think it’s hard for viewers to see themselves in that when characters are in 7-inch stilettos,” King said. “Our characters are real people.” All being said, I am a huge fan of this show and cannot wait to continue watching. ‘The Republic of Sarah’ is currently airing Monday nights on The CW and can also be viewed on The CW app.