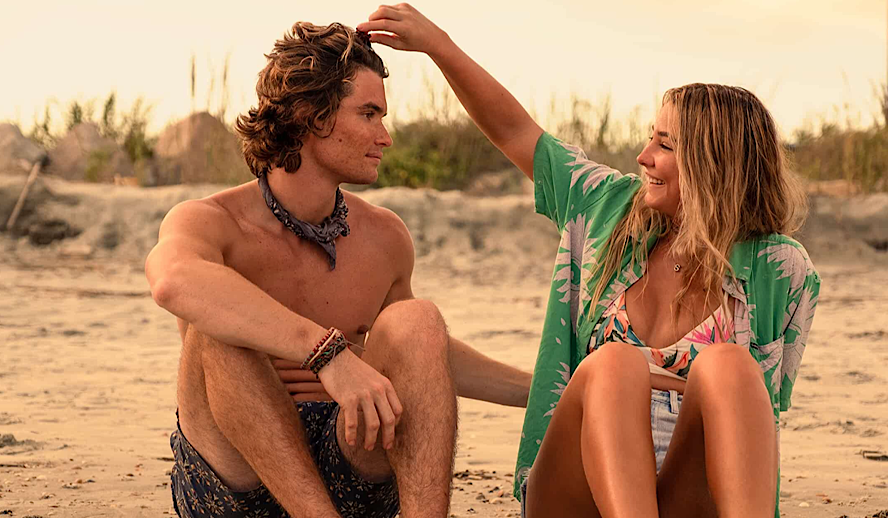 The Go-to Show of the Pandemic

Let’s set the scene, shall we? It’s only a month and a half into quarantine. You’ve probably binged all there is to see on Netflix, Hulu, and Amazon combined and are looking for that next great series. Thankfully, Netflix was here to deliver prime content with the release of their adrenaline-filled, revenge-seeking, romance-heavy drama: ‘Outer Banks’. The first season premiered mid-April of 2020, and if you’re anything like me, you probably binged the entire season in a matter of 2 days, maybe less if you were more ambitious than I was.

It was the best distraction I could have asked for during an extremely dreary time and I’ve waited over an entire year to see how the rest of the story continues. Low and behold, we were graced with the second season just a few days ago, and rest assured: it is just as great as the first. If you haven’t started the second season let’s refresh where we left off in season 1 and all that we have to look forward to in season 2.

Where We Left Off in Season 1: Pogues vs Kooks

Season 1 was primarily about the dynamic between John B. (Chase Stokes) and his best friends Kiara (Madison Bailey), JJ (Rudy Pankow), and Pope (Jonathon Daviss) the “Pogues” of the island. The Pogues, named after the fish, are the working-class folks of the island who are primarily from the south side of the Outer Banks. They are the lowest on the food chain. The Kooks on the other hand live on the north side and live rather lavish lives full of power and privilege.

John B. works for one of the most powerful Kook families, the Cameron’s, and gets involved with his boss’s daughter Sarah (Madelyn Cline). The bottom line for season 1 is John B sets out on a mission to locate his father who went missing. Along the ride, John B. and his friends find a sunken boat with a clue that the four believe is linked to his dad and the large stash of gold that is hidden somewhere on the island. The four set out on a treasure hunt all while John B. gets closer with Sarah. Friendships are tested, romance sparks and everyone’s safety is in jeopardy.

The last episode of season 1 will have you holding your breath. After the Pogues find the $400 million in gold, Sarah Cameron’s father, Ward, took it from them before they were able to obtain it all. Ward plans to send the gold to the Bahamas, far away from the island as possible and this is when chaos ensues. The town sheriff is murdered by Wards son, John B. is wanted for her murder, and in response decides to flee the country along with his now girlfriend, Sarah, during a monstrous storm, forcing fans to wonder if the two will even make it out of the storm alive. Of course, the dynamic duo was able to catch the attention of another boat passing by who just so happens to be heading to the Bahamas (where the gold was shipped to). So convenient.

Outer Banks Season 2: Where the Story Picks Up

The first episode picks up with the familiar narration that we all grew to love in season 1. John B. is talking to the audience over shots of the Pogues back home, the funeral for the fallen town sheriff, along with the beautiful scenery of the Outer Banks we fell in love with in the first season. All while he and Sarah Cameron are hiding on a large boat that is traveling overseas toward the Caribbean. As the couple is making their way to search for the stolen gold while also outrunning the police, Pope, Kiara and JJ are grieving their losses as they have been presumed lost at sea. Within the first five minutes of the second season, the people operating the boat in which the couple is hiding, come to find out that the two are fugitives and there is a $50,000 reward for John B.

In true Outer Banks fashion, the stakes are high and the two are smarter than we think, already escaping the boat and running away from the police as soon as the boat docked in Nassau. Chase Stokes, the face of the series, spoke to Decider on the differences from season 1 to season 2, “This season is a lot different than Season 1 in a lot of different ways. It goes in, obviously, a very obnoxiously large, chaotic sort of arc. But I’m excited for people to see it. We put a lot of heart and a lot of soul into it. And to film it during a pandemic was brutal. But we made it work,” Stokes told Decider. “It’s like if you took adrenaline and just stabbed it in your thigh. That’s Season 2.”

By the first episode alone, I can expect the rest of the season to be more action-packed and tension-filled than the first. Each character is going through their own traumas that they have developed over the course of the first season, and not only do they have names to clear but they have stolen treasure to resurrect. The pacing is quick and every scene feels heightened. In an interview with E! News, Stokes was asked what the next chapter for the Pogues looks like and whether or not they are going to seek revenge to which he answered, “It’s gonna be a lot of them discovering about themselves, and I think as a young teenager learning about yourself through experience and through trial and error is an important message.

So, I’m very excited because I’m glad to tell the story. I think it’s exciting for kids to see the journey of teenagers on screen, exploring and learning about themselves through some larger-than-life events. But, with that being said, it’s still grounded in reality, I guess you would say. So, they’re gonna be tested.”

All of season 2 is now streaming on Netflix.