How Do A-List Stars Justify Working With Self-Confessed Sexual Harasser David O. Russell Who Abused His Own Niece? 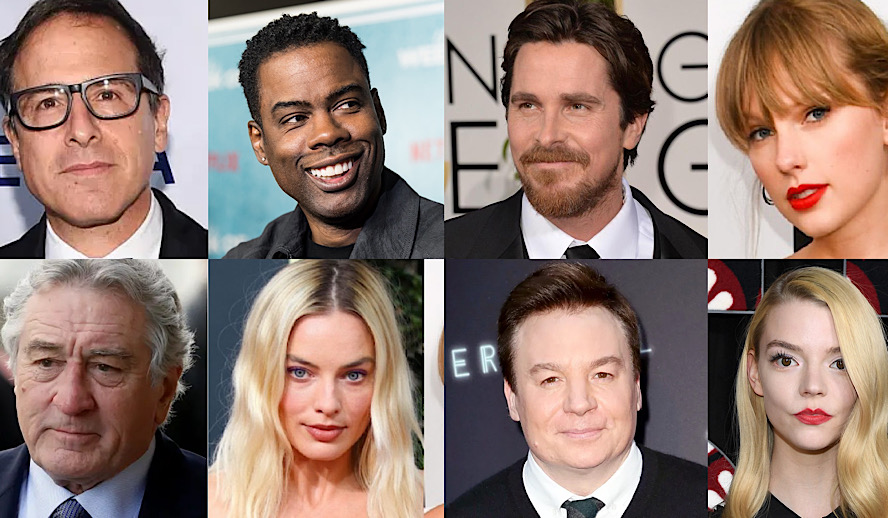 Margot Robbie, Christian Bale, John David Washington, Rami Malek, Anya Taylor-Joy, Chris Rock, Robert De Niro, Mike Myers, and most recently, Taylor Swift – all these stars have been cast in the upcoming David O. Russell film. Currently, the film is untitled. Russell is most well known for his feel-good adaptation of the novel of the same name by Matthew Quick, ‘Silver Linings Playbook’.

An extremely accomplished writer and director, claiming eight Academy Award nominations for the aforementioned film, including the highly sought after Best Picture, Best Director, and Best Adapted Screenplay nominations. Although an elite storyteller, David O. Russell is also an admitted abuser of women, a shocking claim corroborated by on-set horror stories from the likes of Amy Adams and Julia Stiles among many other respected names.

David O. Russell – The “Allegations” Which He Admitted To

In 2011, while carrying out a monogamous relationship with his significant other and business partner Holly Davis and caring for an adopted son, Russell was accused of groping his 19-year-old transgender niece at a public gym. (Trigger Warning) According to police reports, Russell assisted his niece in an abdominal exercise and subsequently groped both her breasts and her vaginal area. It is reported that he placed his hand on her vagina, then slid both hands under her shirt after asking what kind of hormones she used to enhance her breast size.

Within the police reports, it is also shown that Russell admits the incident took place but places blame squarely on his niece, claiming she was acting provocatively towards him. This information was only brought to light following the 2014 Sony Pictures data hack orchestrated by the “Guardians of Peace” which was most famed for revealing ‘The Interview’ a comedy parodying North Korean dictator Kim Jong Un.

Aside from direct sexual misconduct, David O. Russell has an illustrious and widely documented career degrading women on-set and sparking physical altercations with those who challenge him. “You can yell and scream and even fire him, but what you can’t do is humiliate him in front of people. Not on my set, if I have any say about it,” stated George Clooney to Playboy in a 2000 interview about the multitude of on-set issues with the director. Clooney would go on to detail Russell making several writers cry, physical altercations with extras, and the humiliation of a stunt driver.

All of this took place in one shoot of ‘Three Kings,’ a production that concluded in less than a three-month period. “It was a dangerous time…I was trying to make things work, so I went over and put my arm around him. I said, ‘David, it’s a big day. But you can’t shove, push or humiliate people who aren’t allowed to defend themselves.’ He turned on me and said, ‘Why don’t you just worry about your f*cked-up act? You’re being a d*ck. You want to hit me? You want to hit me? Come on, p*ssy, hit me.’ I’m looking at him like he’s out of his mind. Then he started banging me on the head with his head. He goes, ‘Hit me, you p*ssy. Hit me.’ Then he got me by the throat and I went nuts…” Clooney states, going on to say, “Truly, without exception, the worst experience of my life.”

like it’s not even a rumor, he’s talked about it! we know it happened!

"Russell’s transgender niece filed a complaint accusing Russell of coming on to her at a Florida gym, squeezing her breasts…

Russell confirmed that the incident happened […] but told police that his niece was “acting very provocative toward him."https://t.co/arUPnIUuKV

If second-hand retelling isn’t valid enough, there is a rather damning video evidence of Russell’s toxic behavior from the filming of ‘I Heart Huckabees’ where he berated actress Lily Tomlin. In the video, Russell is seen throwing objects at the female and calling her a b*tch numerous times as well as a c*nt. The clip is horrifying, egregious, exploitative-riddled and truly one of the worst things I have ever seen. I recommend you watch it, just click the previous link, but only if you are prepared and ready for a triggering experience.

Amy Adams chimed in on Russell’s on-set behavior in a GQ interview stating, “I was really just devastated on set. I mean, not every day, but most. Jennifer [Lawrence] doesn’t take any of it on. She’s Teflon. And I am not Teflon. But I also don’t like to see other people treated badly. It’s not OK with me. Life to me is more important than movies.” Russell’s behavior was so derogatory towards Adam’s that co-star Christian Bale had to interfere, telling Russell to, “…stop being an a**hole,” a claim corroborated by Sony Entertainment CEO Michael Lynton.

Certainly, it’s not illegal to be a jerk or a tough-as-nails, passionate boss, but it certainly is illegal to sexually assault your niece and physically assault people who work for you. How has David O. Russell been allowed to continue working after more than two decades worth of well-documented abuse, both mentally and physically? Well, Hollywood is a very hypocritical enterprise.

David O. Russell was actively writing, producing, and directing projects until 2015 when the backlash from the Sony data hack became so severe that production houses were forced to cut ties. In the year 2015, a number of key decisions and statements were made by executives with regard to both Russell and his current creative endeavors. The most telling of these decisions was done by Amazon Studios who signed the director to direct an original feature film.

The company knew full well of the documented history of abuse when signing him, and ultimately the company was forced to cancel the project, but not for reasons you would expect. As mentioned, Amazon was aware of the “allegations” and therefore cited Russell’s relationship as well as the film’s financial backing coming from The Weinstein Company which, obviously, is named after the now defamed rapist, Harvey Weinstein.

Now, five years after whatever substantial backlash David O. Russell was facing at the time, the problematic director finds himself praised for an uber-anticipated production. How is it that this man finds a career renaissance with the most hotly discussed film of his life other than the clear hypocrisy of the money-hungry executive landscape of Hollywood? Clearly, people are more likely to forego their judgment for a person who was nominated for Best Director than they would an upcoming indie filmmaker, and that’s quite obvious, albeit reprehensibly vile.

Being David O. Russell’s first film in more than five years, it will be interesting to see the critical and audience response to this. There has already been significant push-back from both media outlets and fans alike, but the production continues to chug on and sign A-list star after A-list star. The film, as mentioned, is untitled and has been shrouded in a tight veil of secrecy. All that’s publicly known about the upcoming film is that it’s a period piece and its ensemble cast is quite impressive. I’m sure the film will be good, as Russell is a talented filmmaker and the cast is very capable of putting forth banner work, which leads to a rather ambiguous moral dilemma:

Will we support this film (especially if it’s good) despite what’s known about David O. Russell?