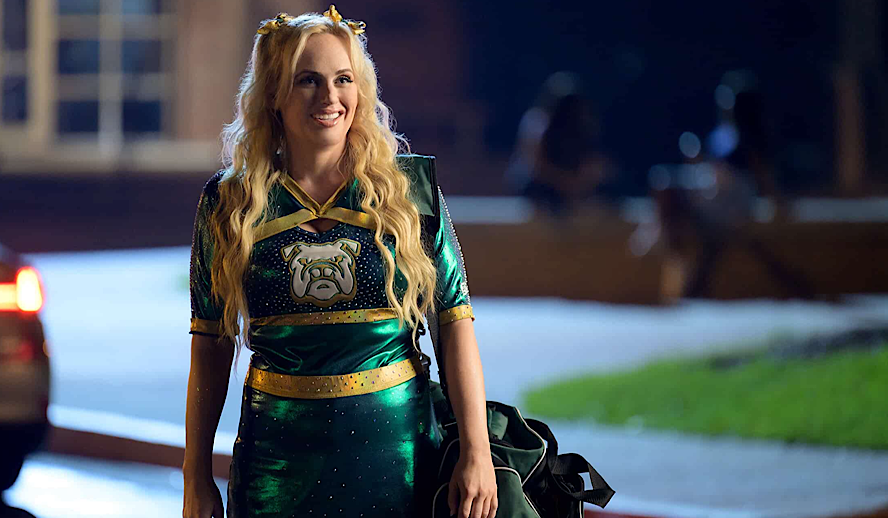 Back to High School

A cheer captain on track to becoming prom queen, and hitched to the boyfriend of her dreams, Stephanie Conway (Angourie Rice) is at the height of her high school career. She’s even gone to the trouble of founding a school archive to populate with a tape of her final cheer routine. All of that comes crashing down when a botched stunt sends her into a coma. When Stephanie wakes up 20 years later (Rebel Wilson), she’s stuck in the mind of a 17-year-old senior. She goes back to school to finish out her senior year and become prom queen, only to find out that prom royalty has been abolished from her school. Oh, and her high school beau married her rival.

On her quest to win back her man and reinstate the crowning achievement of prom queendom that she always imagined achieving, Stephanie learns that the people who really care about her are far more important than popularity. If you’ve seen any teen movies from the late 90s and early aughts, you’ve seen that story plenty of times. ‘Senior Year’ doesn’t shy away from that. This movie leans into those familiar tropes to see what appearances they’ve taken on today. It’s a sweet, silly high school flick that isn’t intended to make you think too hard, but is thoughtful enough to be genuinely funny.

Stephanie finds out pretty quickly that a lot of things have changed during her 20 comatose years. Outwardly, that is. On her ride from the hospital, she uses both “gay” and “retarded” as demeaning words, which her dad (Chris Parnell) and her best friend Martha (Mary Holland) quickly explain are no longer acceptable to use that way. When she meets two of the school’s cheerleaders, Yaz (Joshua Colley) and Janet (Avantika), she learns that cheerleaders and football players are no longer the most popular kids in school. That spot has been taken by socially conscious influencer Bri Loves (Jade Bender) and her kilt-sporting boyfriend Lance (Michael Cimino). Perhaps you’ve already inferred that despite significant changes in socially accepted behavior, the underlying social dynamics of high school have remained intact.

Martha, now school principal, has completely restructured the cheer team so that no one is captain and all of the cheers are meant to raise awareness of social issues. Bri, daughter of Stephanie’s rival Tiffany (Zoe Chao), doesn’t connect with Stephanie’s popular-girl slang, which still includes “slut” and the b-word as descriptors for friends. The first half of the film uses all of these changes to great comedic effect, poking fun at both the brash aesthetic of early 2000s movie teens and the excessive self-consciousness that rules the modern-day.

We also get to see how the status game can continue into adult life if you let it. Tiffany and her husband Blaine (Justin Hartley), who you’ll remember was Stephanie’s high school boyfriend, are still caught up in maintaining a social image, and it has a terrible effect on their marriage and their daughter. In ‘Senior Year,’ the changes in outward behavior between 2002 and 2022 have done nothing to change the destructive popularity contest that seems to loom over a lot of people’s lives. As the film progresses, however, we see that something besides the popularity contest has remained the same. It can be escaped.

As with the majority of these kinds of movies, Stephanie comes to the realization that her friends and family have given her much more than being prom queen ever could. Her friend Seth (Sam Richardson), who had a crush on her throughout high school, finds himself being used once more to attract the attention of Blaine. Stephanie, still intent on winning back the man she envisioned her future with, uses Seth to make him jealous. Seth, a grown man now, plays along but eventually helps her to see that Blaine is no good for her and he’s been there all along. It’s another age-old trope, and their relationship works as a throughline to track the progress of Stephanie’s progress towards liberation from popularity-chasing.

The moment when it finally clicks, however, happens woman to woman. After her prom party goes wrong, Stephanie finds herself in an Uber with the woman she idolizes. Deanna Russo (Alicia Silverstone), once a prom queen and the owner of Stephanie’s dream house, is now a divorcee driving for Uber to pay for her community college classes. What sounds tragic turns out to be uplifting, as Deanna confesses that she feels more hopeful about her future than she ever has.

Casting Alicia Silverstone is of course no accident. Silverstone’s iconic performance in ‘Clueless’ helped cement the film’s continued cult following. In it, she played a role similar to Rebel Wilson’s in ‘Senior Year,’ a popular girl obsessed with her image who learns that other things are more important. Seeing a more mature Silverstone so distanced from the trappings of social status is as liberating for the audience as it is for Stephanie in the movie.

With its nostalgic soundtrack, the familiar-but-different cast of characters, and plenty of laughs to be had, ‘Senior Year’ is a great Friday-night watch for all ages high school and up. It’s a familiar story, but director Alex Hardcastle captured the self-aware tone of the script in a way that makes the familiarity comforting and fun. The creative team also did a great job of critiquing the modern-day popularity game without dragging down the good that has come about as a result of some social changes. The big dance number that ties a ribbon on the film features all of the characters expressing their truest, least image-obsessed selves, separating the joy of self-expression from the self-curation that poses as truth in our social media feeds.

As for the stars, Rebel Wilson will once more play someone who has sustained brain injuries in ‘The Almond and the Seahorse,’ projected to release later this year. Angourie Rice will star in another high school movie, ‘Honor Society,’ also projected to release this year. Sam Richardson currently features in the Apple original series ‘The Afterparty,’ and will star in ‘Hocus Pocus 2.’ Mary Holland will star in the series ‘Day Job,’ which is currently in production.