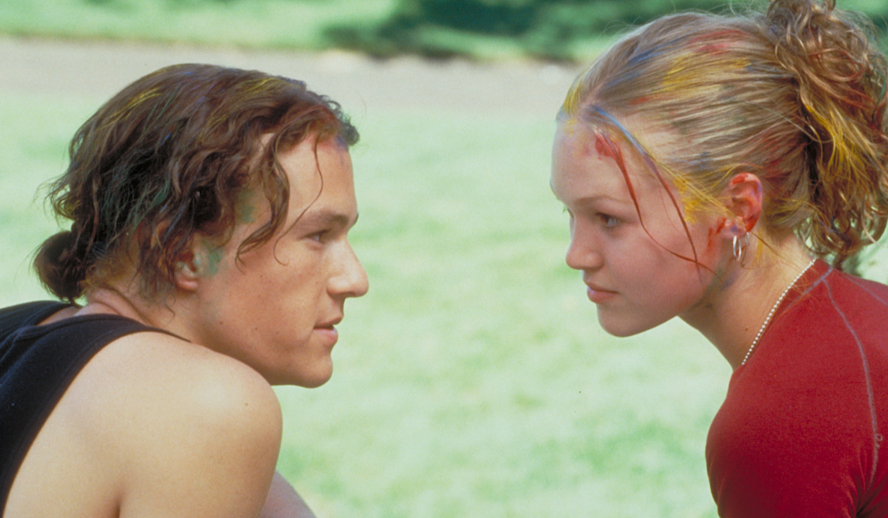 ‘Clueless’ goes down in history as one of the best and most memorable teen comedies of the 90’s, if not of all time. While the original story is certainly a classic, ‘Clueless’ has become a cultural icon of its own right. This film mirrors the classic Jane Austen story, ‘Emma’, in which a popular, talented young girl embarks on a new activity – matchmaking – for her newer, less polished friend Harriet. Over the course of her endeavors, Emma comes to realize that she’s out of her depth when it comes to matters of the heart, and becomes entangled within an array of problems of all of her own.

In contrast to the bourgeoisie dynamics of the early 1800s, we’re transplanted into a mid-90’s Los Angeles high school. Cher (Alicia Silverstone) is a student at this school and affluent young socialite who meets a new girl, Tai (Brittany Murphy), who is much less privileged and put-together than Cher or her closest peers. Cher, seeing the strategy in everything, decides to use Harriet as an opportunity to ‘give back to the community’, and gives her a makeover. When Harriet’s popularity begins to supersede Cher’s and she begins to pursue Cher’s ex-step brother, Josh (Paul Rudd), Cher realizes that she was in love with him all along. This is where she evolves, coming to realize the importance of true service and care for others, rather than the superficiality of a cute makeover or social relevance.

‘Clueless’ embeds the familiar plot of ‘Emma’ with undeniable style, not only in the form of plaid skirts and Calvin Klein mini-dresses, but in the form of west-coast slang and the vibrant, charming tone which permeates the entire movie. It successfully captures the class dynamics of the original plot but has fun while doing it, and really expresses the evolution of our deeply lovable but dimensional main characters. Within all of us, there’s a little bit of Cher/Emma, and there’s a little bit of Harriet/Tai. ‘Clueless’ sees that.

‘10 Things I Hate About You’ is an important staple of modern Shakespearean adaptations as an undeniably 90’s spin on ‘The Taming of the Shrew’. The cast is star-studded in a way that has certainly appreciated over time, including Heath Ledger (in his first American film), Julia Stiles, Joseph Gordon-Levitt, and Gabrielle Union.

The story, both with the play and film, centers around the relationship between Bianca, Katherina (Kat), and their male suitors. In the play, Katherina is an aggressive and unruly woman who is seen as ‘unfit’ for courtship. In contrast, her younger sister, Bianca, appears much more demure, and is seen as the ideal wife by multiple men. Their strict father, Baptista Minola (Walter played by Larry Miller), has implemented a rule that Bianca may not marry until her seemingly unweddable sister is married. In an effort to accelerate Bianca’s availability, one of the suitors, Hortencio (Joey Donner played by Andrew Keegan), recruits Petruchio (Ledger) to pursue Katherina.

The best thing about the adaptation is the way that it turns the latent misogyny of the Old World on its head. While Kat is portrayed as a grumpy, combative social activist in order to mirror her expected ‘shrewdness’ in the original plot, Patrick never comes to revel in his ‘taming’ of the headstrong woman. Rather, he is accepting and loving towards her true character, and realizes how attractive all of those qualities truly are. In this way, ‘10 Things I Hate About You’ does what literary adaptations of classic stories should do: expands stylistically on the story, and smartly comments on the original themes of the story, dated as they may be.

The final adaptation we’ll review is ‘She’s the Man’, a hilarious reimagining of Shakespearean romantic comedy, ‘Twelfth Night’. Released in 2006, ‘She’s the Man’ fittingly stars memorable actors of the time period, Amanda Bynes and Channing Tatum, and infuses this age-old tale with the silly Y2K spark that it so deserved.

The original ‘Twelfth Night’ play focuses on twin siblings, Viola and Sebastian, who are suddenly shipwrecked upon the Illyrian coast and separated from one another. Viola, believing her brother to be dead, disguises herself as a man named Cesario and enters the service of the Duke of Illyria, Duke Corsino. From here, a distinctly Shakespearean love triangle ensues, in which Viola falls in love with Duke Corsino, Duke Corsino pines over a countess named Olivia, and Olivia becomes entranced by the disguised Viola, ‘Cesario’.

The adaptation is certainly tweaked to fit the confines of a high school comedy, with Sebastian’s (James Kirk) shipwreck and subsequent absence instead being prompted by his overseas enrollment in the prestigious boarding school, ‘Illyria’. Sebastian skips school to travel around London with his band, and Viola (Bynes) agrees to take his place. At Illyria, Viola joins the boys soccer team in an effort to prove the merit of female soccer players to her sexist counterparts, and ends up falling in love with her roommate and the team captain, Duke Orsino (Tatum). From here, the adaptation expands on the classic story themes: love, gender, and deception.

This story seems to be one that is less familiar, and was riper for a new Cinematic take. While ‘She’s the Man’ is largely a drop in the bucket of teen slapstick comedies of the new millennium. However, it’s undeniably a good time, and a reminder that though centuries have passed since the genesis of these classic tales, some stories just never get old.