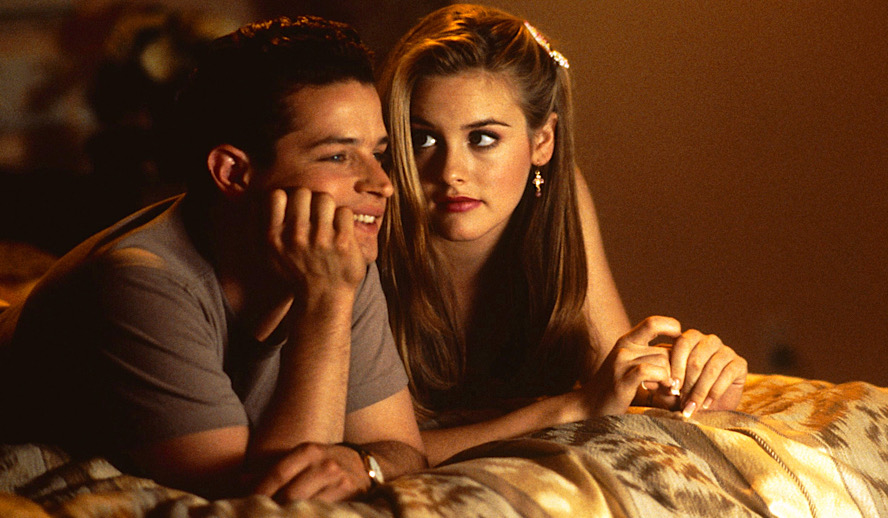 Living in L.A. has its perks and its downfalls, but one of the perks is, if you decide to stroll down Melrose avenue on a Thursday afternoon, you might encounter a celebrity. And if you’re lucky enough, that celeb might be an icon from the 90s.

I was walking down Melrose Avenue when a woman wearing a white summer dress looked at me. Her face looked familiar, she had light brown hair and blue eyes, and it took me a second way too long to realize who I had just seen. Alicia Silverstone had just passed me by, and I didn’t say anything! In a perfect world, I would’ve realized who had just walked past me, which is a pop-culture queen, and been like, “What are you wearing?” to which she would’ve replied something like, “A dress!” and maybe the two-second moment would’ve become a complete re-enactment of a ‘Clueless‘ scene.

Maybe she would’ve posted it on TikTok, and then we would’ve been best friends. Sadly, that did not happen. In reality, I had said nothing and was extremely disappointed with myself. Alicia was not wearing an Alaïa, but one of those flower maxi dresses featured on Vogue as the ultimate summer dress. She was also not a full-on Monet, as she really did look flawless, just like she did twenty-six years ago when she starred in the high school movie ‘Clueless.‘

‘Clueless‘ has been a film that revolutionized pop culture and even fashion. I know for sure, I am not the only one who had seen that film more than five times and can easily do a face-off and stare down the competition while quoting most of it. The film gave fruition to careers like the ones of Brittany Murphy, Paul Rudd, Stacey Dash, and it has, until this day, allowed for its actors to remain trending names.

As for Alicia Silverstone, she has managed to stay up to par with today’s use of Social Media. Her favorite go-to apps are Instagram and, most recently, TikTok.  She is aware of the cultural impact of ‘Clueless’ and how the film is an emblem for the teenage experience, not only in the 90s but Gen Z’s as well. She uses her platforms to feed her followers a daily dose of nostalgia with 90s clips and remind them of those more simple days.

Her Instagram is low-key awesome; it feels like a digital time machine. Even if you weren’t born during those days or if you were not a teenager but a toddler, you wish to be taken back to a time when cellphones were bigger than your face.

Many nostalgia lovers have found Alicia’s Silverstone’s social media to be a classic piece of pop culture, as it delivers back their teenage experience. When on a trip to France, Alicia played with Fashion Designer Christian Siriano and recreated one of the most iconic scenes from ‘Clueless’ while adding a charming twist at the end. She played Cher, as Christian Siriano played Cher’s love interest, Christian, before realizing Paul Rudd’s character was the one.

The scene goes like this, Cher invited Christian over to conquer the only worthy bachelor in her high school. Cher believed High School boys to be like dogs who “slobber all over you.” As she believed to be in love with Christian (Justin Walker, the character not the designer) because he knew how to dress well, loved shopping, and loved doing many other activities that Cher liked to do. But to Cher’s disappointment, Christian was, in Murray’s terms, “a disco-dancing, Oscar Wilde-reading, Streisand ticket-holding friend of Dorothy… A cake boy!” So, he was not interested in Cher, and wholly rejected any attempt she made at cuddling with him. Siriano changes the scene and ends up playing around with Alicia, and the video ends with both of them exchanging in a sweet, endearing moment filled with laughter.

The video was posted on TikTok, and countless ‘Clueless’ quotes were filled in her comment section, this is not rare, as all of her social media is often filled with ‘Clueless’ quotes. Alicia Silverstone has been on TikTok for barely two months, and her popularity has become stronger than ever. I mean, yeah, TikTok’s algorithm does its thing, and it finds Alicia Silverstone’s extra fans. But the impact she still has on pop culture is insane. I mean, you would think that having a film that is nearly thirty years old would have been over it at least on the tenth year. Because If you think about it, the film is like almost far from a young adult!

Not long ago, Bazaar interviewed Jen Chaney, who had spent some of her time writing a book about ‘Clueless”s cultural impact called ‘As If: The Oral History of Clueless,‘ the book expands on why the film is still relevant 20 years later. Jen Chaney was asked why she thought the movie is still relevant after so many years, to which Cheney replied, “the story itself is pretty timeless. I feel like there’s a lot of things about it that make it both of its time and timeless, simultaneously.” The conversation always hinted at how brilliantly Amy Heckerling had adapted the 1851 book ‘Emma’ and turned it into a Beverly Hills fashion film—stating that in a way ‘Clueless’ was ahead of its time. Chaney thought that the digital element added to the film (like Cher’s computer choosing her outfits, I still want one of those!) helped the film be relevant to today’s era.

It Does Not Say R.S.V.P. On The Statue of Liberty

And while talking about ‘Clueless’ cultural impact, Alicia Silverstone can’t be forgotten, as she is also a reason the film has remained timeless. Alicia’s approach to the character and her persona, now, represents nostalgia, youth, and even fashion. She has created an incredible niche audience of highly loyal followers who do nothing but adore her and fill her comment section with quotable lines from the film. If you’re feeling a bit nostalgic, I would take a little look at Alicia’s Social media. You really got nothing to lose, only to gain. You will always be invited because in conclusion, may I please remind you, it does not say R.S.V.P. on the Statue of Liberty, (or Alicia’s TikTok) as Alicia will welcome you with open arms.