‘Super Pumped: The Battle for Uber’ and the Age of Bros 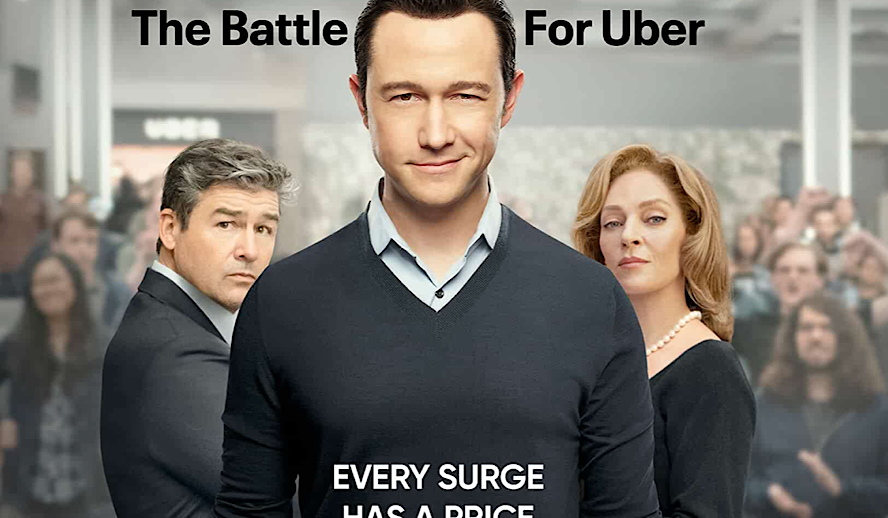 According to Men’s Health, there are many sub-genres of the “bro.”

Based on true events, ‘Super Pumped: The Battle for Uber’ has a provocative way of dramatizing the toxicity that seemingly reverberates through Silicon Valley. The series comes from the imaginative minds of Brian Koppelman, Beth Schacter, and David Levien. The brains behind Showtime’s ‘Billions.’ The creative trio wrote, directed, and executive produced ‘Super Pumped: The Battle for Uber’ to bring a wildly chaotic and true story to life. The show narrows its focus to Uber’s founder Travis Kalanick and his strengthening desire for power and fame. Considered as one of the most notable tech bros of blossoming out of Silicone Valley, Joseph Gordon-Levitt spearheads the show by playing Kalanick himself, a loose-cannon who thrives off of toxic work environments and an unquenchable thirst for worship.

“Are you an a**hole?” is our very first introduction to Gordon-Levitt as Travis Kalanick, who starts off every interview with this very question. Clearly, Kalanick is a far cry from a pleasant CEO who nurtures a comforting and positive professional environment. The name of the show hints toward a very pro-bro vibe that encompasses the founder’s way of channeling manic energy into blatant toxicity. Evidently, Kalanick is cognizant of how to ruffle as many feathers as possible. For fans of Showtime’s ‘Billions,’ the series is very much reminiscent of men high on power and actively flaunt their privilege with every opportunity thrown at them.

What Makes Travis Kalanick So Fascinating as a Character?

Firstly, it’s a story that features the antagonist as its main character. What separates Kalanick from other egotistical maniacs?  One obvious trait is that he isn’t plagued by the perceptions of others who take issues with his questionable character. Episode one of ‘Super Pumped: The Battle for Uber’ paints a very vivid portrait of a man who thrives off high-stakes drama and intensifies friction amongst others. Honestly, it makes for great television but unbearable to imagine as a superior. For some, this attribute may seem refreshing. For others, it could be a preliminary glimpse into his inevitable downfall as a tech titan.

Pop-culture enthusiasts may remember Travis Kalanick from his appearance at the Met Gala six years ago. The theme was “Manus X Machina” and naturally, all the tech bros from Silicon Valley emerged alongside celebrities and influencers. That very well could’ve been a depiction of Kalanick at his peak, making it to the illustrious carpet adorned by the flashing lights of cameras capturing his grin that makes a frustrating appearance on the show.

Before the fame, Kalanick reserved his seat among tech giants when he dramatically transformed the world of transportation with an app that connected pedestrians with paid drivers. This idea cashed in billions of dollars that bought Kalanick a seat with big names in tech. Uber carved a niche within the realm of transportation and became a global norm amongst smartphone users. In the face of all his grand achievements, the show is a humbling reminder that Kalanick is not someone to admire. Rather, it’s a narrative that draws on a narcissistic ego that exploits and abuses his privilege with self-serving gratification.

Why is Quentin Tarantino Narrating the Uber Show?

In some odd cinematic universe, it felt completely fitting to have a visionary filmmaker telling the story of a tumultuous tech giant. It could very well be that like Kalanick,  Quentin Tarantino strove to disrupt the world of cinema. In an interview with Entertainment Weekly, Koppelman explained their interest in Tarantino, “When you talk about using film techniques, it was Quentin who broke these rules of filmmaking in America.”  The show’s co-runner revealed that the show was driven by the idea of disruption. “One of the things we wanted to talk about in the show is disruption and the cost of disruption,” Beth Schacter told EW. “These are people that look at the world and see the same world you and I do, but then see something else they can disrupt… And the idea of this voiceover opened up so much in terms of what the show could do and what the show could make the audience feel.”

Film buffs may feel comforted knowing that Tarantino joined his ‘Pulp Fiction’ alumni, Uma Thurman who plays Arianna Huffington, a resumed ally who eventually takes a seat at Uber’s board. “Let me English this s— up for those of you too trusting of a smiling face to get the actual f—in’ drift,” commentary provided in classic Tarantino fashion, the dialogue of the voice-overs are calculatingly blunt and instill anecdotes of knowledge to digest the full scope of Kalanick’s contentious world.

Who is Susan Fowler and Why is She Important?

In 2017, Susan Fowler, Uber’s site reliability engineer, decided to go public and blog her horrific experiences working for the company. “Reflecting On One Very, Very Strange Year At Uber” is a devastating tale of a woman harassed and intimidated into silence by rampant gaslighting. Following her departure from the company, Fowler wrote, “On my first official day rotating on the team, my new manager sent me a string of messages over company chat. He was in an open relationship, he said, and his girlfriend was having an easy time finding new partners but he wasn’t,” she explains. Fowlers goes further, “He was trying to stay out of trouble at work, he said, but he couldn’t help getting in trouble, because he was looking for women to have sex with. It was clear that he was trying to get me to have sex with him,” she vehemently reflects.

Uber’s response was unsurprisingly underwhelming, “Upper management told me that he ‘was a high performer’ (i.e. had stellar performance reviews from his superiors) and they wouldn’t feel comfortable punishing him for what was probably just an innocent mistake on his part,” Fowler shares.

And the harassment continued with Fowler urgently seeking a reasonable course of action that would be shut down by sexism permeating throughout the company. Fowler shared examples of her distressing instances with her superiors, “… there was the organizational chaos, and there was also the sexism within the organization. When I asked our director at an org all-hands about what was being done about the dwindling numbers of women in the org compared to the rest of the company, his reply was, in a nutshell, that the women of Uber just needed to step up and be better engineers.”