Is the Pressure to be Thin in Hollywood Too… Heavy? Adele? Rebel Wilson? 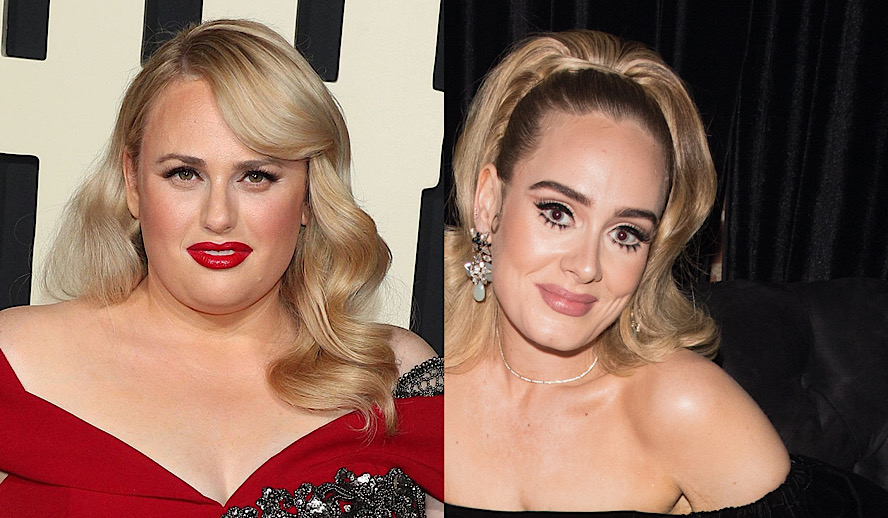 Weight and weight loss have always been a topic of controversy in the entertainment industry. From the pressure on super models to look like skin and bone corpses, to the urging of actresses to lose weight in order to land a role, it’s been a sore subject for many. In recent months, we’ve seen a whole new wave of celebrities who have been pushing the weight change articles throughout numerous publications.

Adele, who was always a recognizable larger woman, stunned the public when she resurfaced post-divorce looking the size of a third of her former self. Stress from a public breakup? Revenge body? Pressures from her executives? What drove this significant weight drop? Rebel Wilson is another example of a celebrity making headlines in recent months for her newly adopted active lifestyle. While it is great to encourage physical fitness as a method for promoting mental and physical wellbeing, the immense pressure to obtain perfection may weigh too heavy on females in entertainment.

In a modern day “be yourself” era, why is there seemingly an unbearable pressure to conform to the size 2 supposedly most desirable waist circumference? There is an undeniable lack of opportunity for bigger women in Hollywood, as they are almost always typecast for their most prominent feature – their size. Forget the fact that they can memorize a script in 1 hour, act in the league of Meryl Streep, ignore that she can speak three different languages, the focus is always on the size of the waistline.

In the #metoo era, it’s hard to imagine how such basic human feelings are overlooked in favor of making a larger actress the butt of the joke in exchange of a decent paycheck. It can be assumed that many writers and directors seek to fill leading roles with culturally “ideal” female stars, perfect hair, face, waistline, and all. It must be an immense amount of pressure and unfair standards to have to live by.

It’s Not Funny When Jokes Are Based on Weight

Regarding the butt of the joke, Rebel Wilson, who is known for her funny quips and endearing accent, couldn’t even have a name without a preface in the Pitch Perfect franchise. Rather than her character having the expected “Amy” moniker, they added a preface to it. Instead of being known as Amy, Rebel’s character is now forever immoralized as “Fat Amy.” That’s a true story, Rebel’s character in Pitch Perfect can’t simply go by Amy, it had to be “Fat Amy.” That role must have done wonders for her self-esteem. Making a joke of it on the surface can be a form of therapy for what occurs beneath the surface.

While she may have laughed it off as a funny twist on her character’s name, Rebel must have manifested the derogatory energy on a personal level. Teaching children to describe other attributes used to describe someone are some of the best fundamentals to promote. Not describing someone by their physical characteristics can help the next generation focus on inner characteristics, learning never to judge a book by its cover. Putting the scenario into context may help some to visualize the pain from an outside standpoint.

Related: ‘Shrill’: The Second Season of the Hulu Original Continues to Celebrate, Champion and Empower Women of Larger Sizes and De-Stigmatizes the Word ‘Fat’

Imagine, you spend all of your daughter’s young formative years teaching her the value of her inner smarts and inner beauty, while promoting much less attention to our appearance. Despite your years of positive reinforcement as a parent, you watch your daughter be heckled and ridiculed all on social media, magazines, and in person. You watch her to achieve her dream of becoming an actress, only to watch her face in empathy as she earns a role with the name “Fat” in front of it.

We make them the butt of the joke, and it’s lauded as fun? There is a certain amount of relentless evil that accompanies someone’s karma if they tell a woman she needs to lose weight in order to be of any value. In acting or in any capacity, it would be a much better narrative if we pushed acceptance and a body-positive mentality. That would be the definition of big and beautiful.