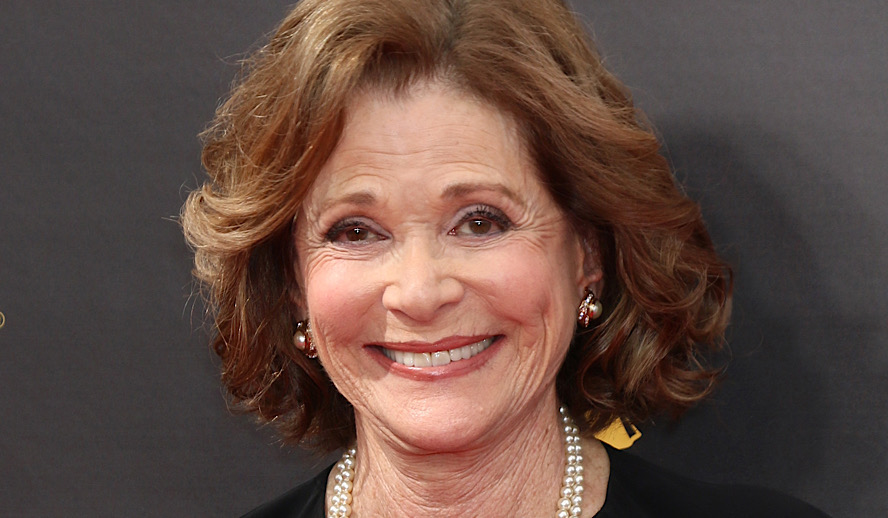 Hollywood Insider would like to send our condolences to Jessica Walter’s family – Rest in Peace!

January 31st, 1941 made for a special day in Brooklyn, New York. Jessica Walter was born into quite a talented family. Her father, David Walter was an accomplished musician and member of the NBC Symphony Orchestra. Her brother, Richard Walter ended up becoming a successful author and screenwriter. There is no doubt that she had greatness rooted in her genes. In her youth, Jessica Walter attended a well-known performing arts high school in Manhattan, New York called, High School of Performing Arts. Self-explanatory name, we know.

However, the school has birthed some incredibly talented and notable alum such as Eartha Kitt, Liza Minnelli, Jennifer Aniston, and of course Jessica Walter. Into adulthood, Walter began her career in acting on the big stage. She went on to win awards such as, Clarence Derwent Award for her outstanding Broadway performances. Walter had a deep love and appreciation for the stage, as she continued to take part in theatre productions starting from 1958, and lasting in the theatre space up until 2018. She has performed in about twenty-two theatre productions, with only about two-year gaps in between each show.

She had also been featured in twenty-two film productions and a whopping one hundred and twenty-nine television productions. To say she was quite the ‘working woman’ is a massive understatement. It is obvious that she loved her craft and wanted to pursue it any chance she could. She was a true inspiration and a testament to how dedication can take you anywhere in this world. By now, most people know about Jessica Walter’s tragic and unexpected passing earlier this week. Most people may not understand just how talented, accomplished, and versatile this woman truly was. We want to give her the tribute and respect she deserves.

A Star On Screen, On Stage and Voice Work

Jessica Walter has taken on literally hundreds of roles throughout her sixty years of acting. It would take more than a year to highlight all of her outstanding performances. So, in this article, we are going to recognize her for her most memorable roles. One role I wanted to mention is very personal to me, and I am sure others would agree. In the spring of 1991, ABC premiered Jim Henson’s iconic family sitcom, ‘Dinosaurs’. The series followed the hilarious misadventures of the anthropomorphic dinosaur family, ‘The Sinclairs’. Walter played the loving, sensible mother, Fran Sinclair. This show was one staple of a lot of people’s childhoods. We are so excited that it is now streaming on Disney+.  In Walter’s early career, she was featured in part of one of the highest-grossing films of all time, ‘Grand Prix.’

The 1996 sports drama was both a box office success and a success with critics, helping further Walter’s career. She played the role of the beautiful, Pat Stoddard, in this Hollywood classic. In her later years, Walter fell typed cast to a very specific, yet enjoyable character. Walter is most widely recognized for her role as Lucille Bluth, the witty, blasé matriarch in Fox Television’s hit sitcom, ‘Arrested Development’. Her on-camera presence made her easily one of the most memorable characters in the entire series. She has won many awards for her involvement in the show.

This gave her a second break in the industry and reintroduced her to a new generation of sitcom audiences. Walter also did some successful voice acting work such as her character Malory Archer, another verbal assassin and vain mother in the popular animated series ‘Archer’. The show originally premiered on the FX network but is now streamable on Hulu. Again, Jessica Walter’s character in ‘Archer’ became the most beloved character in the entire series by audiences.

With her wildly impressive repertoire and many iconic roles, you would think Walter would earn many more nominations and win way more awards in her sixty years of acting. However, she did end up winning ten out of her twenty-two nominations. That is truly remarkable. Not a lot of actors and actresses can say they have won half of the awards they were nominated for. Walter was nominated for two Golden Globe awards, four Primetime Emmy awards, two Annie awards, two Behind The Voice Actors awards, one ‘Clarence Derwent’ awards, one Critics Choice Super awards, seven Gold Derby awards, six Online Film & Television Association awards, two Satellite awards, three Screen Actors Guild awards, and one TV Land awards.

Jessica Walter has lived a life that so many people can only ever dream of. Her career has been fruitful and long-lasting. She has never taken a break from acting, even in her older age. Jessica Walter has brought nothing but pure joy and laughter to the lives of many. She will be sorely missed by the people who knew her both on and off the screen. May her legacy live on through her daughter and her many characters. May she rest in peace.