The ‘Almost Famous’ Musical is Headed to Broadway. How Does it Stack Up to These Movie-To-Musical Adaptations? 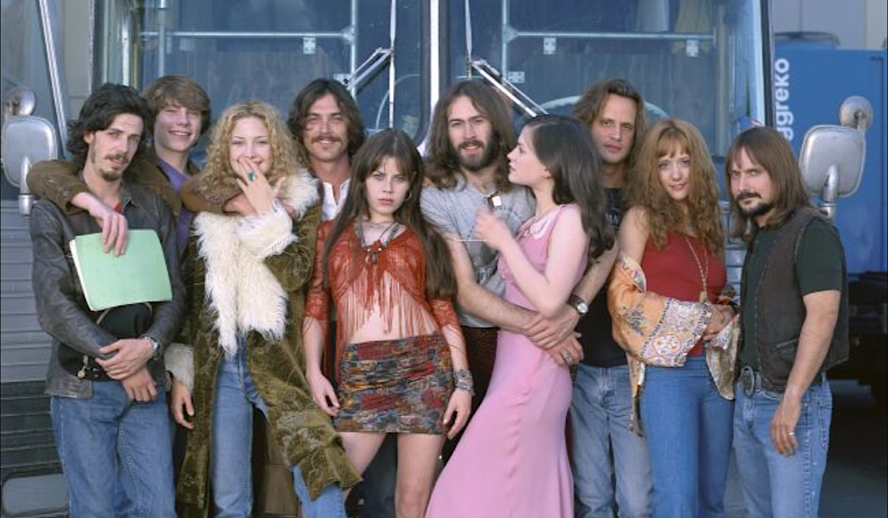 Movies and music have long been intertwined. Before Warner Bros.’ use of the Vitaphone turned “moving pictures” into “talkies,” the most upscale cinemas hosted orchestras to accompany the silent films they screened, and the first movie advertised as a talkie was a musical. ‘The Jazz Singer’ starring Al Jolson (in blackface, unfortunately), only foretold things to come. Vincente Minnelli and Stanley Donen, along with many of their contemporaries, would go on to produce a wave of iconic movie musicals in the 30s, 40s, and 50s. With their huge sets and elaborate dance breaks, Golden Age movie musicals wowed their audiences and produced some of the era’s chart-topping radio hits.

Though movie musicals come along less frequently these days, Cinema and musical theater are still intimately tied to one another. The pool of talent for Hollywood and Broadway intersects, as do the audiences. When a show is a hit on Broadway, it often finds its way into movies or TV shows, and the same is true in reverse. When a movie or show has a dedicated audience, sometimes producers see potential in musical adaptations.

One of those many adaptations, a musical based on Cameron Crowe’s ‘Almost Famous,’ recently announced that it will go to Broadway later this year. Crowe, who won an Oscar for the screenplay of ‘Almost Famous’ in 2001, wrote the musical with Tony-winner Tom Kitt (Next to Normal). After a successful run at the Old Globe in San Diego in 2019, the musical went radio silent for a short stint before this recent announcement. How it will perform on Broadway is yet to be seen. In the meantime, let’s take a look at some of the best movie-to-musical adaptations in music theater history, in this case excluding adaptations of movies that were already musicals.

Even if you don’t go for musicals, you’ve probably heard the song “Send in the Clowns.” This Sondheim classic has been covered dozens of times, most famously by Judy Collins, and it comes from a movie turned musical. Hugh Wheeler and Stephen Sondheim based A Little Night Music off of Ingmar Bergman’s ‘Smiles of a Summer Night’ (1955). The show follows Fredrik, a middle-aged lawyer, his son Henrik, and his young trophy wife Anne. Fredrik encounters an actress with whom he had an affair during his first marriage, who is currently in an affair with a Count. The characters all converge on the estate of the retired courtesan Madame Armfeldt, where a series of trysts see the couples rearranged into more fitting pairs.

This light-hearted tale, full to the brim with the dry wit of socialites, charmed audiences as both a movie and a musical. ‘Smiles of a Summer Night’ became Bergman’s breakout film, guaranteeing his financial safety for life. A Little Night Music met with critical acclaim and has seen more than a few Broadway and West End revivals.

It’s easy to forget that Little Shop of Horrors did not originate as a musical. Alan Menken and Howard Ashman, titans in the world of musicals, worked together to adapt ‘The Little Shop of Horrors’ (1960) for the stage. The Roger Corman B-movie had a cult following that only grew with Jack Nicholson’s fame. He played Wilbur Force, a masochist who was cut from the musical soon after its inception, and by the time Alan Menken and Howard Ashman began their work, Nicholson had become a star for his roles in ‘Chinatown,’ ‘The Shining,’ and ‘One Flew Over the Cuckoo’s Nest.’

Little Shop of Horrors, the musical, was adapted for the screen in 1986 with a star-studded cast including Rick Moranis, Steve Martin, John Candy, and even Bill Murray, who played a rewritten version of Wilbur Force. Since then, the musical has become an entity unto itself, widely reproduced and still thematically relevant today.

One of Billy Wilder’s best films, ‘Sunset Boulevard’ (1950), became one of Andrew Lloyd Webber’s best musicals in the early 90s. The story of former film star Norma Desmond and Joe Gillis, the young screenwriter she tries to use as an avenue back to the silver screen, entranced audiences. The dark side of the film industry is put on full display in a stylish, biting noir that retains its bite in musical form.

The film was among the first films selected for preservation in the National Film Registry, and the musical was no less acclaimed. The original production earned seven Tonys, and the show has seen many revivals despite being expensive to put on, the most recent of which was in 2017.

As with Little Shop of Horrors, modern audiences may not know that Hairspray is an adaptation of a cult classic movie. ‘Hairspray’ (1988), one of many collaborations between writer/director John Waters and drag queen Divine, steadily became a cult classic after being made available on home video. The kooky comedy boasts a powerful message of acceptance and learning about cultures outside of your own.

The musical adaptation debuted in 2002 and quickly found a place on Broadway. Hairspray was adapted into a movie musical in 2007 and remains one of the most popular musicals of all time.

This entry on the list is less widely agreed upon. The movie ‘Heathers’ (1989),’ though a box office flop, was critically acclaimed and became a cult classic for telling a much darker, more cynical coming-of-age story than its contemporaries (John Hughes and the Brat Pack). Winona Ryder and Christian Slater both gave breakout performances in this edgy, smart movie, and perhaps because of the movie’s place in film history, the musical met with mixed reviews.

The Laurence O’Keefe and Kevin Murphy adaptation of ‘Heathers’ was first presented as a concert in 2010, made it to Off-Broadway theaters in 2014, and closed its run before making it to Broadway. One revival of Heathers: The Musical was staged on the West End, but the musical primarily lives on as a cult favorite. Only a few critics lauded the show during its first run, and quite a few others found the music too bubbly for such a dark story.

That is, however, one of the things that make Heathers: The Musical so beloved by its fans. The glib, campy tone that the musical takes toward its heavy subject matter brings out the heaviness even more, especially for adolescent audiences who recognize that dismissive tone as a common response to teen issues. Heathers: The Musical did not make the same initial impression as other entries on the list, but I’m willing to bet it will have as long a life.

Next Up: Almost Famous

There are plenty of solid movie-to-musical adaptations, and plenty of mediocre or lame ones as well (Pretty Woman: The Musical, I’m looking at you). Almost Famous met with mostly positive reviews at the Old Globe, which is a promising start. Here’s hoping it proves itself on Broadway and joins the ranks of successful screen-to-stage adaptations.

– A Tribute To The Academy Awards: All Best Actor/Actress Speechesalmost From The Beginning Of Oscars 1929-2019 | From Rami Malek, Leonardo DiCaprio To Denzel Washington, Halle Berry & Beyond | From Olivia Colman, Meryl Streep To Bette Davis & Beyond