What We Know About Peacock’s Upcoming Adapted Book to Screen Series: ‘One of Us is Lying’ 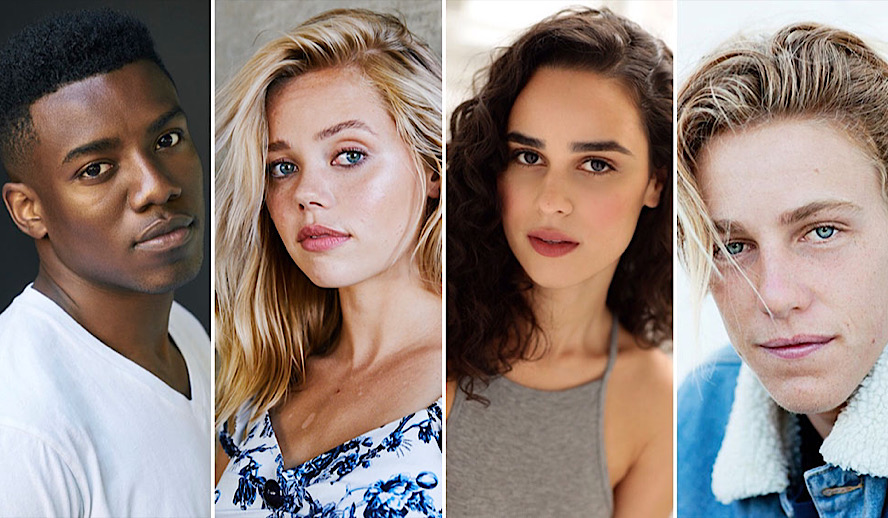 Photo: ‘One of Us is Lying’/Peacock

Peacock’s Upcoming YA Mystery: ’One of Us is Lying’

What happens when five students enter their after school detention but only four students walk out alive? This is the story that unfolds in the New York Times Best Selling Novel ‘One of Us is Lying’ written by Karen M. McManus. McManus’ debut novel was released in early 2017 and by the end of the year, the rights were nabbed by Universal Content Productions. The show was originally developed for E! before moving to NBCUniversal’s online streaming service, Peacock, which ordered a pilot for the series. It later became the first pilot from Peacock to receive a series order.

The young-adult murder mystery has received high critical acclaim, such as being recognized as the selection of Best YA book of the year by Entertainment Weekly, PopCrush, and BuzzFeed. Adolescent readers all over the world have devoured this book as it has been translated into over forty different languages and have patiently waited for the arrival of the series. Dario Madrona (‘Elite’) serves as show-runner and executive producer alongside Randi Richmond (‘The Mist’), Erica Saleh, and Jennifer Morrison who also directed the pilot episode. While the show still has no official release date, we can assume it may premiere sometime later this year, considering the teaser trailer that just recently dropped. As we wait for the show’s arrival, let’s dive into what we know about the show so far.

What We Know About the Characters

‘One of Us is Lying’, based upon the book of the same name, takes place at Bayview High and primarily centers around five high school students: Bronwyn, Addy, Cooper, Nate, and Simon. The five students find themselves in a bit of trouble with one of their teachers, Mr. Avery, after cellphones were found in each of their backpacks despite the school’s strict anti-phone policy. The students all claimed that the phones did not belong to them and they were instead planted in their bags as some sort of prank. Regardless, they each are given detention and during so, Mr. Avery is forced to step out of the classroom to investigate a car crash in the school parking lot. While the group is left alone, one of the students, Simon, experiences an allergic reaction after ingesting peanut oil that was rimmed on the sides of his water cup.

No one was able to ask for help or locate an epi-pen quickly enough and Simon ended up dead. Seeing that there was no one else in the classroom, each of the remaining four students instantly becomes a suspect. Bronwyn Rojas— the brains of the group who comes from a well off family and has an assuringly bright future, Nate Macauley— the unpredictable bad boy who is deemed a criminal by his peers as he remains on probation, Cooper Clay— the school’s star athlete and future baseball prodigy, and Addy Prentiss— the princess who is most likely always seen right beside her handsome boyfriend, Jake. The town has dubbed them: the Bayview Four. Now you may be wondering just who Simon is… or was. Simon Kelleher was an outcast who ran a popular gossip app where he posted the deep secrets of his classmates which often caused chaos around campus. He could be described as depressed, hopeless, and wanted to make those around him as miserable as he was feeling inside.

After Simon’s funeral, an unpublished gossip post of his gets leaked and the entire school becomes aware of the Bayview Four’s secrets, which not only sheds them in a whole new light but threatens each of their futures. We learn that Addy has been cheating on her boyfriend, Cooper has been accused of using steroids to boost his athletic performance while also closeting his sexuality, Nate has been continuously selling drugs even while on probation, and Bronwyn cheated in her Chemistry class in order to maintain her high grade-point average. The police become even more suspicious that perhaps the Bayview Four wanted Simon dead in hopes that their secrets would be kept under wraps. If you aren’t already sucked in, then prepare yourself for the love triangles and forbidden romances that develop over the course of the novel.

From Book to Television Screen

Fans have eagerly awaited to see this story unfold on screen ever since it was announced. An ensemble cast have already filmed all eight episodes and patiently wait for their show to release to the public. Marianly Tejada will portray Bronowyn “the brains”. This is Tejada’s first regular role and has previously recurred in USA’s ‘The Purge’ as well as Netflix’s fan favorite series ‘Orange is the New Black’. Chibuikem Uche has been cast as Cooper, this is also his first starring role as he has previously recurred in ABC’s ‘American Housewife’. Cooper van Grootel (‘Unverified’) will portray the troublesome Nate.

‘Cobra Kai’s’ Annalise Cochrane will play Addy, and Barrett Carnahan (‘Cruel Summer’, ‘Cobra Kai’, ‘Alexa &  Katie’) will play her boyfriend, Jake. What some fans may not know is the familiar face of Chase Stokes ‘Outer Banks’ was originally attached to the pilot and it appears as though the actor has been recast in the remainder of the series, probably due to the large success of ‘Outer Banks’ and scheduling conflicts. During an interview with PureWow, when Stokes was asked about the series he admitted, “It’s sort of like ’Breakfast Club’ meets ‘Pretty Little Liars’,” he explained. “It’s about a group of kids who come from all different spaces in their high school. They all get detention and one of the kids drops dead and dies. It becomes this murder mystery of trying to figure out who’s responsible for it.”

Up until this point, all we can do is patiently await the murder mystery series to have a release date so the world can become immersed all over again with the story as they were when the book was first released. But rest assured, I could already taste that this show is going to be a major hit.