‘The Forever Purge’: Grand, Fast-Paced Fun for ‘The Purge’ Franchise 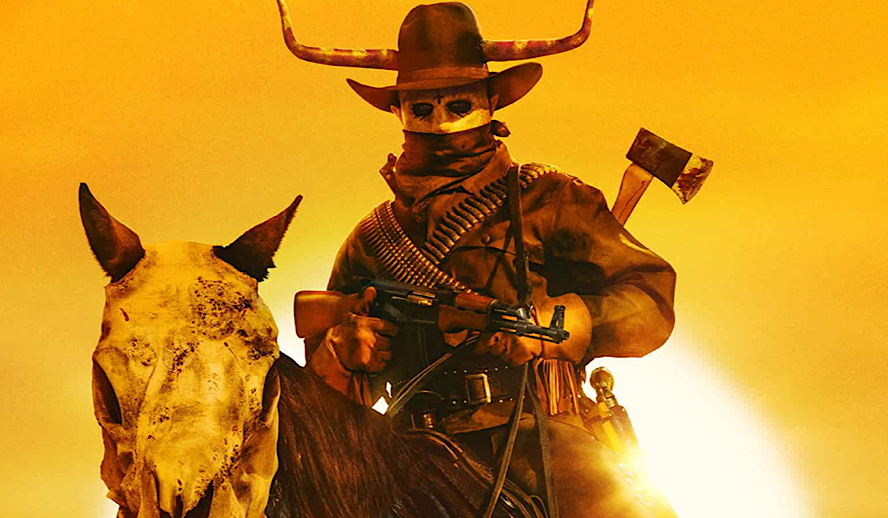 The ‘Purge’ series is probably one of the most memorable franchises to come out in the 2010s. When the first film, ‘The Purge’, came out back in 2013, its concept was praised: An affluent family trying to survive a home invasion during a time where all crime is legal? Sounds intriguing enough. The film proved to be popular enough to warrant a sequel, 2014’s ‘The Purge: Anarchy’, and eventually more sequels to make it the franchise it is today. Now, 8 years later, ‘The Forever Purge’ has finally come out, the fifth, and supposedly final, film in the series. And for fans of the series, it does not disappoint.

The films take place in a dystopian society where the United States is run by the New Founding Fathers of America (the NFFA), who have created an annual holiday called “the Purge”, where all crime is legal for a period of 12 hours. The films and their sequels follow families or certain individuals who are forced outside to face the dangers of the Purge, being forced to shoot and stab their way through dozens of people to survive until the morning. ‘The Forever Purge’ is a continuation of the story from ‘The Purge: Election Year’, and takes place years later, after the holiday has been reinstated. The Purge happens and everything goes as planned… but what if people decided to keep purging after the event was over?

That’s what happens here, as people across the country decide to continue the madness and mayhem after the end of the 12-hour period. The story follows ranchers and their families as they try to escape the violence in the streets and find a safe place to take refuge. The group consists of a white family who owns the Texas ranch, a Mexican couple, and a Mexican worker, who despite some racial animosity in the group, must learn to work together to stay alive and make it to safety.

The Characters and The Subtext

Out of the whole ensemble of characters, my clear favorite was Juan, played by Tenoch Huerta. Juan is the kind of person you’d want on your side. He’s a hero in every sense, never hesitating to help others and do what’s right. Huerta plays him well as a calm, level-headed man and it was fun watching him mow down enemies and keep his group safe. He, along with his wife, Adela (Ana de la Reguera) were a treat to watch on the big screen. Reguera does great in her role as Adela, playing a Mexican immigrant who’s forced to use her secretive violent past to survive the Forever Purge. She’s always cool, calm, and collected, and she can handle a gun like it’s nobody’s business. She was a definite standout in the movie for me. Personally, I would love to see both Huerta and Reguera in more starring roles for big movies in the future.

With these characters, however, ‘The Forever Purge’ tries to dive into something deeper but doesn’t really quite get there. The film puts Juan at odds with Dylan Tucker (Josh Lucas), the white son of the ranch’s owner who really dislikes him. Dylan has issues with Juan in regards to his race that are mentioned but not really discussed throughout the film, and that makes his character much less sympathetic.

For instance, there’s a moment where Dylan tells Juan that he believes that people should stay with their own race and avoid others. This could have been an interesting plot point that could’ve been weaved throughout the story and shown Dylan’s growth by the end, but it just doesn’t. We go from point A to point Z without much behind it. They could have really explored the problem he has with Juan and how these kinds of issues affect millions of non-white Americans daily, but instead, it just states the problem and then resolves it quickly.

‘The Forever Purge’ also deals with the group on the run from a white supremacist gang who are trying to kill all non-white people to “cleanse” their country. This was another case of having an issue that could’ve been explored a bit deeper or had more meaning but instead was just taken as it is bluntly. While it was awesome to see Juan gun down the racists attacking him, I feel that the film’s writer, James DeMonaco, could have gone further with this in the plot and created some interesting discussion with it. Overall, the film goes for pro-immigrant and pro-immigration subtext, which is great to see, but it’s not as fully realized as it could have been.

The Feeling of ‘The Forever Purge’

Despite that, the film was pretty much a good time the whole way through. There’s not too much bad I can say about ‘The Forever Purge’. Sure, some of the dialogue can be one-note and cheesy, but for any fan of the franchise, that’s expected by now. Everything is bigger and crazier here, with a country that’s in shambles and America descending to utter chaos. It really does feel like the sort of anarchy that would be expected from the big finale of the ‘Purge’ series. Watching the main characters walk through a burning city or seeing them creep through an abandoned theater, everything about this film felt like a horror video game of some sort. It felt visceral, and even with a heavier emphasis on action, there were some haunting moments that kept me thinking even after leaving the theater.

I will say, however, that I wish the ending felt more definitive. While the ending works for the story of ‘The Forever Purge’, it doesn’t really feel like the franchise finale that it claims to be. It feels open-ended, and given that James DeMonaco has claimed to have another idea for the franchise, there’s a chance for there to be a closed chapter soon. But if this is how the franchise ends, it would be nice to have a more clear ending.

In the end, I really liked ‘The Forever Purge’. It was big, it was bold, and most importantly it was a fun movie. While I wished that it felt more like an ending to the series as advertised and I think the film could have gone in more interesting directions, I still enjoyed my time watching it. If you like watching gun-fights and survival movies, or even any of the other ‘Purge’ movies really, then you’ll have fun with this one.

At the time of this review, ‘The Forever Purge’ is playing now only in theaters.