Selena Gomez: Recent Endeavors, Personal Life and Her Upcoming Murder Mystery ‘Only Murders in the Building’ 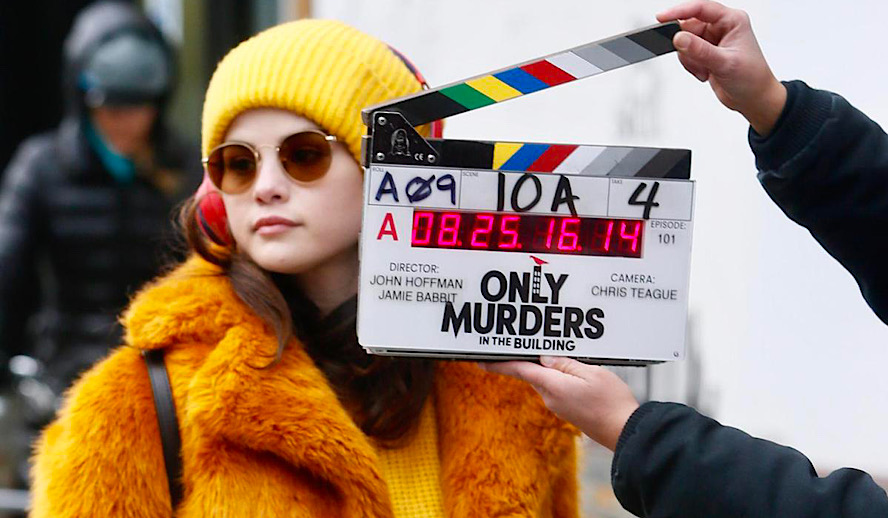 Photo: Selena Gomez filming ‘Only Murders in the Building’/Hulu

Selena Gomez: She Can Do it All

Selena Gomez is not one to take time off, in fact, she has tested the waters in just about every avenue I could think of. In 2020 alone, Gomez dabbled in makeup, a cooking show, and the release of her latest EP. Quite frankly, I don’t know how this woman finds time to sleep. In February of 2020, she announced her gender-neutral makeup line Rare Beauty which finally dropped seven months later on September 3rd. She created this line in hopes that her fans could celebrate their uniquenesses or “rarities” and allow everyone to be comfortable in their own skin.

Related article: How Do A-List Stars Justify Working With Self-Confessed Sexual Harasser David O. Russell Who Abused His Own Niece?

As if launching a beauty brand wasn’t enough, Selena spent most of her time during the summer months of the pandemic working on a quarantine-inspired cooking show that premiered in August of 2020 on HBO Max, ‘Selena + Chef’. In each episode, Gomez is paired with a new professional chef who teaches her step by step one of their favorite dishes to make— all in the comfort of their own homes in order to remain socially distant. Her close friends and grandparents who were quarantined in the house with Gomez also made guest appearances and the show was the perfect escape to the dreary times we were all living in. The show was granted a second season which premiered in November of 2020 and even renewed for a third earlier this year which we can hopefully expect sometime during summer or fall.

On top of the launch of Rare Beauty and filming her unscripted cooking series, Selena also began recording her fourth EP ‘Revelacion’ which is her first collection of Spanish spoken songs she has released. Recording began right before stay-at-home orders were enforced due to the COVID-19 pandemic. This meant that the remainder of the album was recorded in her home studio almost entirely over zoom. The album was finally released on March 2 of 2021 and received a rather high acclaim from critics and her fans.

Gomez Opens up About Growing Up in the Public Eye

I’ve been a fan of Selena Gomez since her days on Disney Channel. I have always found her to be incredibly honest about her battles with both physical and mental struggles. In the past few days, Gomez has opened up about struggling with her body image as she lives her life in the public eye in front of cameras and online haters. In a sit-down interview with Vogue, she discussed some of her best and worst fashion looks she’s worn over the years. In particular, she spoke of the 2015 Met Gala when she wasn’t feeling all too comfortable in her own skin, “I fluctuate a lot with my weight, and I remember this night specifically I didn’t feel good about my body. What was really amazing was I got the chance to work on a dress that fit my body. That was a moment where I was like, ‘I don’t have to be that 19-year-old body shape anymore.’”

I also admire Gomez for openly talking about her ongoing battle with Lupus, an autoimmune disease that causes inflammation in the joints and organs. She has undergone several treatments including a kidney transplant in 2017. Because of her health conditions, Gomez has gone into treatment centers and rehab for anxiety and depression which she has found out are often side effects of lupus along with panic attacks.

She doesn’t shy away from her times in these facilities and I find her candidness incredibly humbling. She paints the picture that while she is a successful actress, singer, and businesswoman, she is still a real person with real struggles. While her life isn’t picture perfect she is still able to involve herself with incredible projects. Her latest endeavor comes in the form of a ten-episode comedy series set to premiere later this year – continue reading to find out more.

Hulu announced mid-May of 2021 that their latest comedic murder-mystery series ‘Only Murders in the Building’ consisting of ten episodes will premiere on August 31 with a new episode dropping each week thereafter. The show follows three strangers all living in the same New York apartment building that all have an odd fixation with true crime. A gruesome death occurs inside their building and the trio comes together to scope out what really happened, unfolding their discoveries through a podcast. Steve Martin (‘L.A. Story’, ‘Roxanne’) wrote and created the show alongside John Hoffman (‘Grace and Franke’, ‘Looking’). Dan Fogelman is also executive producing, most known for creating the well-known series ‘This is Us’. Martin stars alongside Gomez and Martin Short (‘The Cat in the Hat Knows a Lot About That!’, ‘Saturday Night Live’).

To conclude, Selena Gomez’s jam-packed year of success, she began filming this series in New York City in early December of 2020, and production wrapped the following April. A few first-look images have been released to promote the show which displays Gomez walking down a bustling NYC street dressed in plaid pants matched with a cropped mustard coat and a bright yellow long sleeve underneath paired with a beanie to match.

She plays the youngest member of the crime-busting trio, Mabel, who is living well above her means in her large and lofty Upper East Side apartment. Steve Martin is Charles, best known by his peers for his famous role as a detective in a 90’s television series. He has since given up acting and turned to real-life detective work. Lastly, Martin Short portrays Oliver, a flagrant NYC theater director and everything he encounters is a potential new story for his next play.

While we eagerly wait for this show to drop, fans can catch Gomez in the new installment of the Hotel Transylvania franchise, ‘Hotel Transylvania: Transformania’ where she voices Mavis, the daughter of Dracula. This film hits theaters on July 23, 2021.