The Evolution of Jonah Hill: From Slapstick to Scorsese 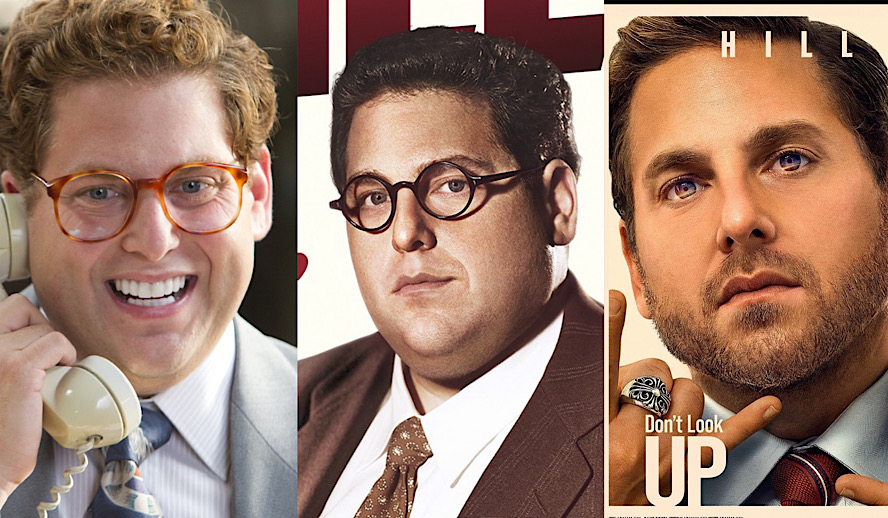 A Brief Background and The Birth Of An Extensive Filmography

Jonah Hill Feldstein was born, as many stars seem to have been, from a duo already integrated into the entertainment industry: his father was a tour accountant for Guns n’ Roses, while his mother was a costume designer. With these inherent artistic influences, Hill would eventually endeavor into writing and performing his own scripts, taking his own steps to break into the world of acting.  Through meeting Jake and Rebecca Hoffman, the children of actor Dustin Hoffman, Hill would be encouraged to audition for what would end up being his feature film debut would be a small role in the 2004 comedy film, ‘I Heart Huckabees’, starring a number of heavyweight actors like Hoffman, Isabelle Huppert, and Jude Law. Not bad for a debut film.

Beyond that, the beginning of his extensive filmography proceeds with a few hilarious minor roles in comedic films like ‘The 40-Year-Old Virgin’, ‘Click’, ‘Grandma’s Boy’, and ‘Accepted’, that, though small, showcased his abrasive sarcasm, perfect timing, and introduced his persona to the public. Poetically, Hill’s first starring role would be in 2007, the Seth Rogen and Evan Goldberg written film, ‘Superbad’, alongside Michael Cera. Embodying the pure blunt force of teen-boy comedy, ‘Superbad’ has continued to stand the test of time as one of the best buddy comedies of all time and the tentative beginning for the now-fabled careers of both Hill and Cera.

The Rise and Journey of Jonah Hill – Video

From here on out, Hill’s career would continue to steadily grow with his now recognizable face and working relationships with some of the funniest minds of the ’00s: Seth Rogen, Judd Apatow, and Adam Sandler just to name a few. Following the success of ‘Superbad’, Hill would appear in ‘Walk Hard: The Dewey Cox Story’, another Apatow-produced feature. After under 10 years into his career, Hill’s filmography is stacked with slight appearances in so many goofy, lovable comedies. But Hill wasn’t only interested in comedy.

A Change of Pace: From Slapstick to Scorsese

In 2011, Hill would tout a thinner frame in stark contrast to the weight that, in some ways, was connected to his lasting image as a “funny fat guy”. The exercise and diet regimen that resulted in this notable physique change was meant to facilitate his auditioning for more serious roles, and this shift would seem to ultimately shift the public perception towards his presence as an actor. That year, he played a supporting role in the biographical sports film ‘Moneyball’ alongside Brad Pitt and Philip Seymour Hoffman. The film would receive critical praise, and go on to receive six Oscar nominations, including the very first for Hill for Best Supporting Actor. This departure from his self-deprecating comedy roles would mark a turning point in his career, creating an avenue for more serious, contemplative parts even than that of Peter Brand, the number-crunching strategist of ‘Moneyball’.

The next year, another cornerstone of his career thus far would premiere in the form of the buddy-cop comedy film ‘21 Jump Street’, an adaptation of the 80’s tv series starring Johnny Depp and Peter DeLuise. With Hill and Channing Tatum as an unlikely but hilarious duo, the most quotable comedy of 2012 emerges and showcases not only their incredible chemistry, but the iconic comedic chops of both Hill and Tatum.

That same year, Hill would appear in a small role in Quentin Tarantino’s ‘Django Unchained’, his first foray into the film universe of a more serious, Academy-noticed director. This would prove to be prophetic, since in 2013, in what might be the most notable contemporary contribution to Hill’s filmography, he would land a supporting role in Martin Scorsese’s crime comedy film ‘The Wolf of Wall Street’, alongside Leonardo DiCaprio and Matthew McConaughey. Hill would accept the bare minimum funds in exchange for his work on the film, $60,000, due to his uncorrupted dedication to being involved in this project that would eventually earn much critical acclaim, including his second Oscar nomination for Best Supporting Actor.

Following this, Hill would take a few voice acting roles in ‘The Lego Movie’ and ‘How to Train Your Dragon 2’, and then appear in the ‘21 Jump Street’ sequel, shockingly titled ‘22 Jump Street’. His next darkly-toned film would be ‘War Dogs’, in another pairing now alongside Miles Teller, which imagines and sensationalizes the adventures of two U.S. arms dealers.

In his most notable project of recent years, Hill would write and direct the coming-of-age film ‘Mid90s’, using his own lived experience as a skater teen in L.A. and his extensive experience in Cinema. Tinged with great writing and a strong, focused tone, Hill does more than create an enjoyable movie, but showcases the capabilities of Cinema at its best: honest, gorgeous, and raw.

Beyond the characters that will transcend the generational boundaries of the most appreciated comedy movies of the past 20 years, Hill has forged his own timeless, artistic spot in the world of entertainment. From the edgy legacy of characters like Seth in ‘Superbad’, to the nuance of more mature roles like Donnie Azoff in ‘The Wolf of Wall Street’, Hill has shown to be capable of so much more than the typecast allotted to him so early on in his career. Not only a writer, director, or actor, Hill is a jack of all trades and will surely continue to use his talent to keep audiences feeling, whether it be laughing or crying, as hard as they can.

Fans of Hill can look forward to two pending projects: ‘Don’t Look Up’, a Adam McKay-directed film where he features alongside Leonardo DiCaprio and Jennifer Lawrence, set to release on December 10th of this year, through Netflix. He was also just signed on to partake in a biopic film about The Grateful Dead, set to be directed by the prolific Martin Scorsese.