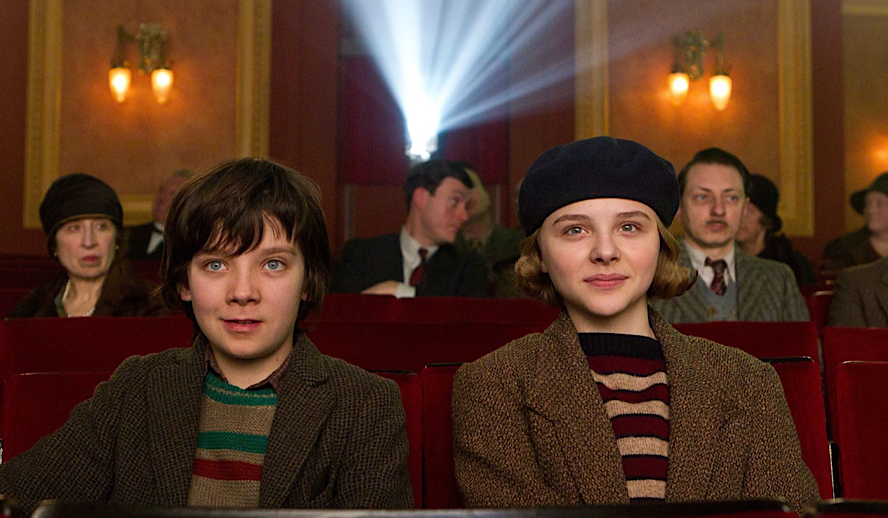 What does one think about when they think of a Martin Scorsese movie? Violence? Mobsters? The occasional religious imagery? Well, 2011’s ‘Hugo’ has none of the above. ‘Hugo’ is a family film that follows twelve-year-old Hugo (Asa Butterfield), a boy who lives in a train station, as he discovers that the old toy store owner is the one and only Georges Méliès (Ben Kingsley). The film was a huge risk for Scorsese since he never directed a family picture before and was more associated with adult fare. While the film is unlike the rest of Scorsese’s filmography, it is perhaps one of his most personal films since it acts as a love letter not only to cinema but to everyone’s inner child.

‘Hugo’ – A Love Letter to Cinema

The film follows Hugo, an orphan with a knack for artistic mechanisms, who lives in a train station, fixing the clocks on a daily basis. He hides from the train inspector (Sacha Baron Cohen), steals croissants from the bakery, and works on the automaton that his late father (Jude Law) found. Hugo’s life at the train station is made even more stressful thanks to the owner of a toyshop, Papa Georges, who turns out to be the film pioneer Georges Méliès, the magician turned director who made ‘A Trip to the Moon’. With a story that fictionalizes the great pioneer of film, the film acts as a love letter to the start of cinema.

The film’s portrayal of Méliès is both enchanting and loving. One of the best sequences in the film is a flashback that shows Méliès directing one of his shorts, acting almost like a circus ringleader. We see the tricks he pulled, like having the camera face a fish tank to make the actors appear underwater, and we see the enthusiasm Méliès has with directing his actors. Méliès in these scenes is youthful and full of life, acting as an antithesis of who he is at the train station. Soon in the film, Méliès’ lost films are restored, and he gets the credit that he deserves, getting to find his love for the medium again. This story portrays Méliès almost like a magical being which one could argue is the most accurate way of portraying a man who invented film as we know it today. One could also see how Scorsese’s portrayal of Méliès is so earnest because it is someone portraying their own hero, and thus we are seeing him through a loving fan’s eyes.

Outside of the story, the film itself acts as a love letter to early cinema. The film being Scorsese’s first 3-D film makes perfect sense since the film is about the man who invented special effects. The film uses modern special effects, like 3-D and CGI, to show how far we have come, not only since Méliès but because of Méliès. We wouldn’t have this new technology without Méliès using smoke powder and editing tricks all those years ago and this film is proof of that. ‘Hugo’ also has plenty of references to early moments of cinema, like seeing filmgoers running from ‘The Arrival of a Train at La Ciotat Station’ to seeing the ending montage of real Méliès shorts which will open the imagination of any audience member. Scorsese even one-ups this by including his own homages to early films, like having Hugo hang from the clock like Harold Lloyd did in ‘Safety Last!’. With all these film references and with the loving portrayal of Méliès, ‘Hugo’ is a love letter to the medium that Scorsese loves dearly.

A Love Letter to the Inner Child

Martin Scorsese as a child wasn’t too different from Hugo, who plays with inventions and runs away to the movie theater. As a child, Scorsese had asthma and was unable to play with the other children. This caused him to keep to himself and to often go to the movie theater. Hugo, like Scorsese, is an observer. As Scorsese observed the streets of the New York he grew up in, taking everything in, Hugo does to the people at the train station. As Scorsese once watched the other kids play while he was not included, Hugo watches the kids freely dance at the train station, not joining in out of fear of getting caught by the inspector. It is as if Hugo acts as a fictionalized version of how Scorsese felt as a child, an outsider with a keen eye and a love of films. This makes ‘Hugo’ one of Scorsese’s most personal and reflective films to date, giving Scorsese a chance to reflect not only on his love for his medium but to reflect on his inner child.

While Hugo can be seen as Scorsese portraying his own childhood emotions, the film ‘Hugo’ is a love letter to his inner child. It is as if Scorsese made the film that his inner child always wanted to see. A film about the magic of film and a film about a shy boy who becomes the hero. The film, being a family film, also allows Scorsese to play around a little more than he usually does, such as having slapstick throughout the film (mainly with Sacha Baron Cohen) and having more whimsical scenes, like the beauty of the train station. Making a film for his inner child means that Scorsese has also made a movie for the film buff’s inner child. Any lover of films will see themselves in ‘Hugo’, whether that be the scenes of Hugo watching films with wonder in his eyes or the scenes of Méliès performing magic. These moments will please every audience member’s inner child, filling them with the same wonder and imagination they once always felt.

‘Hugo’ is available to stream on Netflix