‘House of the Dragon’: Will It Break The Wheel? | What The New Trailer Tells Us About The ‘Game of Thrones’ Prequel 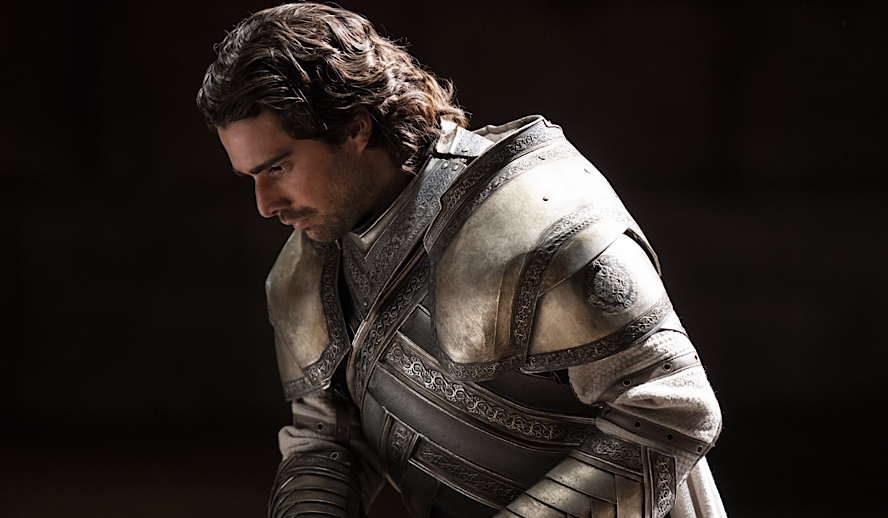 Photo: ‘House of the Dragon’

Our Journey Back to Westeros

“Dreams didn’t make us kings, dragons did,” is the closing line of the official teaser of the upcoming series, ‘House of the Dragon’.  The highly anticipated fantasy show will make its debut on HBO Max on August 21. The series is a prequel of the widely known ‘Game of Thrones’ which became HBO’s most awarded drama thus far. As the original show is known for its blood and dragons, it seems right that the predecessor of the series is based on the House Targaryen and the family’s reign accompanied by these fiery creatures. ‘House of the Dragon’ is set 300 years before the events of ‘Game of Thrones’ as it follows the family before our beloved Daenerys Targaryen was born and is based on George R. R. Martin’s novel, ‘Fire and Blood’. With the controversial ending of ‘Game of Thrones’ final season, make it be known that the original showrunners, David Benioff and D.B. Weiss, is not part of this upcoming prequel. Thankfully, George R. R. Martin is heavily involved in the production of ‘House of the Dragon’.

In addition, the showrunners and executive producers will be Ryan Condal who was part of creating the series, ‘Colony’, and Miguel Sapochnik who directed iconic ‘Game of Thrones’ episodes such as ‘Battle of the Bastards’ and ‘The Long Night’. Alongside seasoned executive producers, the renowned composer, Ramin Djawadi, who created the most influential theme song of ‘Game of Thrones’ will make his return to score the upcoming series. There is no doubt about it that many fans have high, and rightfully low expectations, about this series due to the success and conflict surrounding the previous show. With new and exciting twists — kings, fire, and blood will make its return with 10 episodes every Sunday.

The Return of the Dragons

“What is this brief, mortal life if not the pursuit of legacy”, is said by an unknown voice from the official teaser trailer, which was released earlier this month. The trailer opens up with a focus on two characters with the recognizable bleach white hair. It shows us the two iconic Targaryens: Princess Rhaenyra Targaryen, who is played by Emma D’Arcy, and Prince Daemon Targaryen, who is played by Matt Smith (Smith is known for his roles in ‘Doctor Who’ and ‘The Crown’). Daemon Targaryen is also known to be George R. R. Martin’s favorite character from the ‘Fire and Blood’ novel. Smith’s Targaryen is carrying a dragon egg in front of Dragonstone, the household of all Targaryens. He faces off an angry Otto Hightower (played by Rhys Ifans) who is the father of Alicent Hightower (played by Olivia Cooke).  The trailer then gives us a glimpse of what all avid ‘Game of Thrones’ fans have been waiting for, the dragons flying over King’s Landing, which is almost reminiscent of the final few episodes of the original series.  Although it may not be the iconic trio of Drogon, Rhaegal, and Viserion, the look into our blood-hungry mystical creatures may leave fans excited as it feels almost nostalgic to what the original series is known for.

The trailer then cuts to the iconic Iron Throne. Who stands there ruling the Seven Kingdoms? Paddy Considine’s King Viserys I Targaryen. From the trailer alone, the series will explore and go over the notable events that happen within Westeros, known as the Dance of the Dragons. It will go over the civil war that happens over the throne and the rise and the obscure fall of House  Targaryen. As is mentioned in the novel, it will focus on the conflict between Rhaenyra and her half-brother, Aegon, who has yet to make an appearance in the trailer and is rumored to be played by Tom Gylnn-Carney. We hear notable names such as Rickard Stark, Corlys Velaryon (played by Steve Toussaint), and Boremund Baratheon who are pledging their loyalty to King Viserys I and his heir, a young Princess Rhaenyra (played by Milly Alcock). There is no telling how faithful these names will be to the Targaryen line but it is exciting to hear those names once again.

With trouble in the midst, we see Rhaenys Velaryon (played by Eve Best) say: “Men would sooner put the realm to the torch, than see a woman ascend the Iron Throne”. The series will echo the challenges that are reminiscent of Daenerys’ struggles as certain houses will oppose the idea of a young woman being the next ruler of Westeros. In ‘Game of Thrones’ fashion, the series will have cutthroat battles, luxurious (potentially threatening) dinners, and backstabbing scenes that will cause absolute chaos within the Seven Kingdoms. At the end of the trailer, we see the pride and joy of the Targaryen house breathe fire and look as threatening as ever. Who knows if the dragons will be used as a tool of destruction again, but all we know is that: “history does not remember blood, it remembers names.”

‘House of the Dragon’ – Will the Legacy of the Iron Throne Continue?

‘Game of Thrones’ went from being entertaining television to its tragic ending that left a bad taste in everyone’s mouth. As much as we want to see issues with this new series and see the faults that the original show left behind, I say we take this show with an open mind and view it as a separate entity from its predecessor. Despite past conflict, ‘House of the Dragon’ has a promising storyline that will bring us back to the roots of fantasy television. We should use this show as an opportunity to reset from past controversies and see this as a chance to reminisce over the characters we used to love and also despise. One of the greatest advantages that this show has, is the fact the novels that the series is based on are complete. This gives the showrunners the ability to provide the storyline with proper structure rather than being left with little to no source material. Additionally, from what we have seen in the trailer, the cast will give effective performances that will captivate an audience. The fiery creatures and white-haired royals will be out sooner than we think as the series will hit our screens this summertime.