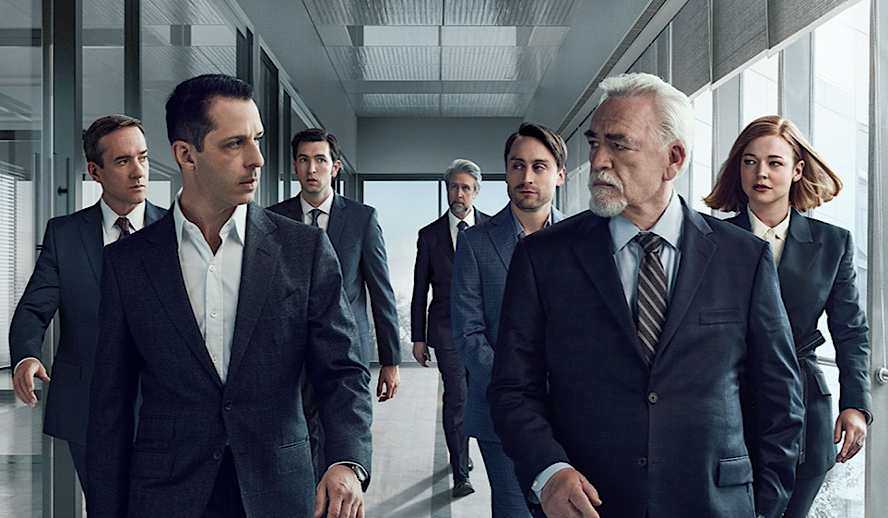 The season 3 premiere of HBO’s anticipated series, ‘Succession,’ was met with itsa highest ratings yet. Following an intense and emotionally charged second season finale, the first episode of the long-awaited third season set the stage for how family dysfunction parallels the hungry ambition for control over a vast media conglomerate. Despite the story centering around an elite family of the upper echelon of society, the silent pain of each character navigating their way through the intense dynamic of the Roy family is what makes this series so relatable and even endearing. Despite the Shakespearean undertones of greed, betrayal, and toxic relationships, at the core of the story is a narcissistic family whose love for each other is translated by their desperate need for approval and their shared sense of entitlement.

Part of the series’ allure is trying to delve into the ever-changing hierarchy at Waystar Royco and within the Roy family. It’s difficult to probe into the minds of the complex characters whose motivations are obnoxiously evident, but their emotions are obscure. The series writer, Jesse Armstrong, was asked to provide a definitive understanding of the characters’ personal feelings and responded, “But I just feel like if I give a binary answer, it’s not so fun for people. So if you’ll excuse me, I won’t dive in on that one. I feel like I’m being evasive when I don’t want to be.” Viewers are left to interpret and project their own feelings onto the characters of ‘Succession,’ and it’s not so difficult to project our own agendas on the elusive Roy family.

‘Succession’ – So, Where Do We Go From Here?

The first episode of season 3 picks up on that now notorious scene of Kendall Roy (Jeremy Strong), waging a revolutionary war that directly challenges the controversial and patriarchal oligarch of the family, Logan Roy (Brian Cox). At a press conference to address the criminal accusations against their company, Kendall ousts his father for cultivating a toxic and corruptive work-culture environment within Waystar Royco that led to the controversial and sickening crimes the company silenced for years. Following a shocking act of rebellion, Kendall’s confidence is fueled by adrenaline and the support of his very small inner circle who assist as he tactfully begins to put all his chess pieces to solidify a plan of action.

Meanwhile, Shiv (Sarah Snook) and Roman (Kieran Culkin) now face a critical point in their lives as they must choose how to navigate the explosive events taking place and navigate the tumultuous ties within their family. They are forced to choose their loyalties while prioritizing what is best for them in the end. Their lives begin to unravel as their sense of privilege becomes rattled since the future of the company is now uncertain and all players within the game are forced into survival mode.

Not to mention, HBO’s casting for the new season includes Alexander Skarsgard and Oscar-winner Adrien Brody which suggests that the battlefield has now been extended beyond the marbled walls of the Roy family. The opportunity to assume the position as CEO is now up for grabs by outsiders who seek to disrupt the thread of nepotism that has been woven throughout the series. There’s no question, each member of the Roy family is vulnerable and must fight to survive the political and cultural storm that has just erupted.

The Essence of the Roy Family

The Roy family along with their inner circle remain ruthlessly ambitious. They strive to raise the ranks within their world of the 1% elite among prominent political and social figures. Within their gilded cages are floor-to-ceiling windows that symbolically look over the chaos that is Manhattan, New York. Despite their lack of familial warmth, audiences are drawn to the Shakespearean drama that centers on the complex personalities of ‘Succession’ who aren’t afraid to go toe-to-toe against those closest to them. Among Kendall, Shiv, and Roman, their desperate need to reach the top of the pyramid and surpass their siblings is reminiscent of a childhood competition while seeking the approval of their parents. However, the stakes to gain control of Waystar Royco and the responsibility to run one of the nation’s largest media conglomerates is insurmountable.

The sibling rivalry is perfectly paired with perfectly executed dialogue and unmatched humor which provides a surprisingly humanistic element to an arguably toxic and destructive family. It’s not uncommon for many to idolize the wealthy. However, as the cracks within their personal lives begin to reveal themselves, their vulnerabilities become clear as ever and that is where we can relate with the Billionaire family of ‘Succession.’ There’s no denying the immediate love and endearment towards Cousin Greg (Nicholas Braun). Arguably, we’re witnessing the corrosive nature of the Roy family through Greg’s eyes as he witnesses his extended family redefine the boundaries of ethics and who do not easily submit to the status quo. Despite their lethal attachment to relationships and business, the Roy family remains undivided even as they fight amongst themselves to seize power and total autonomy of Waystar Royco.

Kendall Roy has set the stage for a duel that will either make or break his role within the company. Following the season one finale where Kendall accidentally killed a caterer at his sister’s wedding, Logan Roy stepped into this fatherly role to cover up the truth of the accident. However, his intentions and motivations were questionable since he knew he now has Kendall under his thumb. Season two featured an unbearably submissive version of Kendall who was stealing healing of trauma from the accident while trying to win Logan Roy’s trust again. Season two ended with a stunning and bold move by Kendall who defied his father’s orders to take the fall for the company’s criminalities and accused his father of being a “malignant” presence within Waystar Royco. With the obsessive need for his father’s approval mixed with having self-respect being pushed to the brink, it is almost cathartic to watch Kendall finally challenge the uncompromising resound of Logan Roy.

Shiv and Roman are fighting to stay within the father’s good graces. With Kendall going rogue, their chances of succeeding in their father’s position have increased. Shiv’s ambitions and motivations have been molded by the daunting male figures throughout her life. The opening credits feature an older man putting his hand on a presumably young Shiv’s shoulder which symbolizes the dominance he has in her life. To have such a powerful and forceful figure guiding your future, it’s no surprise that Shiv’s approach to relationships is unconventional but relatable.

She now sets the terms of who she wants to date, despite hurting her fiancé (Matthew Macfadyen), and her role within the relationship mimics that of her father, she’s dominant and isn’t afraid to draw outside the lines of what is acceptable. On the other hand, Roman is a chaotic character whose immaturity is balanced by his social adeptness. He is charismatic and shows glimpses of tactfulness but self-sabotages when he allows his insecurities to overcome his identity. In essence, the Roy family is made up of brazen and intricate personalities that allow viewers to feel a sense of connection and association.