A24’s ‘Zola’: A Fever Dream Stripper Saga Based off the Viral Tweet Storm 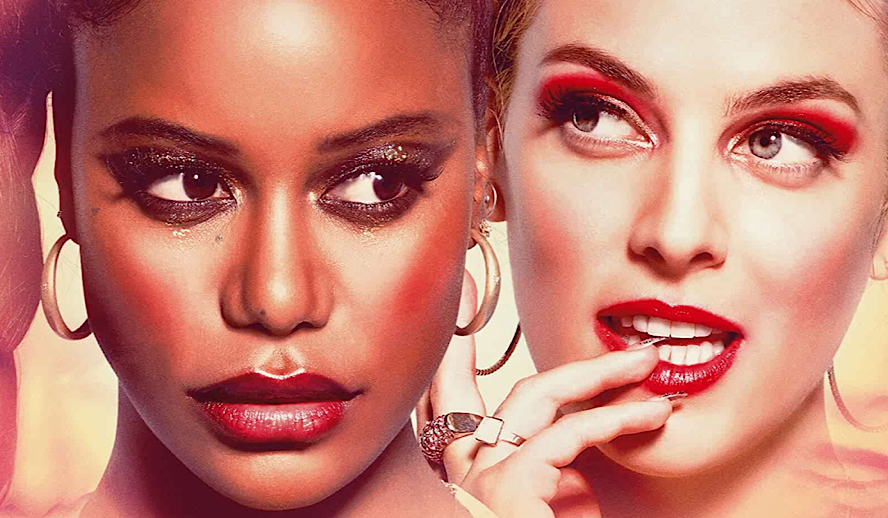 ‘Zola’, A24’s newest film, is 1 hour and 20 minutes of pure insanity. But what you may not know is that it’s based on an allegedly true story – one that was posted on Twitter for all the world to see in 2015. The 148-Tweet thread was posted by Aziah “Zola” Wells and documented an unruly weekend in which her innocent road trip with a new friend turned into a saga filled with exotic dancing, prostitution, and even a suicide attempt. Her thread instantly went viral, spawning Zola Halloween costumes, articles, artwork, and more in the coming months.

Celebrities like Missy Elliot, Ava DuVernay, and Solange Knowles contributed to the hype, which was trending as #TheStory on Twitter worldwide. Duverney even tweeted, “Drama, humor, action, suspense, character development. She can write! There’s so much untapped talent in the hood.” Right and left, people were obsessing over this wild odyssey, leading to the inevitable entry of Hollywood and its wish to adapt the tweets into a film.

Fast forward six years and ‘Zola’ is released, directed by Janicza Bravo, who most recently directed episodes of Amazon Prime’s streaming series, ‘Forever’. The film follows a young stripper named Zola (Taylour Paige) who befriends a woman named Stefani (Riley Keough) while waitressing her table at a local Hooters. The two instantly hit it off, and the next day, Stefani invites Zola on a weekend trip to Tampa to make some quick cash at the clubs. They leave for the trip, accompanied by Stefani’s boyfriend Derrek (Nicholas Braun) and roommate “X” (Colman Domingo), who turns out actually being Stefani’s controlling, violent pimp.

While the trip starts off swimmingly, Zola is quickly entrapped in a sex trafficking scheme ushered by X and must find a way to leave – torn between her want to escape and worry for Stefani’s safety. What ensues is humor, ridiculousness, and terror all in one. On one side, you have the absurdity of Zola and Stefani’s friendship, where street slang is used to the max, and conversations are often hard to understand for the uninitiated. Then, on the other hand, you have the very real danger of violence and abuse threatening them, as young women on their own. With a plethora of tone switches throughout, ‘Zola’ is certainly a wild ride.

A String of Unfortunate Events

‘Zola’ is an unconventional film, to say the least. In lieu of a formal story structure, the film feels more like a string of unfortunate events, where A leads to B, B leads to C, and so forth. Because of that, it’s hard to analyze in any formal way. Since it isn’t trying to be conventional – all rules are thrown out the window. That being said, while the end of the film feels like a sigh of relief, in retrospect, it’s hard to ascertain what the main “point” or themes are of the piece. For instance, instead of a story framed by character arc or change, Zola is more or less the same in the end as she was in the beginning.

So, in a way, the film’s purpose seems to be more about following the crazy adventure of one woman, rather than how a crazy adventure changed one woman. It’s more about the events themselves rather than Zola as a character, though she is the conduit in which we experience this journey. Overall, that makes it hard to know what to feel at the end of the film. We don’t know how Zola’s doing – or how she will be – since the movie ends abruptly too.

However, these criticisms again can be thrown out the window when you realize that, again, ‘Zola’ isn’t trying to be a normal film. Another way of looking at it is that – even if ‘Zola’ isn’t as strong in a formal analysis way – it is exactly what it intended to be. This of course is very in the vein of A24.

In fact, the strongest thing from the film that stood out to me was Janicza Bravo’s ironclad directorial vision. From shooting on 16mm film, using jarring transitions from scene to scene, using voiceover creatively, and more, her voice definitely shone through. And, she did this in a way that felt authentic and genuine. Oftentimes, when filmmakers are trying to be unconventional or stylish, it can feel forced or kitschy. ‘Zola’ had the unique quality of feeling 100% true to itself – even though on its surface it’s an absurd, insane ride. For example, the characters of the film could be seen as intense caricatures of ridiculous people, but in the way that they’re represented in ‘Zola’, they also feel like people we could know in real life. All in all, the film had the good, the bad, and the ugly – but it all felt real and authentic.

Particularly, Bravo illustrated the reality of womanhood in such stark, real terms. On one hand, we see the aspect of sisterhood in female friendships between Zola and Stefani. The two flip back and forth between loving and simply bearing with the other – but when they’re in tune, it’s a wild ride. Through their confidence in their sexuality, ‘Zola’ feels empowering at parts too. However, on the other hand, their sexuality is used against them by seedy men hoping to profit off of them. In these sequences, as a woman, you’re reminded that the world is still a dangerous place where you can and will be objectified and taken advantage of. It’s a tricky balance to keep, but in my humble opinion, Bravo did a fantastic job of showing these different faces of womanhood.

Bravo also showed her ability to transcend different genres and tones – making the film feel artful at times, and rooted in others. She also managed to make a wild film while impressively still incorporating its source material, shown through many of Azia Wells’ tweets that were spoken verbatim throughout the film. (Quick aside, Wells herself served as an Executive Producer on the project, meaning her input was valued in the development process.) As such, ‘Zola’ feels like a hodgepodge of many different elements. But the good thing is that they all seem to be working together. What ensues is a one-of-a-kind film that could be helmed by absolutely no one else – and that is perhaps what makes ‘Zola’ feel so special.

‘Zola’ is Rated-R and is now playing in theaters.