How To Prepare Yourself For The Emmys 2021; What Should I Watch Next? 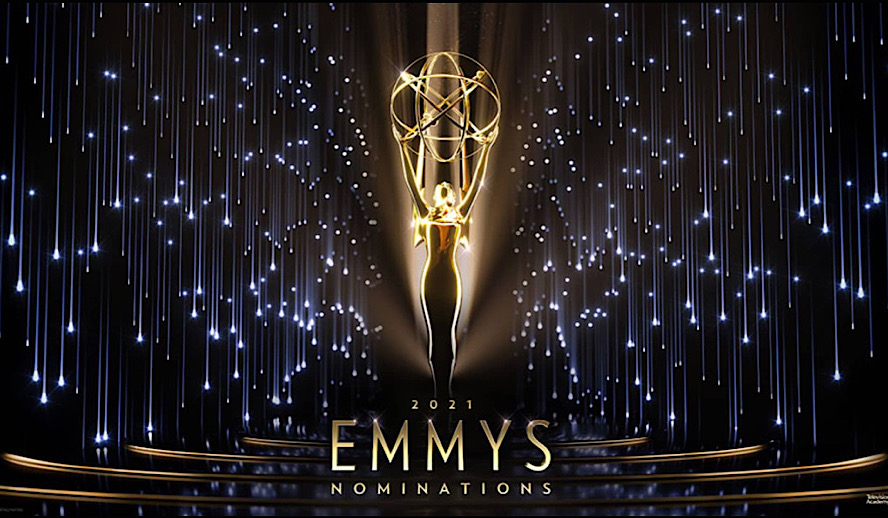 As summer begins to turn into fall, one thing to keep you distracted from the haunting thoughts of cold weather is the 73rd Emmys Award ceremony on Sunday, September 19th. Airing on CBS beginning at 8 pm ET, the Emmys celebrate the achievements of this last year of television. The Primetime Emmy Award, according to the Television Academy, is a symbol of peer recognition, as nearly 20,000 members vote in the category of competition in their field of expertise. There are three sister organizations that administer the event including Television Academy (primetime), National Academy of Television Arts & Sciences (daytime, sports, news, and documentary), and International Academy of Television Arts & Sciences (international). It will also be streaming on Hulu Live, Youtube TV, and Paramount+. The event will be hosted by comedian Cedric The Entertainer. The Creative Arts Emmys will be split into three ceremonies over September 11th and 12th, although an edited version will air on September 18th at 8 pm ET on FXX.

With all the categories though, it can sometimes be confusing if not downright overwhelming trying to figure out what to watch next. If you’re really looking to make strong predictions on who or what will win their category, then it’s best to try and watch as many as you can and make your own educated decision. However, if you are like most people and are way too busy for that, here are the highlights of what you need to watch in order to get ready for the Emmys. Last year, ‘Schitt’s Creek’ and ‘Succession’ dominated the award show, this year which show will do the same?

The comedy series ‘Ted Lasso’ was nominated for a record-breaking 20 nominations in their first season. The show, available on Apple TV+, features Jason Sudeikis as the lovable protagonist who becomes the coach to a professional soccer team in England, despite being a small-time American football coach. Described as a “feel good” show, in just ten episodes has managed to rake up quite a commotion. Its feel is similar to other successful workplace comedies mixed with the traditional underdog sports story. “You have the dysfunctional coworkers/teammates who struggle to get along until their supportive coach rallies them into becoming a better and stronger team; encounters with upper management and skeptics, and it all leads up to the Big Match. It doesn’t break the mold, but it’s all very well-executed,” said journalist Mario Yuwono.

‘WandaVision’ is the newest addition to the Marvel Cinematic Universe (MCU), and the limited series has stirred up a lot of talk. To be specific, it was nominated for an amazing 23 Emmys. The nominations include Outstanding Actor/Actress in a limited series for Elizabeth Olsen and Paul Bettany as well as Outstanding Supporting Actress in a Limited Series for Kathryn Hahn, and several nominations in categories such as writing, directing, production design, music, visual effects, and hairstyling to name a few.

The mini-series features the return of Wanda Maximoff, also known as Scarlet Witch, and Vision after the effects of ‘Avengers: Endgame’. It is the first television series in the MCU to be produced by Marvel Studios, although since then ‘Loki’ and ‘The Falcon and The Winter Soldier’ have both been released, and more are on the horizon. The show pays homage to classic sitcoms like ‘I Love Lucy’ as Wanda and Vision live in an alternate reality which has them experience life through different television tropes. The show is available on Disney+, although if you aren’t caught up on the MCU then this might be a bit more confusing than a stand-alone show.

‘The Queen’s Gambit’ was such a success when it came out that it literally boosted chess sales by over 1,000% according to NPR. Elizabeth LoVecchio, the vice-president of marketing at Spin Master, said, “Ever since ‘The Queen’s Gambit’ launched, our chess sales have increased triple digits.” It’s no wonder either, the Netflix mini-series was a massive hit. Anya Taylor-Joy already took home a Golden Globe for her portrayal of the intense chess prodigy Beth Harmon, and it’s possible she takes home an Emmy for Outstanding Lead Actress in a Limited or Anthology Series. The show received 17 other nominations as well, including Outstanding Period Costumes, Outstanding Cinematography in a Limited or Anthology Series, and Outstanding Writing. It’s a quick watch, with only seven episodes and a captivating story, it’s easy to binge so you better get started.

The whodunit ‘Mare of Eastown’ was nominated for 16 Emmys, including Kate Winslet’s third Emmy nomination for Outstanding Lead Actress in a Limited Series for her portrayal of Detective Mare Sheehan. It also includes the nominations for both Jean Smart and Julianne Nicholson for Supporting Actress. Smart is nominated again for her work in ‘Hacks’, the successful comedy show with its own 15 Emmy nominations behind it. HBO’s limited series is about a small Pennsylvania town where a young girl is murdered. The detective is trying to solve the case while simultaneously attempting to keep her personal life together. The show focuses on the trauma, grief, and small-town life that surround the murder, as well as what mothers will do for their children. The show can be watched on HBO Max, Hulu, and Amazon Prime.

While that was four shows with a combined 76 nominations in the 2021 Primetime Emmy Awards, if that wasn’t enough for you, I still have some more recommendations that are worth watching if you’re bored. These are other shows that have been nominated for multiple categories across the board and have been given stellar reviews.

‘Hacks’ (which was mentioned in ‘Mare of Eastown’ section) is another HBO show about a mentorship between legendary Las Vegas comic Deborah Vance and a 25-year-old comedy writer. ‘The Crown’ BBC historical drama about the British monarchy, adds to its impressive list of nominations in the 2021 season. ‘The Handmaid’s Tale’ Final season 4 is not a surprise after consistently receiving critical acclaim. ‘The Mandalorian’ on Disney+ also nabbed an impressive 24 nominations for the latest Star Wars installment.