When Did the ‘Real Housewives’ Become the Latest True-Crime Drama? 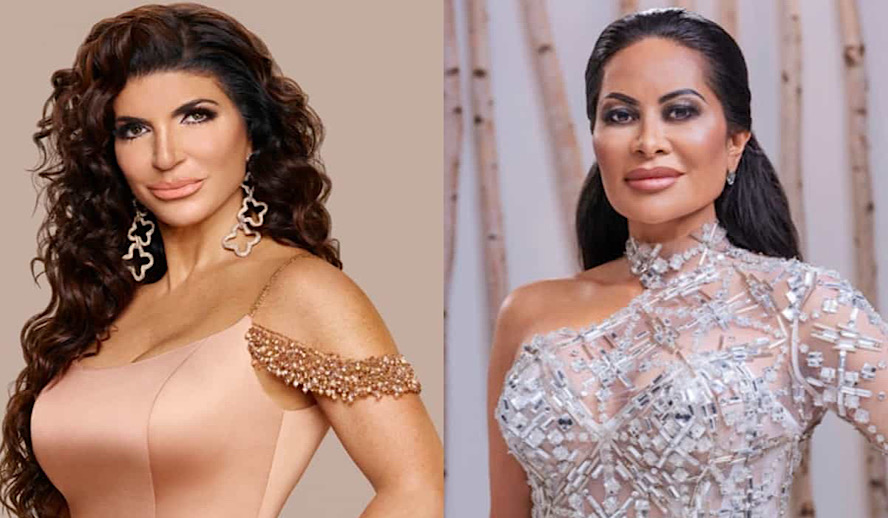 American reality television has become embedded in our entertainment history. Long are the days of Hollywood’s Golden Age, where the allure of a movie star was the enigma of their personal lives. Today, we are offered the same of-the-top glamor sans mystique. Instead, we have relatively unknown women (excluding Lisa Rinna and Denise Richards) who sign up to expose their intimate lives all to quench audiences’ insatiable thirst for real-life scandal and drama. Somewhere along the road, the palates of audiences have evolved beyond the shock of cheating scandals to the intensity of federal charges taking over media including the unthinkable of deportation, prison time, and million-dollar lawsuits. When did escapism become stressful? As many of us unwind during the week, the reality of many bravolebrities begins to feel all too exploitive.

It’s been over a decade since ‘The Real Housewives’ first aired. ‘The Real Housewives of Orange County’ featured a small group of women who were struggling to maintain the perfect façade of a wife and wealth. ‘The Real Housewives of New York’ focused on a mix bag of women from a countess who married into French aristocracy, to a Princess with close ties to the Kennedy’s, and of course, the controversial Bethenny Frankel who capitalized on her platform to create who insanely successful brand Skinny Girl. For every city, there was a collection of wealthy women who were wives, mothers, and even girlfriends navigating complicated webs of female friendships.

‘Real Housewives’ – The Evolution of Drama

Teresa Guidice was casually a flipping table in the suburbs of New Jersey while accusing Danielle Staub of being a prostitute. The downfall of Lisa Vanderpump was when she quickly evolved to become the antagonist of ‘The Real Housewives of Beverly Hills’ in the Lucy Lucy Applejuicey scandal. Over the years, cheating scandals, lies, and betrayal became expected and judged for its level of entertainment. Now, we’re watching their stories unfold within the stoic halls of courtrooms and riveting exposé from news outlets.

Erika Girardi’s life began to crumble when the Los Angeles Times shocked the nation with an article that exposed the accusations of Girardi’s husband and his law-firm, implicating Erika’s involvement. Girardi was accused of tunneling settlement funds from the widows and orphans of the Boing tragedy. Jen Shah being accused of running a marketing scheme targeting the elderly, and most recently, Mary Cosby running a cult masked as a church. For any Bravo fan and onlooker, it’s been a chaotic journey that seems surreal.

It seems that if a housewife is not problematic, they have no business being part of the franchise. It’s one of those moments when being considered “too normal” may not work in your favor. As any Bravo fan will tell you, you need a storyline. And right now, there are high expectations. Viewers crave provocative and fame-hungry personalities that know how to stir the pot in all the right ways. Admittingly, it’s taken many bumps in the road for viewers to get to this point, but it’s worth recognizing and acknowledging that entertainment may come at the cost of others, even if they’re receiving hefty paychecks per season.

The Dark Side of Drama

On some level, many reality television junkies are well aware that a ravenous consumption of housewife turmoil has teetered on the edge of exploitation, incessantly feeding on high-stakes drama that feels very much distant from the personal lives of audiences. Despite knowing all of this, many still carve a couple of hours each week to indulge with the comfort of beloved reality shows for a piece of escapism. With multiple Bravo fans heading to podcasts and notable fan accounts, the universe of Bravo has now formed a niche community within media.

Watching these women grapple with their painful realities forces viewers to question how they would handle such emotionally exhaustive situations. Maybe watching these women face unimaginable turmoil provides viewers a contrasting sense of relief from that demanding day at work or an argument that took place just a couple of hours before the episode aired. Despite the subjective reasoning, the intimacy these women are willing to televise could be their way of taking control of their narratives while profiting from the scandal that haunts them like a dark cloud.

Despite the Guidice’s being charged, convicted, and Joe subsequently deported, Teresa returned to the series that allowed her to provide an introspective look at how her family dealt with the high-profile impact and even brought cameras along as she brought her daughters to visit Joe in Italy. The same goes for Erika Girardi, even though viewers held little sympathy for Girardi’s attempt to save face during the latest season of ‘The Real Housewives of Beverly Hills,’ the star will be returning for the next season amidst ongoing litigations.

The most shocking is the recent charges against Jen Shah from ‘The Real Housewives of Salt Lake City’ where she is currently facing charges of conspiracy to commit wire fraud through telemarketing schemes that target victims over the age of 55. The scandal had a cinematic thanks to producers filming crucial moments that led to her eventual arrest. It started with an ominous phone call that forced Shah to remove her mic while filming, fleeing the scene, or the Sprinter van, before the FBI and Homeland Security swarmed the parking lot of Heather Gay’s Beauty Lab.

Fans jokingly demand the location should be dubbed as an official landmark in American history. It was also the reaction from her co-stars, from Lisa Barlow’s titillating conversations with multiple lawyers making sure this won’t affect her to Whitney Rose’s untapped wealth of knowledge of the charges. It’s a riveting tale that continues to unfold behind the scenes with an unpredictable ending that could be devastating for Jen Shah.

And to think all of this stemmed from Andy Cohen’s fascination for wealthy women.