The Imaginative Mind of Baz Luhrmann: A Look into the Fame Director’s Career 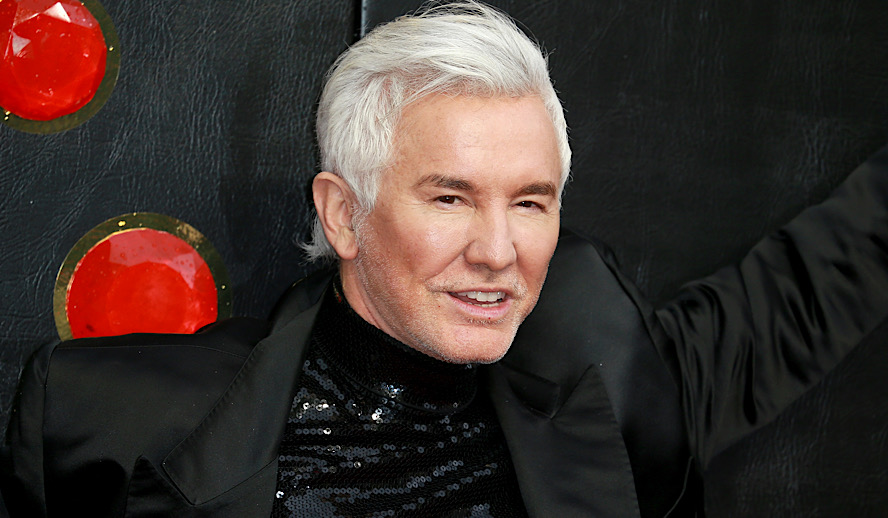 The Rise of Baz Luhrmann: The Red Curtain

Over the years, Baz Luhrmann has proven himself to be a producer, director, and writer extraordinaire. His creativity is dazzling as his works have stunned audiences through his imaginative storytelling. The Australian filmmaker grew up in New South Wales where he developed interests in theater, dance, and even opera. When Luhrmann moved to Sydney, he went to school at Sydney’s National Institute of Dramatic Art. During his time at school, he worked with the Australian Opera company at the Sydney Opera House.

He took part in various theatrical productions and began creating his own works. A lot of his initial projects were inspired by his involvement with the Australian Opera, leading him to write and direct a play in 1986 called ‘Strictly Ballroom’. Six years later, he made a romantic mockumentary film called ‘Strictly Ballroom’ that was based on his initial play.  The movie was Luhrmann’s first hit as the film won several awards later on.

Come Behind The Scenes of ‘Elvis’

Following later in 1996, he took part in creating the modern reimagination of Shakespeare’s play ‘Romeo + Juliet’ which stars Leonardo DiCaprio and Claire Danes. After the success of the renowned romance film, Luhrmann released the musical based in Paris, ‘Moulin Rouge!’, in 2001 starring Nicole Kidman and Ewan McGregor. The three films were great moments within Luhrmann’s career as he named this iconic trilogy of movies the ‘Red Curtain’. The three stories are not connected through their plots but through their style and direction. You can tell that Luhrmann was greatly influenced by his work in theater as the films have a heightened visual experience that are visibly reminiscent of his works on stage. Such unique filmmaking styles have put Luhrmann on the map as his works as a filmmaker are constantly evolving. We are able to see his vision develop in recent works such as his adaptation of F. Scott Fitzgerald’s ‘The Great Gatsby’ in 2013 which stars Leonardo DiCaprio once again. Later on, he released a Netflix series in 2017 called ‘The Get Down’ which was a musical drama that ran for one season.

In his involvement with musicals, his passion for music is no surprise. He is known for his blend of modern and traditional sounds in his soundtracks. An example is ‘The Great Gatsby’, in which he assisted in producing the soundtrack where he incorporated pop artists such as Lana Del Rey, Fergie, and Sia on 1920’s type beats. The film’s soundtrack was Grammy-nominated which became Luhrmann’s second Grammy nomination alongside ‘Moulin Rouge!’. By being both producer and writer on most of his musical tracks, Luhrmann also has an album called Something for Everybody which consists of songs from his films and his famous hit single, Everybody’s Free (To Wear Sunscreen).

If one was to describe Baz Luhrmann’s works, it would be chaotic goodness. One thing that Luhrmann is greatly known for is his unique visual and theatrical direction that is both vivacious and exuberant. Although the auteur is sometimes critiqued for his so-called “gaudiness”, he is consistently pushing the boundaries of creativity within the cinematic viewing experience. He has constantly explored themes of romance and fantasy (which is seen in his Red Curtain trilogy) in his stories but what is different between him and other filmmakers is that there is always something new within his works. From the creative musical numbers in ‘Moulin Rouge!’ to the extravagant party scenes in ‘The Great Gatsby’, his filmmaking perspective is ambitiously daring. He is not afraid to go beyond the limits of what filmmaking can do. Luhrmann understands the need to heighten drama even if he is highly critiqued for it. In an interview for the New York Times, he states that he, “would love to do a rom-com or a jeans and T-shirt film…” but it is simply not what he is drawn to do. He goes on to say: “I’m addicted to doing not that which I really want to do, but that which I feel must be done”.

Full Rendezvous At the Premiere of ‘Elvis’ with Reactions from Stars

In addition to filmmaking, Luhrmann is involved in the fashion and art world. His extravagance translates from movies to fashion as he directed commercials and promotions for the brand Chanel. He has also worked closely with Anna Wintour, the editor-in-chief of Vogue, while he worked with the Metropolitan Museum of Art’s Anna Wintour Costume Center executing chaired galas for the organization. Luhrmann’s artistry has no boundaries as he is consistently evolving with his work. His style of campiness may not be for everyone, but his signature filmmaking will always draw you in.

The Storytelling of Baz Luhrmann

Each of Luhrmann’s films has a cinematic language that has its own distinct style. His visual storytelling draws in an audience that lures them into his world. His writing style and stories are simple, yet Luhrmann incorporates a sense of complexity through the audience’s visual experience. An example is yet again ‘The Great Gatsby’, although it had some mixed reviews, Luhrmann’s adaptation understands the extravagance and also the emotional vulnerability of Gatsby’s character, which is also thanks to DiCaprio’s great acting. The essence of the story was a character’s realization from becoming a beloved icon to becoming human.

Luhrmann was able to uphold such aspects as he consistently blended both reality and fantasy in the film. As ‘The Great Gatsby’ is one of his “toned down” films in comparison to the Red Curtain trilogy, it remains a decorated piece of Cinema. In most of his works, he aims for the truth through grandiosity. The glitz and the glamor are oftentimes utilized to display the illusion of what life could be like. Luhrmann makes films that allow audiences to enjoy this world of theatrical escapism through his alluring storytelling.

What’s Next for Baz Luhrmann?

Luhrmann is constantly working on projects whether it is movies, music, or fashion. Recently, Baz Luhrmann tackled and directed the newly released biopic that looks into the life of Rock and Roll star, ‘Elvis’.