‘Penguin Bloom’: A Heartfelt Story of Learning to Spread Your Wings 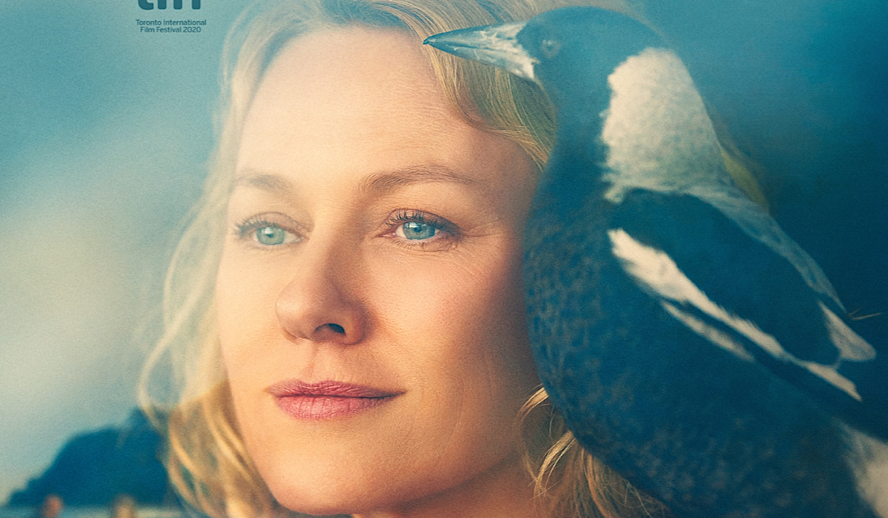 ‘Penguin Bloom’ the newest film from streaming service Netflix and director Glendyn Ivin (‘Safe Harbour’) is as beautiful plot-wise as it is visually. It starts with the narration from debut actor Griffin Murray-Johnston and begins a deeply moving and personal tale. The film opens on a montage of the family celebrating and exploring Thailand, a cheerful prelude for the drama to come.

Within the first five minutes, we learn that able-bodied Naomi Watts (‘Mulholland Drive’) falls off a building in a freak accident while her husband, Andrew Lincoln (‘The Walking Dead’) watches. The rest of the story plays out in painstaking detail as Watts’s character struggles to recover while Lincoln tries to hold their family together. It’s a grueling, heart-wrenching tale that highlights the skills of Murray-Johnston, Watts, and Lincoln.

Related article: Age-Gap Relationships in Cinema: A Case Study of ‘Malcolm and Marie’

‘Penguin Bloom’ – The Reality of Recovery

The first image of Watts we see after her accident is her sprawled in bed, sweat clinging to her forehead with matted hair. Although we don’t know the extent of her condition yet, we know it’s serious just from the tense expression on her face. Within minutes, we realize the severity – her legs are paralyzed. Watts’s bedroom is a strong contrast to the rest of the sunlight-filled house, as the rest of her children laugh and play she struggles to get out of bed. In this scene, Watts tries to get herself out of bed and barely manages to get herself to the edge of the bed without exhausting herself.

It’s a horrifying reality of how quickly things can change, and we witness this entire story through the eyes of a Murray-Johnston, their eldest son. He watches from a distance as Lincoln painstakingly undresses Watts and removes her catheter, revealing a red, raised scar between her shoulder blades. “Mum broke her back at her bra strap,” Murray-Johnston explains to us, “she can’t feel anything from there down.”

Naomi Watts’s Skills Are On Show

Watts’s performance in ‘Penguin Bloom’ is evidence of her mastery of her craft and her character is clearly strong as she fights to keep control of her emotions in front of her children. She tries to resemble normalcy as best as she can, yet it’s obvious there are some things she can’t do anymore. Watts holds it together as well as she possibly can, but as soon as the children and her husband have left for school she breaks down.

While Watts doesn’t need to cry, the disappointment and anger in her face is clear enough. She simply sits as the radio drones on before lashing out and shattering a honey jar. It may seem like a small moment to the audience but the intent is clear, it’s Watts lashing out at the only thing she can control. Only a few minutes later, Watts closes all the blinds and sits in silence. No birds chirp, the radio has shut off, and there’s no one in the house but her. One of the most poignant lines of the film is when Watts says, “What am I if I can’t be a mum?” that hits the viewers hard. Although Watts may have a supportive husband and system, it’s clear that some parts of recovery can only be done alone.

Andrew Lincoln’s character isn’t as expressive as the children, but he’s the true heart of the film. He’s multi-dimensional and the way he reacts to his wife’s injury is telling of his real temperament. Keep in mind that he looked away for one second and then his wife plunged off a building, which surely created a feeling akin to survivor’s guilt. Along with that, Lincoln’s wife is the matriarch of their family as well as very active. There are a plethora of different emotions that Lincoln has whenever he sees his wife and this performance allows the character to have layers.

Lincoln is the unwavering support system for his wife and sons. While his character may be overlooked, he helps Watts along with her recovery. He knows when to push her and when to leave her be, when to make her socialize and when to let her be alone. Lincoln also serves as the bridge between the struggling Watts and her young sons as he pushes them to connect. Although he’s more soft-spoken than the majority of the other actors, his presence is strong. He never seems phased by his wife’s frustration, which she often takes out on him, and is kind and patient.

While Andrew Lincoln is the star of ‘The Walking Dead’, he doesn’t hesitate to be a supporting character in ‘Penguin Bloom’. The on-screen relationship between Lincoln and Watts never feels contentious, he allows himself to perform without trying to outdo Watts. It’s a testament to both of their skills that Lincoln and Watts are able to pull off such a complicated relationship without falter.

What This Injury Does To A Family

‘Penguin Bloom’ is a very raw, humble story. The film doesn’t try to be flashy because its story speaks for itself. Telling the story from the perspective of the eldest son, still barely a teenager himself, drives in this sense of empathy and sadness. As well as that, the film does a good job of exploring their story without holding the viewer’s hand throughout it.

When Murray-Johnston speaks, it’s with a childlike earnestness in his eyes. There’s evident love in his eyes for his parents, as well as confusion and fear. His mother’s injury forces him to grow up, sure, but that isn’t the worst part. No, the worst part is having to look at his mother, his hero, and realizing she’s completely changed and it’s partially his fault. She can’t run with him or swim with him or even climb into his bed and read him a bedtime story. Murray-Johnston’s reality has shattered and left him to try and pick up the pieces.

In one scene, Murray-Johnston watches from the living room as one of his brothers, Oli (Abe Clifford-Barr), asks their mother to tie his shoelaces for him. A seemingly innocuous task, the instant disappointment, and sadness are clear on Watts’s face at the inability to bend down and tie her son’s shoelaces. It’s a simple moment but it demonstrates what the movie is about, adapting to change and learning to live after a life-changing injury.

‘Penguin Bloom’ is available to stream on Netflix.