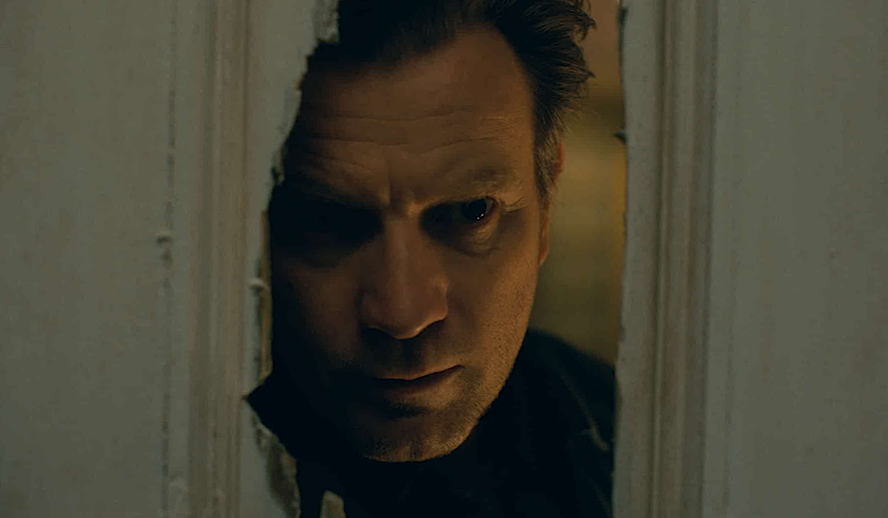 Doctor Sleep, the sequel to the infamous The Shining (1980), is an impressive feat in intimate character study, engulfed in larger, blockbuster stakes. The film follows a middle-aged Danny Torrance (Ewan McGregor) as he attempts to overcome his alcoholism – the very same disease that took his father. During this decade-long journey to sobriety, we also see Danny establish telepathic communications with Abra, a young girl who has inexplicable amounts of “shine,” like Danny.

As character Dick Halloran surmised in The Shining, those who have “shine” hold special, clairvoyant abilities. Alongside this narrative, we are introduced to the True Knot, a bohemian cult of immortal beings who wean their life force from children’s “shine.” Led by the stylish Rose the Hat (played by Rebecca Ferguson), the group searches for new energy sources, which have been depleted in the past decade. When Abra’s “shine” is noticed by Rose, putting her life in danger, she calls on Danny to help her destroy the True Knot.

The film succeeds in being a wildly enjoyable thriller, but where it triumphs most is in its identity as a family drama and to reconcile literary and film versions of this most infamous Stephen King IP.

It is widely known that Stanley Kubrick’s version of The Shining diverged considerably from Stephen King’s bestseller novel. In the book, the story ends with the combustion of the Overlook Hotel and the survival of Dick Halloran, for instance. However, in Kubrick’s retelling, the Overlook is left unscathed in the end, and Halloran is killed by Jack Torrance. The film also introduces the infamous hedge maze, which is non-existent in the novel.

Fast forward almost 40 years, and Doctor Sleep’s Director Mike Flanagan is tasked with a hefty assignment – to reconcile the two versions. Flanagan had to begin Doctor Sleep with a very much alive Overlook Hotel, re-integrating its lore and existence back into the film. As audiences can see from the trailer, the huge draw of Doctor Sleep is arguably its return to the Overlook (great, from a commercial standpoint as well). Flanagan achieves these revivals with believable, seamless conceits; for example, he brings back Halloran in ghost form to assume his mentorship role to Danny, which is believed since Danny can already see the dead.

Ultimately, Flanagan pays an honorable tribute to Kubrick’s film, while also putting his own stamp on the series. The most obvious example is his mirroring of certain scenes from The Shining – shot and lit in the same exact ways, but ridden with different contexts. It’s a pleasant surprise and an obvious tribute to its predecessor. Flanagan also integrated Kubrick’s film through a haunting new rendition of the classic score. Composed by The Newton Brothers, this percussive score is reminiscent of a heartbeat, which, when irregular, sows anxiety and suspense into its scenes. It is largely bare, aided by strings and howling wind effects to punctuate its silences. The score pays off most in rare crescendos’ into classic stores from The Shining during climactic moments.

Lastly, Flanagan cherry picks moments from both novels to succinctly end Doctor Sleep, weaving in elements from The Shining novel that were overlooked in its film counterpart, and reinventing plot points of its sequel to create a rounded narrative. With a running time of 2 hours and 32 minutes, three converging storylines (Danny, Abra, and the True Knot), and the span of over a decade, the film certainly feels literary and like a true Stephen King story. In fact, the film even gained a stamp of approval from Stephen King himself, who said in EW, “everything that I ever disliked about the Kubrick version of The Shining is redeemed for me here.”

A Family Drama at its heart

By analyzing the film from a character-driven lens, it’s clear it is a Family Drama at its heart. Much like Flanagan’s recent Netflix series, The Haunting of Hill House, the film flourishes in providing intimate character development and exploring deeper themes, far more than the typical Horror blockbuster achieves.

We see Danny struggle with inherited attributes from his father, primarily alcoholism, as he struggles to shed the trauma from his past. At the beginning of the film, Danny takes a train to a small town in New Hampshire, where he is taken under the wing of a man named Billy. Billy finds Danny lodging and work, saying he knows exactly what kind of man Danny is – “you’re sick, you’re tired. I can see that much.” A large part of the film follows Danny’s journey to sobriety, which we see him struggle with up until the end of the film. During one of his chip speeches, he finally admits that his struggle with alcoholism is tied to his father. “The only time I got to know him was when I got dark… the anger, those things were his and all I could know of him.” Danny admits that, as an adult, he can understand the struggles his father once tried to overcome for his family. He ends his speech with, “this is for Jack Torrance.”

Though his father, much like the Overlook Hotel ghosts, are merely traces from his past, the film leads up to Danny finally returning to the Overlook, where he must physically confront them. It is there where the main tension of the film – if Danny will become like his father – is resolved.

Ultimately, the film as a whole is about Danny’s journey to recovery. Apart from his participation in Alcoholics Anonymous, we also see him taking up a hospice job, where he is dubbed “Doctor Sleep” for his ability to know when a patient is close to death and keeping them company to the very end. A clear exploration in PTSD, we witness Danny learning how to use his “shine” for good – a departure from its haunting grip over him in the first film.

His recovery, however, is mostly seen in the true bridge between The Shining and Doctor Sleep – in the character of Abra Stone. Similar to how Halloran became Danny’s guide to the “shining” as a child, Danny becomes that mentor figure for Abra. In fact, Abra has the most “shine” of anyone he’s ever met, symbolizing a sort of passing of the torch. The two carry a telepathic friendship throughout the years, until one day Abra finds Danny in person, begging him for help. Though Danny is reluctant at first, telling her she should lie low and hide her “shine” from dangerous people like Rose, he agrees to help her. In the end, through his relationship with Abra, Danny gains redemption for not only his own distressing past, but for the terrors inflicted by his father, and the Overlook, as well.