Why Twitter is One of the Best Places for Online Artists 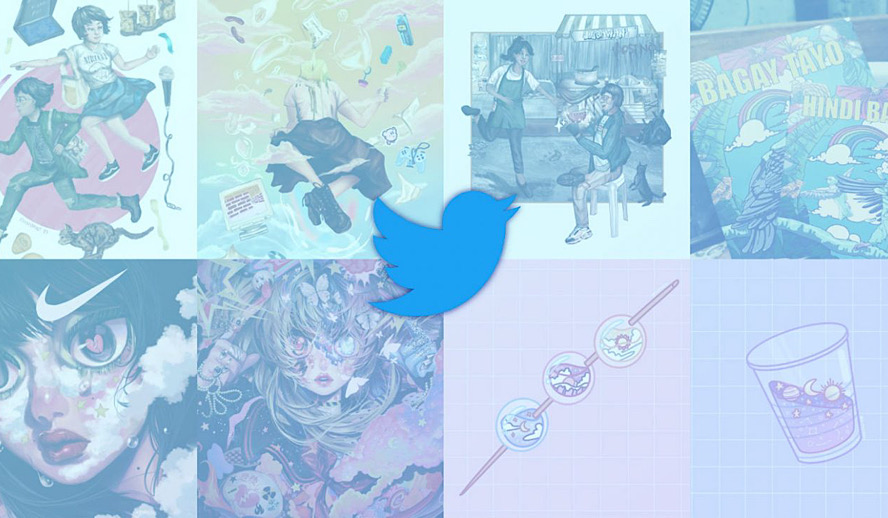 Twitter is a social media website that’s a prime example of a simple idea going a long way. Founded in 2006 by Jack Dorsey, Noah Glass, Biz Stone, and Evan Williams, the website allows people to speak whatever’s on their minds at any given time through “tweets”, a.k.a. short posts limited to 280 characters (previously 140 up until November 8th, 2017). Tweets can also include up to four images, one animated gif, or one video with a file size lower than a single gigabyte. People can follow other users, upvote tweets through a “like” system, and “retweet” (reposting a tweet so it appears on your own feed) they feel warrants sharing. Throughout the 2010s, the website rose in popularity, to the point where today, there are around 329 million active users on the website. While not without its own standards and guidelines, the amount of freedom allowed on the website has allowed many different communities to come together and thrive on the platform.

Unfortunately, as one might have guessed, there is a yin to this yang. With virtually everyone allowed to speak whatever is on their minds (and I do mean whatever), things can spiral out of control pretty quickly. Arguments, trolling, harassment, hateful remarks, and general nastiness have a tendency to run rampant on the site, as moderation on such a massive website can only go so far. This has caused Twitter to obtain a less-than-stellar reputation over the years. But instead of focusing on this, I’d like to talk about said reputation’s silver lining; for all the issues people have with the site, a major part of its appeal is just how quickly everyone can interact with each other on it. At any given time, you can like, retweet, or reply to any post you see, and depending on how active the person is on the other end, they can respond to you just like that. It’s a level of instant interaction that not many other social media sites bring. And going back to the community aspect that I brought up in the preceding paragraph, there’s one particular community I’d like to highlight today: The art community.

Being an avid drawer myself, I’ve spent a fair amount of time on the art side of Twitter myself. There’s an enormous amount of insanely talented people on the Internet capable of drawing and creating amazing things, and those talents in conjunction with the instant interaction Twitter is built around can lead to artists getting the recognition they deserve and then some. It’s this reason that I feel that Twitter is one of the best places for artists to be, and that’s taking the countless art-sharing websites on the internet into consideration.

Twitter has a general sense of togetherness that’s honestly pretty comforting as far as social media goes. Just about everyone you could think of has a Twitter account, from major celebrities, to people working in Hollywood, to hobbyists, to people that just want to talk with their friends. Twitter artists have the potential to reach more people than one would assume; sometimes actors, producers, or other crew members of shows will acknowledge and show support towards fan works posted to Twitter, and that includes fan art of cartoons. On top of that, fellow artists will often retweet the works of those that they follow, leading to more exposure for them. It’s a really neat system that works wonders as far as finding new and interesting artists to follow goes.

Advantages Over Other Websites

It goes without saying that online art sharing is far from something new. Sites like Deviantart and Newgrounds (even if the latter is known more for its user-made games and animations) have been around since the early 2000s, as have various independent fan sites for shows, games, and movies, which often had pages dedicated to fanart submitted by members. However, what makes Twitter stand out from your regular art-sharing websites is the fact that it’s a site built for general social activity. Because of this, there’s a bit more of an “instant” nature when it comes to online interaction on the website. Sure, if you’re someone who’s got a few followers and has never posted art before, there’s a slim chance you’re going to blow up in popularity right away, but honestly, part of the fun lies in being socially active and getting along with other people on the site. It’s not just about getting as many views as you can, it’s about the fun to be had in showing support for fellow artists by commenting on, liking, and retweeting their work.

As great as Twitter is for allowing artists to unite and share their creations with each other, there is one minor drawback that dedicated art-sharing websites simply don’t have, and it’s a drawback that’s unfortunately by design. Twitter, as I’ve stated, was made for social interaction, and tweets are generally not meant to be properly archived. Because of this, it’s easy for artwork on Twitter to get lost in someone’s feed, especially if they’re someone who uses the site frequently. Because of this, I feel like it’s the best course of action for online artists to have accounts across multiple different sites where they can post their art to. Heck, some people have alternate Twitter accounts dedicated to their artwork, allowing them to use their main accounts for more social purposes. I stand by everything I’ve said thus far; Twitter, as it stands currently, is one of the better places for sharing art. However, due to Twitter not having a proper system for archiving everything you’ve ever tweeted (or retweeted), it’s important to archive your work. Simultaneously posting what you’ve made to both Twitter and DeviantArt or Newgrounds will work wonders for your online presence as an artist.

If you’re an artist with a strong faith in your own talents, starting a Twitter account to show off your art is highly recommended. There, you can engage in the proper social experience; look around for a bit, seek out artists whose work interests you, follow them, comment on what people have made, and most importantly, just be yourself. It may very well take some time to properly find your legs in the art community, and the best thing to do as an artist is to be patient, active, and supportive of others, but when you do, you’re sure to feel right at home.