‘The Sound of Magic’: Netflix’s New K-Drama Explores the Supernatural 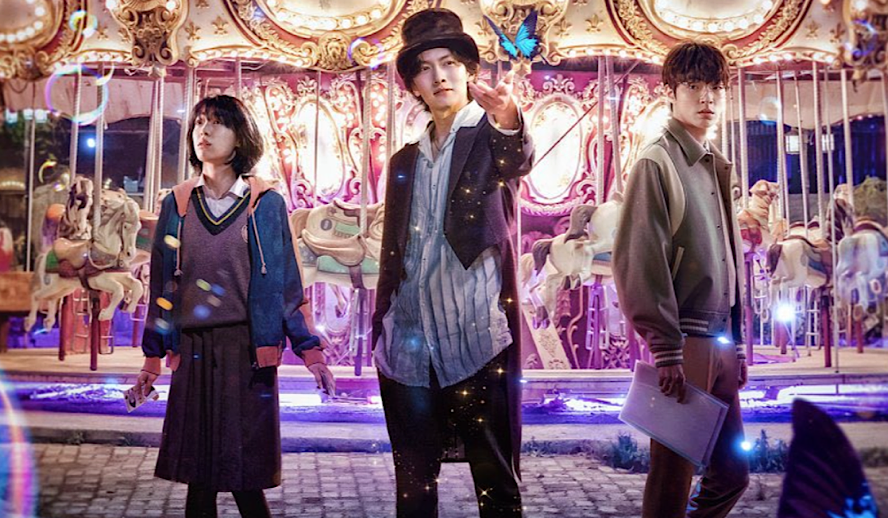 Photo: ‘The Sound of Magic’

‘The Sound of Magic’ is a new South Korean drama on Netflix that examines mystical themes with its witty one-liners and musical numbers. The series is an adaptation of Ha-Ilkwon’s manhwa (South Korean graphic novel), ‘Annarasumanara’. The word “annarasumanara” is said repeatedly throughout the drama and is essentially similar to the sayings of “abracadabra” but in Korean. The screenplay adaptation is written by Kim Sung-yoon who also directed the drama and who is known for his work on ‘Love in the Moonlight’ (2016) starring Park Bo-gum and the popular Netflix K-drama ‘Itaewon Class’ (2020) starring Park Seo-joon.

The series is not as lengthy as other South Korean dramas as most typically have 13 to 16 episodes, but ‘The Sound of Magic’ has one season with 6 one hour long episodes. The cast has iconic actors and actresses as the main characters consist of upcoming stars such as Hwang In-yeop and Choi Sung-eun, who are cast alongside Ji Chang-wook. The storyline of ‘The Sound of Magic’ is reminiscent of Gong Yoo’s K-drama, ‘Guardian: The Lonely and Great God’ (also known as ‘Goblin’), as it follows the typical storyline of a disillusioned teenager seeking refuge in a supernatural being. The drama is entertaining but it definitely lacks elements that could engage viewers in this world of fantasy.

Do You Believe In Magic?

The first episode of the drama opens up to a group of girls telling stories about a mysterious magician who lives in an abandoned amusement park. It then transitions into an opening of a ‘La La Land’ -esque musical number with grand-scale production in addition to cohesive choreography and catchy melodies. We are then introduced to our main character, Yoon Ah-yi (played by Choi Sung-eun), as she is seen tripping and rushing to class. Ah-yi’s background is a grim and dark story as she was abandoned by her father and is forced to care for her younger sister. Throughout the course of the series, she struggles to survive the harsh consequences of reality as Ah-yi deals with trying to pay for rent, finding food to eat, and dealing with debt collectors who are after her father. She tries to navigate her way through these troubles while also being one of the students at the top of her class. She learns the hard way when trying to earn money which leads her to lose trust and faith in the people around her.

It is an unexpected and eerie meeting with an unknown man that changes her life forever. This is where the audience is finally introduced to the mysterious person that was mentioned at the beginning of the first episode. Her plea for help led her to meet Lee Eul (played by Ji Chang-wook), a self-proclaimed magician. With several tricks up his sleeve, this surprising man might truly be an actual magician. Her trust in him is cautious at first (which she has every right to be), but given the fact she is in a difficult situation, who wouldn’t resort to relying on magic? It seems evidently insane and out of the blue, but despite Lee Eul being a dangerous man, Ah-yi soon trusts him and the magician finds himself protecting and caring for her. In addition to Lee Eul, Ah-yi seems to only have one other companion, Na Il-deung (played by Hwang In-yeop).  Il-deung is Ah-yi’s equally smart classmate who has a slight romantic interest in her. Alongside Lee Eul, Il-deung is seen protecting her from bullies who torment her in school. Both Ah-yi and Il-deung are unsure about the thought of magic, but as the series progresses, the aspects of the supernatural start to become even more believable for these characters.

The Good and The Bad of ‘The Sound of Magic’

‘The Sound of Magic’ in itself has its fun moments with beautiful visuals and entertaining musical scenes. It is sometimes strange and peculiar in the right aspects as the audience is constantly questioning whether or not the magic is beneficial or threatening. In addition, the acting is effective as the cast delivers emotional, cynical, and comedic performances. Choi Sung-eun’s depiction of Ah-yi specifically creates a dark and vulnerable portrayal of the character which allows viewers to empathize and root for her. It is also Ji Chang-wook who expertly represents a dodgy magician who keeps the audience wondering whether or not the character is the hero we root for or the villain we despise. It becomes Ah-yi’s choice and journey to find out. I have to also thank Hwang In-yeop’s Na Il-deung as he shined in every scene that he was in. His portrayal of youthful characters never fails to amaze me as his energy is constantly captivating audiences.

There are evidently entertaining qualities that makes this adaptation redeemable, but some aspects of the drama stray away from the core motifs of the manhwa. I do understand their reason behind incorporating musicals within the drama because it makes the themes of magic even more mystical, but that aspect of the series felt like it took away the edge of the darkness that encompassed the original story. I have nothing against a little musical number, but it had me questioning how the song benefited the plot. In addition, the script and writing fell a bit flat as it lacked a compelling flare to the story. It could have potentially been because of the songs that were performed throughout the drama as it watered down the writing, but its storytelling could have been further developed.

An example is the writing for Ji Chang-wook’s Lee Eul, the actor did the best that he could do with little source material but the writing for his character missed a few steps as the writing for the magician could have been even more complex and charming. The series also had multiple plotlines going on which is typical in a South Korean drama, but every plotline lacked development. Maybe if the series was your typical season of 13 to 16 episodes, it would have enough time to further stretch out the story but it ended up collapsing into a short 6-episode series.