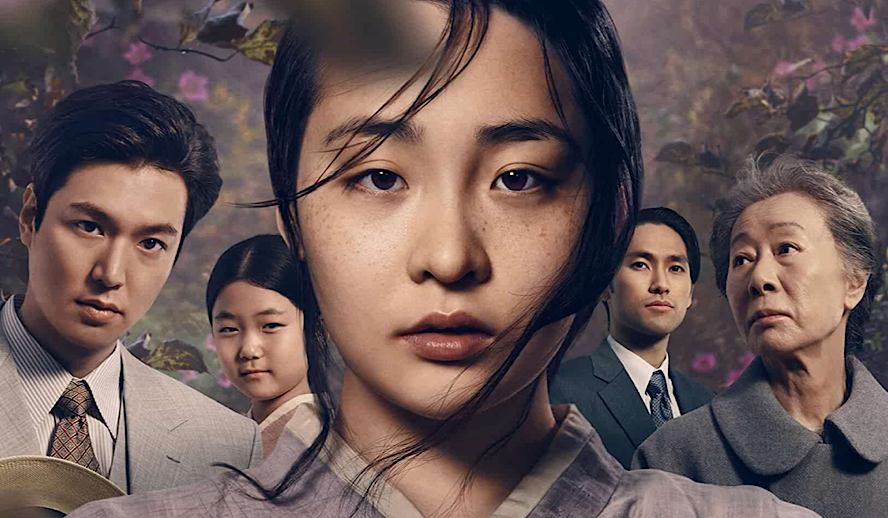 Whenever I hear that a book I love is being turned into a movie, I find myself wishing it would be adapted into a series instead. Novels are rich and heavy with subplots, character development, and lots of heart. Adapting hundreds of pages into a feature-length film never feels like enough for me. A series, however, can cover much more ground, unfolding a story in a way that closely reflects the way it was told on the page. We have seen this work in ‘You’, ‘Gossip Girl’ and ‘The Handmaid’s Tale’, and now we get to see this method shine again through ‘Pachinko’.

‘Pachinko’ is adapted from the New York Times bestselling novel of the same name, written by author Min Jin Lee. The season will consist of eight episodes, three of which were released on Apple Tv+ March 25, with the remaining five releasing every Friday through April 29. The story that unfolds throughout ‘Pachinko’ is rich and complex, lending itself beautifully to the series format. Each episode brings new realizations and deepens the storyline in a way that makes it impossible to look away.

The protagonist of ‘Pachinko’ is Sunja, portrayed by Youn Yuh-jung. Sunja is a Korean woman who grew up while Korea was occupied by Japan as a part of the Japanese Empire. Sunja fights for freedom for the Korean people, experiencing the unjust treatment of the civilians firsthand. Sunja was young when she first gained an understanding of the situation, and we see her played by Yu-na as a child and Kim Min-ha as a teenager. Although these experiences as a Korean citizen under Japanese rule lay the pivotal groundwork for the themes of the series, it is not the only timeline we experience.

Each episode is broken into many different timelines, a departure from the source material as the novel is told linearly. Our understanding of Sunja is brought together by seeing her entire family, from her parents in Korea in the late 1800s to her grandson in the 1980s in New York. Each member of Sunja’s family is experiencing unique effects of the Japanese occupation of Korea, either living through the conditions, being forced to immigrate, or dealing with repercussions decades after the Japanese Empire fell and Korea was freed. As we learn more about each character and their own individual timeline, Sunja’s life falls into place, each family member holding a piece to the puzzle.

Episode 1 of ‘Pachinko’ opens with a scene that establishes a curse that runs throughout Sunja’s family. A pregnant woman is distraught and begs a shaman to save her unborn child, as her previous three children met an untimely death. She cries that there is a curse in her blood. Before we can learn which fate the unborn child will meet, we cut to New York where Soloman, an enterprising young Korean man, is refused a promotion at work. Although we do not know the relation yet, it’s clear that this denial is related to the curse. Back in Korea, the pregnant woman gives birth to Sunja. Sunja is a bright-eyed, innocent child and we, as viewers, want nothing more than to protect her from this curse, but as we saw in New York, there doesn’t seem to be a cure.

We later learn that Soloman is Sunja’s grandson, so it is likely that his treatment at work is in fact the curse, passed down through the generations, but we still don’t know any specifics. This air of mystery makes for incredibly compelling television, especially considering the nonlinear timeline. As we see each character acting independently from one another in vastly different settings, we know that there is some force binding them all together. We do not have enough information to draw any conclusions, so we must pay close attention to each character and how their stories inform one another. The intricacies of the plot reveal themselves slowly, making for great satisfaction when pieces begin to fall into place.

Unraveling a story in a unique way leaves showrunners walking a fine line. A lot is put at risk when a creator decides to format their story in an unconventional way, there’s always a chance that the new form won’t land with audiences. This, thankfully, is not the case in ‘Pachinko’. Each and every decision made regarding the storytelling is intentional, working both artistically and to propel the story along. Splitting the plot into different timelines, all interwoven with each other throughout the episodes allows the story to unfold as the viewer learns more about the characters’ backstories and futures.

The effectiveness of the storytelling does not sacrifice the artistic qualities of the series. Each timeline has a unique look, differentiating it from other settings. Each location is immersive, pulling you into the world, allowing you to feel like you’re experiencing the plot alongside the characters. In a way, each episode feels like a mini-feature; The production value seems so high that it could be on the big screen. One of the directors of ‘Pachinko’, Kogonada, recently released a film, ‘After Yang’ that had similar artistic decisions that assisted in fueling the story, further making ‘Pachinko’ feel like a feature. The cast of the show is similarly suited for the silver screen, delivering highly emotional performances. ‘Pachinko’ isn’t your average series, it’s an elevated version of what people would expect a typical novel adaptation to be.

‘Pachinko’ should be next on everyone’s watchlist. The story is compelling, emotional, and relatable to all sorts of people. The character’s situation is highly relatable to those with similar backgrounds, but the greater themes are applicable to anybody who tunes in. All good media should invoke an emotional response in the viewer, and ‘Pachinko’ is more than effective in this venue. The series has a unique voice, from the way we learn about the characters and experience their lives, to the visual language and artistic vision of each episode. New episodes are released weekly on Apple TV+.

– A Tribute To The Academy Awards: All Best Actor/Actress Speeches From The Beginning Of Oscars 1929-2019 | From Rami Malek, Leonardo DiCaprio To Denzel Washington, Halle Berry & Beyond | From Olivia Colman, Meryl pachinkoStreep To Bette Davis & Beyond