Lord of the Rings TV Series: Everything We Know about Amazon’s Upcoming Show 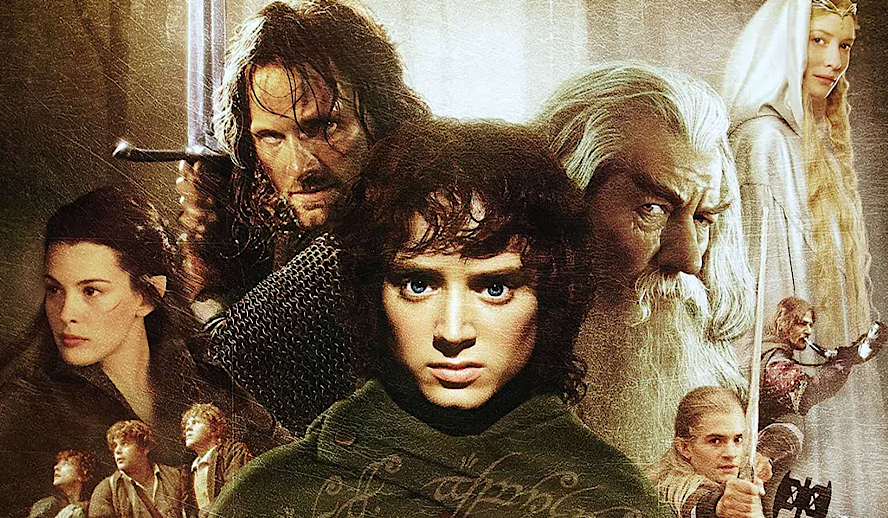 Lord of the Rings TV Series: Lord of the Rings is one of the few large fantasy franchises that has unquestionably secured its place in cinema’s hall of fame. Books that began with a niche audience of avid fans soon expanded with the film franchise to the mainstream media, where Gandalf is now a household and treasured name.

When a new TV show was announced by Amazon in 2017, it was met with excitement, apprehension, and some confusion. Was this going to be a remake? Would the same characters be portrayed by new actors? Will it be able to live up to the precedent set by the original films? In order to answer some of the questions brewing in the minds of fans, here is everything we know about Amazon’s upcoming Lord of the Rings prequel TV series.

It Isn’t a Retelling, It’s a Prequel

In an interview with IndieWire, Elijah Wood—known for the role of Frodo Baggins in the original Lord of the Rings movie franchise—stated, “They’re calling it ‘The Lord of the Rings,’ but I think that’s slightly misleading. From what I understand, the material they are working on exists chronologically further back in history in the lore of ‘Lord of the Rings’ or Middle Earth than any characters represented in ‘Lord of the Rings.’ It sounds more ‘Silmarillion’ era. Not to get nerdy, but it’s the Second Age of Middle Earth.”

Since we now know that the series will cover the Second Age of Middle Earth—which lasted about 3,400 years—there is a lot that could take place over the course of the 5 seasons promised when Amazon bought the rights in 2017. Furthermore, the Guardian reported that the Tolkien estate has expressly prohibited Amazon from filming anything other than the Second Age. In other words, Amazon cannot make any changes that would conflict with the canon established by J.R.R. Tolkien in his books.

32 Facts on the Lord of the Rings Trilogy Films

They are Filming in New Zealand

Showrunners and executive producers J.D. Payne and Patrick McKay said in a statement, “as we searched for the location in which we could bring to life the primordial beauty of the Second Age of Middle-earth, we knew we needed to find somewhere majestic, with pristine coasts, forests, and mountains, that also is a home to world-class sets, studios and highly skilled and experienced craftspeople and other staff.” It ended up being New Zealand, and with its luscious, sprawling landscapes that were seen in the original Lord of the Rings film it is easy to see why. Elijah Wood expressed his excitement at the news in his interview with IndieWire, saying, “I’m glad they are shooting in New Zealand. It feels like there will be at least a visual continuity with w:hat we had all done on the movies.”

After an early renewal for a planned season 2, Amazon had announced that it would take a 4-to-5-month hiatus after filming the first two episodes of season 1 in order to write the scripts for season 2. While filming was forced to cease before the planned break due to the coronavirus, the bulk of filming for the first two episodes had already been completed. In fact, due to New Zealand’s strong response to the coronavirus pandemic, it is one of the few places where production may resume. This gives us hope that the show will meet its planned release date of 2021.

Lord of the Rings TV Series Has an Expensive Budget

In 2017, when it was announced that Amazon won the bidding war against Netflix and HBO to acquire the rights,it was reported to have cost  $250 million. While that is a sum that already places this new series in the lead for most expensive TV show ever, The Hollywood Reporter estimated that after further production expenses were added in (producers, casting, visual effects, etc.) the true cost would come in at around $1 billion.

Overall, due to the 5 season guarantee and a potential spin-off on the horizon, this entire endeavor is costing a pretty penny. To provide some context, all three of the Lord of the Rings films combined had a budget of $281 million dollars and grossed roughly $2.92 billion worldwide.

Since the show is not a remake of the original trilogy, none of the same actors are returning to reprise their roles—although Elijah Wood has expressed his willingness to have a cameo.

Further, in March of 2020, Deadline explained that while British actor Maxim Baldry was not included in the official cast announcement made previously, he would play a lead role in the series, although his character has yet to be identified.

Since the Second Age of Middle Earth covers a large expanse of time, there is no way for us to know exactly what characters will be present. Amazon has also been rather quiet about the roles the confirmed actors will be appearing in, so we’ll just have to wait and see.

IndieWire reported that the new Amazon Studios chief, Jennifer Salke explained how the writer’s room is “working under lock and key: “They’re already generating really exciting material. They’re down in Santa Monica. You have to go through such clearance, and they have all their windows taped closed. And there’s a security guard that sits outside, and you have to have a fingerprint to get in there, because their whole board is up on a thing of the whole season.”

Lord of the Rings is a beloved franchise that is sure to get an exciting new addition through this TV show. By exploring more of Tolkien’s stories, we will be able to see more of the remarkable world that Tolkien built and  I, for one, cannot wait to see more of Middle Earth come to life on screen.

Keep your eye out for Amazon’s new TV series set in the world of Lord of the Rings.