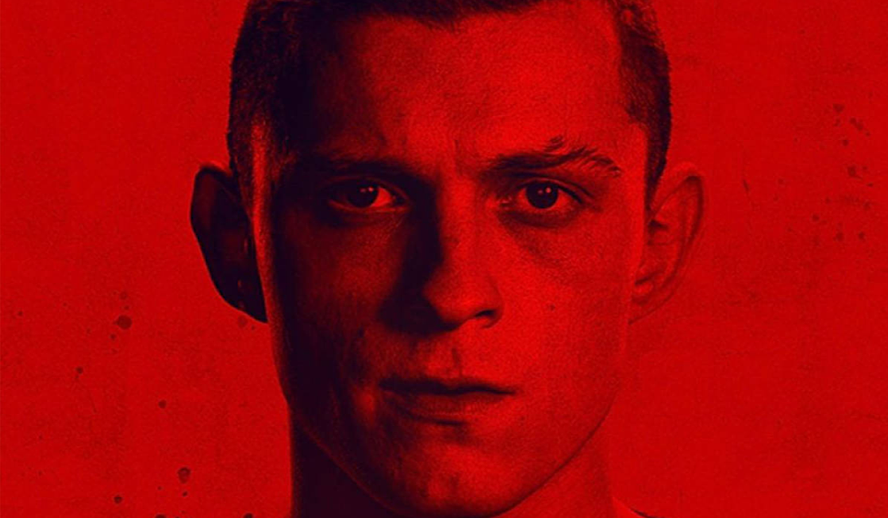 We see a doctor peering directly into the camera, situated in some kind of pink, fleshy tunnel–this is ‘Cherry’ – depiction of a rectal exam, and emblematic of the perplexing choices that permeate the direction of the film.

I’m not necessarily opposed to a first-person rectal exam, which could be a funny, creative shot in a comedy–the Russo brothers, who directed the film, actually came up in Hollywood directing beloved TV comedies like ‘Arrested Development’ and ‘Community’. In fact, it seems as if, try as they might, they’re incapable of fully escaping the gravity of their own comedic wit–and this doesn’t quite mesh with ‘Cherry’ (although it imbues much-needed levity in their ‘Avengers’ movies).

Could the choice to film a rectal exam from the perspective of the inner rectum be a device to emphasize the invasiveness that our protagonist suffered in the Army, or the absurdity of the institution overall? The merits of each individual cinematic choice are debatable, but the film ultimately suffers from its overwhelming barrage of heavy-handed stylization that detracts from the story being told.

While it’s an ambitious film with a grand scope, clocking in at a respectable 2 hours and 21 minutes, it feels as if each individual tree was planted with painstaking myopia–the resultant forest is a patchwork of indulgent techniques that don’t complement the landscape.

The novel on which the film is based was written on a typewriter in prison by Nico Walker, an Army medic in Iraq who returned home, got hooked on opioids and robbed 11 banks within four months to support his habit. Semi-autobiographical, Walker writes in the first-person as his unnamed protagonist (who remains unnamed in the film) goes from lovestruck college student to Army medic to dopefiend bank robber.

His work elicits comparison to authors like Hemingway and Denis Johnson with its plain-spoken, matter-of-fact approach to the various horrors that unfold, whether it be the grotesque violence seen in Iraq or the full-bodied taste of heroin. The novel is profoundly honest and experiential, descriptive with a scant few words that somehow say all that needs to be said. Its fatalistic bleakness suggests that the film adaptation could resemble ‘Drugstore Cowboy’, or even ‘Requiem for a Dream’.

Where the Russo brothers stumble in their direction is in their faithfulness–not necessarily to the words, characters, or events of the novel. Those aspects are carried over quite faithfully, with lines lifted straight from the book. The struggle is in remaining faithful to Walker’s voice.

Verisimilitude to the source material is by no means an accurate, or even entirely valid barometer of an adapted film’s merit–however, it’s the fact that Walker’s story is faithfully represented only in terms of the words, while the image is more concerned with self-aware cleverness.

Moments that call for quiet intimacy instead have the overt stylization of a ‘Euphoria’ montage, and that never ceases to be the case. Every scene is stuffed with unnecessary cinematographic tricks that ultimately feel sophomoric in their enthusiasm, as well as constantly break the immersion.

Even the scenes in Iraq play more like set pieces than the gut-wrenchingly realistic depictions of war that we’ve already seen in films like ‘Saving Private Ryan’ and ‘Black Hawk Down’, and it all boils down to the fact that the Russo brothers’ ‘Cherry’ just doesn’t ring true–rather than serving the story, its hodgepodge of cinematic tricks try to make statements of their own.

Tom Holland as the Unnamed Protagonist

By contrast, Tom Holland delivers an affecting performance that’s understated in the face of the more flamboyant cinematography. It was obvious from the outset that ‘Cherry’ was in part a concerted effort by both Holland and the Russo brothers to establish their abilities outside the realm of superheroes–while the film’s overall success is questionable, Holland, if not particularly well cast, does an excellent job conveying the quiet desperation of a deeply troubled man.

It’s impressive that he can be convincing as a jaded veteran in spite of his youthfulness, but it extends slightly beyond belief when paired with Ciara Bravo, who plays his lover, Emily–together, they sometimes look like the royal couple at a high school prom. It doesn’t help that their performances are limited by the script, which puts a redundant voiceover by Holland over everything we see, as well as the film’s general focus on sheen over introspection.

‘Cherry’ is obviously a bit of a passion project–shot entirely on location in Cleveland, Ohio (excluding the scenes in Iraq), where the Russo brothers were born and raised, it’s clear that tireless effort was put in and many risks were taken. The film is still a critique of the War in Iraq and the problems that have contributed to the opioid crisis, but Walker’s point-blank introspection is lost within a flurry of ill-conceived filmmaking techniques, and that’s what was ultimately at the heart of ‘Cherry’.

Without Walker’s voice, we’re left with a story that’s riddled with clichés and which fails to say anything new. Additionally, in an effort to replicate the episodic nature of the novel, the film contains jarring tonal and stylistic shifts that only further removes us from what should be a deeply intimate experience. There are certainly moments of charm, but ‘Cherry’ fails to bring it all together.

Tom Holland is set to appear in the recently-announced Marvel movie ‘Spider-Man: No Way Home’, which will reunite him with co-star Zendaya.

He also stars in ‘Chaos Walking’, which is slated for release on March 5, alongside ‘Star Wars’ star Daisy Ridley and ‘Hannibal’ star Mads Mikkelsen. A sci-fi adventure based on the book trilogy of the same name, ‘Chaos Walking’ takes place in a dystopian future where all living creatures can hear each other’s thoughts in a stream of images, words, and sounds called “the Noise.” Viola Eade (Ridley) is a woman without the Noise whose life is threatened–Todd (Holland) vows to protect her.

‘Cherry’ will be available to stream on Apple TV+ on March 12.