30-Year Anniversary of ‘The Silence of the Lambs’ Released on Valentine’s Day 1991: Study of the Male Gaze 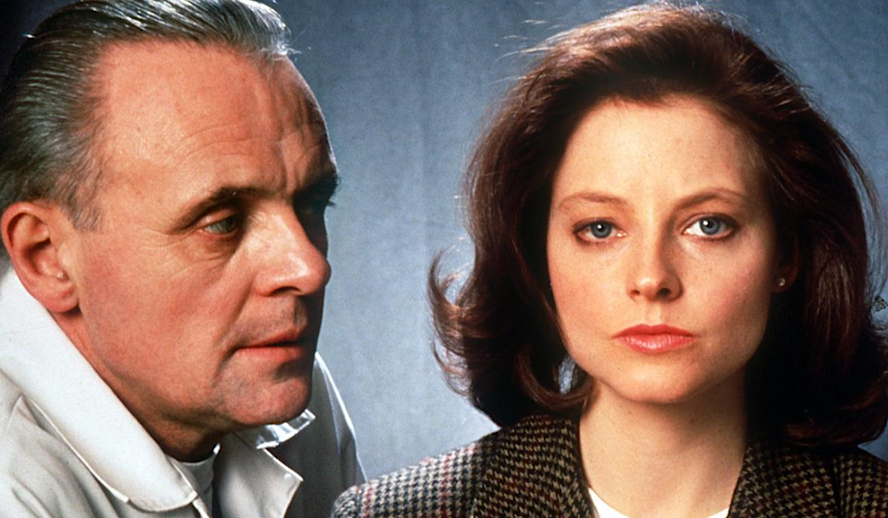 Photo: ‘The Silence of the Lambs’/Orion Pictures

30 years ago, ‘The Silence of the Lambs’ was quietly dumped into New York City theaters as a testing ground for its wide release. Based on Thomas Harris’ 1988 novel of the same name, expectations for the film weren’t particularly high–Michael Mann’s 1986 ‘Manhunter’, based on the novel’s prequel, was a financial and critical failure (although its artistic merit has been favorably reevaluated in recent years).

Of course, when ‘The Silence of the Lambs’ opened to mass theaters on Valentine’s Day, 1991, it became a sleeper hit. For those unfamiliar, a brief synopsis–Clarice Starling (Jodie Foster), a young FBI trainee, is assigned by her superior Jack Crawford (Scott Glen) to interview Hannibal Lecter (Anthony Hopkins), an incarcerated former psychiatrist and cannibalistic serial killer, in the hopes of obtaining some insight that might aid in the capture of active serial killer Buffalo Bill (Ted Levine). When Buffalo Bill abducts Catherine Martin (Brooke Smith), daughter of U.S. Senator Ruth Martin (Diane Baker), Clarice finds herself racing against the clock as Buffalo Bill’s MO dictates that Catherine will be skinned and murdered within three days.

Related article: Why ‘Buffy the Vampire Slayer’ Is Still One of the Best TV Shows Ever

‘The Silence of the Lambs’ became the fifth-highest-grossing film of the year worldwide and won Academy Awards in all the top five categories–but the laundry list of its accolades can be accessed on Wikipedia. In celebration of its 30th anniversary, my goal is to hone in on one aspect of the film–its use of perspective.

‘The Silence of the Lambs’ – Experiencing the Male Gaze

The film begins in the woods of Quantico, Virginia, where Clarice runs a training course alone–drenched in sweat, she wordlessly perseveres. It’s a relatively nondescript introduction to a story of mutilation, cannibalism, and murder, but sets up the fact that Clarice is a woman making her way in a man’s world–it’s made painfully apparent when she enters an elevator filled with towering male agents.

Everywhere she goes, her eyes meet with those of men, whose expressions generally range from dismissive to contemptuous–in fact, the eyes may be the most important element of the film. Demme made the choice of shooting most of the dialogue scenes from a first-person perspective using direct, frontal close-ups, meant to show us the world from Clarice’s point of view.

Much of the story and its subtext, consequently, is told through the eyes. When Clarice accompanies Crawford to the small town where they’re holding a funeral for Buffalo Bill’s latest victim, we see that the local police don’t regard her with authority. When she goes to interview Lecter for the first time, the sadistic and lecherous Dr. Chilton (Anthony Heald) views her as nothing more than a sex object.

It reveals the pervasive nature of misogyny to the point that every scene between Clarice and Crawford consequently contains a layer of tension and doubt, expressed overtly at one point by Lecter–why did he choose Clarice for this assignment? Does he want her sexually? Crawford never expresses anything but professional sentiment toward Clarice, and yet every time the camera hangs on his face, we wonder.

In this way, ‘The Silence of the Lambs’ is unexpectedly the best and most experiential cinematic representation of the male gaze, which dominates the film and occurs at every point of Clarice’s investigation. There’s only one notable instance in which Clarice responds positively to being stared at–the geeky, cross-eyed lab tech, Pilcher (Paul Lazar).

Terror in the First Person

However, the use of first-person does more than reveal the constant misogyny and sexualization that Clarice faces–it also amplifies the terror.

Consider the first appearance of Hannibal Lecter–Hannibal Lecter, standing eerily motionless in his glass-walled cell as the camera tracks right. It’s extremely subtle, but one of the most effective introductions to a character ever put on camera.

Hopkins has stated that one of his inspirations behind his performance was the lizard, a creature that only blinks when it wants to. It’s easy to see how that would lend to an unnerving performance, but it’s made all the more terrifying when the camera is right in his face. As much as we look into Lecter’s eyes, he seems to look right back with his piercing gaze–it’s a tremendous compliment to his character, which is that of the near-omniscient psychopath whose gaze penetrates deeper and reveals more than that of any regular person.

In this way, the eyes are a major recurring theme throughout the film. Lecter tells Clarice that all she needs to know is laid out before her eyes–she just needs to figure it out. In the climactic scene, when Clarice is cornered by Buffalo Bill, he cuts the power so that she loses the use of her sight, while he watches her through night-vision goggles. Of course, what it all really means is up to your interpretation–that’s part of the cinematic experience.

I’ve mostly focused on one aspect of the film in this review, which is that of the cinematography, its perspective, and how it amplifies various elements–however, what ‘The Silence of the Lambs’ accomplishes in its entirety goes far beyond the scope of what’s written here.

Today, we take for granted cinematic tropes like the polite, intelligent, well-spoken criminal, or the FBI and its use of psychological profiling. We’ve even grown desensitized to the sort of gruesome mutilation that shocked audiences 30 years ago, and so the film doesn’t quite have the same impact on newer, younger viewers.

All the same, the film endures–that’s because it has far more to offer than a pulpy hunt for a serial killer. It’s a grand study in psychology, an examination of the subconscious, ubiquitous misogyny, and a tightly crafted narrative that engrosses the audience from beginning to end.

It’s no wonder that ‘The Silence of the Lambs’ continues to inspire fascination. It inspired numerous sequels, the hit NBC TV show ‘Hannibal’ starring Mads Mikkelsen, and most recently ‘Clarice’, which just premiered on February 11 on CBS.

If, for whatever reason, you’ve never seen ‘The Silence of the Lambs’, I highly recommend you do so. It’s available to watch for FREE on Pluto TV (CLICK HERE TO WATCH)–just don’t watch it alone in the dark.

Jodie Foster has recently starred in ‘The Mauritanian’, the Golden Globes-nominated legal drama based on Mohamedou Ould Salahi’s memoir recounting his experience being held for 14 years without charge in Guantanamo Bay, which premiered February 12 in select theaters and will soon be released on VOD.

Anthony Hopkins will star in ‘The Father’, a drama about an aging man who begins to struggle with his progressing memory loss that currently holds a 100% rating on Rotten Tomatoes, slated for release on February 26.