‘The Gray Man:’ Ryan Gosling VS Chris Evans in this Action-Packed Thriller 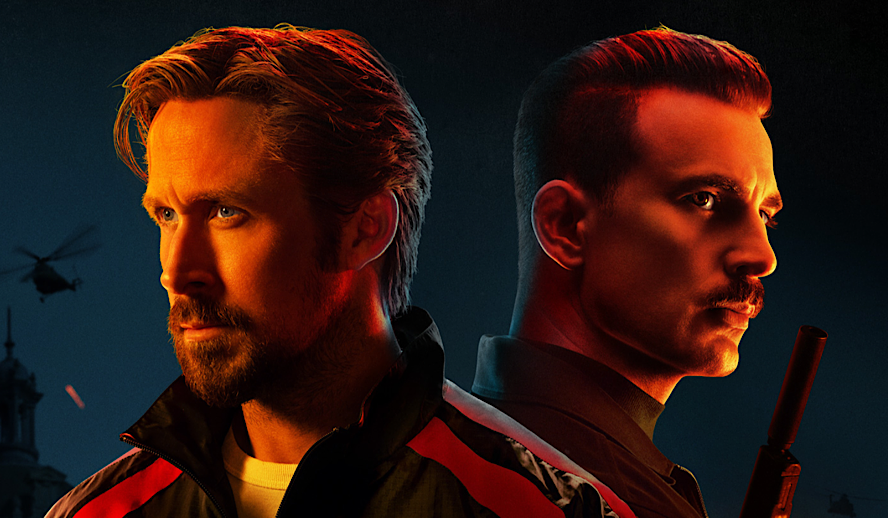 Looking for some action? Check out Netflix’ ‘The Gray Man.’ Brought to life by Anthony and Joe Russo, the infamous directors of ‘Captain America: The Winter Soldier,’ ‘Avengers: Infinity War,’ and ‘Avengers: Endgame,’ and packed with a cast of action film veterans, ‘The Gray Man’ is an adaptation of Mark Greaney’s Gray Man novel series. The new action thriller brings to life the story of an ex-con (played by Ryan Gosling) who works as an assassin for a secret sector in the CIA, only to uncover conspiracies behind his employment. On the hunt for him is a psychopathic former agent (played by Chris Evans) who will do anything to reach his target.

It’s everything you would expect from a thriller… literally. The film is certainly entertaining and is an ideal option if you’re looking for something to watch on a Friday night. However, ‘The Gray Man’ follows in a line of plenty of other action thrillers just like it and falls prey to many clichés of the genre. The stellar cast works to counteract the flaws of the film and the sheer amount of action sequences is insane. All in all, it’s a recommended watch for average moviegoers, though it falls short in certain areas.

EVOLUTION: Every Ryan Gosling Role From 1995 to 2020, All Performances Exceptionally Poignant

A Tribute to Ryan Gosling: Hollywood’s Most Underestimated Drama Actor

‘The Gray Man’ is a Spectacle, for Better or Worse

There’s no doubt that the Russo brothers can deliver a spectacle – just look at their former directing credits. Right from the get-go, the film profits off of expensive locations and Ryan Gosling kicking ass. The film also makes many fun stylistic choices throughout, whether it’s certain chunks of dialogue or impressive camera angles. Objectively, it’s a good movie. But sometimes, you need a little more (or less).

With the spectacle approach, there comes a cost. So many action scenes can make many intriguing moments lose that initial intrigue because they are blending together. Additionally, with the story moving from plot point to plot point, it can feel a little crowded. ‘The Gray Man’ falls into traps of style over substance. The film is so visually appealing and has such a blockbuster vibe, it can be hard to uncover the emotional attachment and core story underneath.

This trap doesn’t mean the film has lost its value. When the style works, it really works. It just means audiences need to be wary that this is what they’re bargaining for. There is a safe aspect to this film that easily resonates with viewers. Sure, some characters die or get wounded, but it’s nothing you wouldn’t expect from the genre. The action is intense, and the good-guy-versus-bad-guy story is solid. For some people, this formula works perfectly. They want a good movie with a good ending. For others, they may tire of the formula, and that’s okay. It all depends on what you want out of your movie-watching experience.

One of the best aspects of this film is the cast. Sure, it would be nice to see some fresher faces grace the Netflix film line-up, but these all-stars know how to deliver. As I’ve mentioned before, you’ve got Ryan Gosling facing off with Chris Evans. That’s a pretty good deal. Gosling knows how to lead an action film, and it’s easy to like his character from his first minute of screentime. And then you have Evans. Since his departure from the MCU, Chris Evans has been exploring different roles to test his range and further him from being type-casted. He’s no stranger to stunts and action scenes, and you can just tell he’s having so much fun with this psychopathic role. His mustache is also basically its own character, if you needed another reason to enjoy Evans’ presence.

EVOLUTION: Every Chris Evans Role From 1997 to 2020, All Performances Exceptionally Poignant

A Tribute to Chris Evans: The Rise and Journey of America’s Sweetheart and All-Round Good Human

But there’s more! Filling out the rest of the cast is Ana de Armas, who audiences can recognize from ‘Blade Runner 2049’ (in which she starred alongside Ryan Gosling), ‘Knives Out’ (in which she starred alongside Chris Evans), and in the most recent James Bond film, ‘No Time to Die.’ Already having credits with both Gosling and Evans, this film feels like a co-star reunion. But Armas stands out all on her own and I can’t wait to see her step into more leading roles in the future. Another notable cast member is the Duke of Hastings… sort of. Regé-Jean Page separates himself from his breakout ‘Bridgerton’ role, and though we’ll miss him from the hit period drama series, he is defining himself as an actor to look out for, regardless of the genre he’s in.  Billy Bob Thornton takes on a mentor-like character, Jessica Henwick plays an agent with an ambiguous objective, and Julia Butters, who snuck onto everyone’s radar with her role in Quentin Tarantino’s ‘Once Upon a Time in Hollywood,’ rounds out the cast.

Beware of the Cliché

Thrillers are thrillers. Including edge-of-your-seat action is a staple piece, as is the morally gray leading man (this film is called ‘The Gray Man’ after all).  And this film is a good thriller, despite it feeling predictable at times. The area where this story falls short is with its clichés. Every genre has clichés, and every trope has been done a billion times, but that means movies nowadays need to push a little harder to stand out from the crowd.

The main cliché that gets me personally the most is how these characters survive. Everyone’s getting hit and shot at and jumping from extreme heights. How are they still alive? This is a recurring theme in every action movie, but it highlights how trademarks of genres can feel washed-out or reach their limits. Though I’ve shared my criticisms, I still stand by my recommendation for this film. It gets the job done and it’s fun to watch, and just because you can criticize something doesn’t mean you can’t enjoy it. It has the style and it has the cast. If you want action, or if you want action plus Ryan Gosling, check out ‘The Gray Man.’