The Theories Around Jordan Peele’s New Film ‘Nope’: Everything We Know 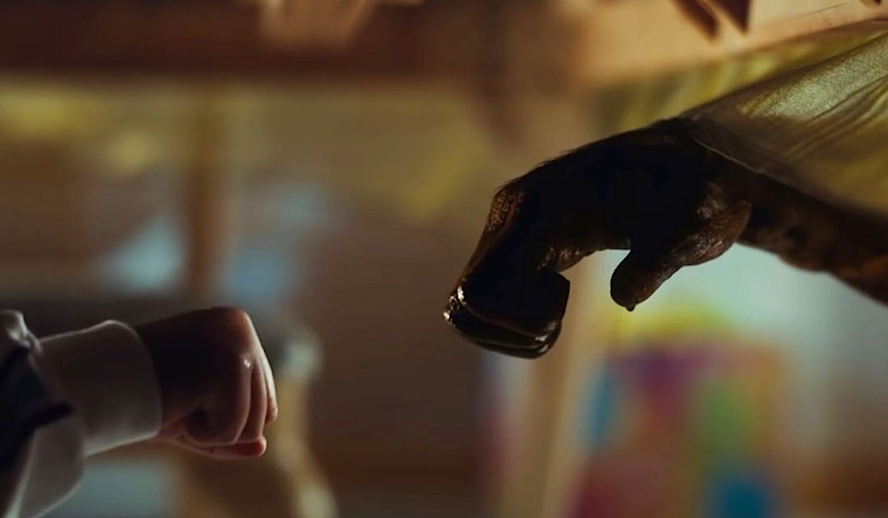 Jordan Peele’s new film ‘Nope’ already has a lot of hype surrounding it because of Peele’s last two films ‘Us’ and ‘Get Out’. Peele is now becoming known for producing successful Black horror films and giving Black horror fans something to look forward to. What also makes Peele stand out is his casting choices, in a 2019 Hollywood Reporter article Peele states that he doesn’t see himself casting a white man in the leading role and says the way he looks at it “I get to cast black people in my movies. I feel fortunate to be in this position where I can say to Universal, ‘I want to make a $20 million horror movie with a black family.’ And they say yes.” It’s refreshing to see Black people in the leading role, especially in the horror/thriller genre because it’s rare to see any person of color leading a horror movie.

The official trailer for ‘Nope’ was released February 13th, 2022 and it introduces us to Daniel Kaluuya and Keke Palmer’s characters as horse handlers for film productions, their dream is to become professional horse handlers one day. However, things take a turn when a “bad miracle” approaches their ranch, spooking the horses and the trailer continues with people looking up at the sky with fear, even a surveillance camera looks up insinuating that whatever’s in the sky is terrifying. The trailer also shows us a glimpse of an alien-looking monster that could be terrorizing the townspeople. What the audience doesn’t know at this point is what the threat is going to be but from the trailer, it looks horrifying. The trailer left people wanting more and coming up with theories on what’s going to happen in the film.

The most popular theory people seem to be going with is that the threat is going to aliens and what people are looking up at is a UFO. Another hint that it could be aliens is that there’s a toy stand that’s selling shirts, buttons, and a plush of an alien-looking creature. The plush looks similar to the alien-looking monster that was shown for a split second in the trailer. Therefore, it could be that this small town is known for aliens and the aliens are paying them a visit for the first time. The most important question is why are the aliens there and what do they want? There’s also an ‘E.T.’ reference where a kid in the trailer is about to fist bump the alien and the alien’s hand is dripping black liquid.

An alien is the most plausible theory but it also feels too easy for it to be the truth because there are other things that happen in the trailer that may be something else that brings danger to the town. I feel like it isn’t just a regular alien wanting to come into contact with humans, it could be that they were woken up. The town can be known for a mythological creature and someone triggers something in the town that makes the creature wake up and come back.

In the trailer, Kaluuya’s character mentions that people looking at the sky is a word for a “bad miracle”. This could mean that Kaluuya’s and Palmer’s characters had a miracle happen that led to them being successful but it all starts to go wrong when supernatural things start to happen. There’s a shot in the trailer that shows Kaluuya walking around at the ranch, there are dust and gray clouds and there seems to be a horse upside down on a truck. So there’s something strange going on the ranch for the horses to be scared and acting abnormally.

A bad miracle can also mean that there’s a curse that’s been sprung on the ranch, where good things were happening in the beginning then things turned strange resulting in the horses acting weird. The shot with the upside horse feels apocalyptic and the end times are here with scary creatures to speed up the process. It could also be the collapse of the town and the only way to get away from it is to run. I feel like since the ranch looks like it’s in the middle of nowhere, it’s safe to assume that the town is very isolated and perfect for creatures or curses to prey upon.

Not Of Planet Earth

One theory suggests that ‘Nope’ is an acronym for “Not Of Planet Earth ” and it fits in with the alien theory and the other supernatural factors happening. The cloud with the kite tail from the official poster makes an appearance in the trailer and it may have something to do with the abnormal winds that can lift people like Palmer’s character up into the sky.  It looks similar to an alien abduction but if it isn’t a UFO, I don’t know what else it could be unless when people get sucked up into the cloud with the kite tail they get transported to a different universe. That’s the only wild theory I have about the film but I’m pretty sure it’s going to be something that the audience doesn’t expect.

I’m very excited about this film because I really enjoy whatever MonkeyPaw Productions puts out and also I’ll always support Black horror films. I feel so lucky to be able to watch these films on opening night because I’m witnessing in real time a change to the horror genre. I can’t wait to see what’s going to happen in ‘Nope’ and see what theories were completely right or wrong. I believe the alien theory is going to be half right only because there isn’t a UFO, just the cloud with the kite tail and I know it’s going to be a metaphor like the other Peele films. I hope this film inspires other Black horror filmmakers to not give up because there are still so many more stories to tell in Hollywood.