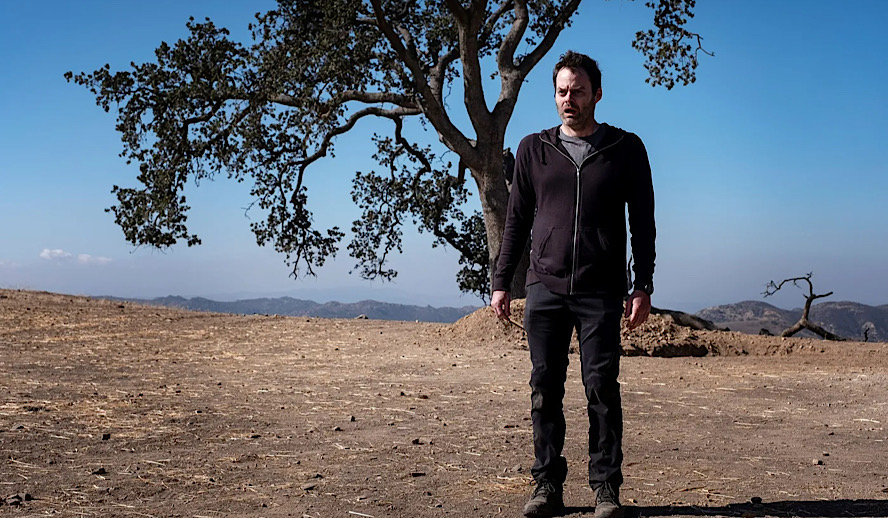 The “Barry” season three finale can be described as an emotional rollercoaster leaving myself and other fans on the edge of our seats with our eyes glued to the screen, we did not want to miss a single second of this finale. Similarly, emotions were at an all-time high for the characters on the show as everything was coming together. Going into this season, you would’ve automatically noticed the tonal change compared to the first two seasons. Season three felt more serious than the others, probably because the main character, played by Bill Hader, Barry Berkman, is finally facing the consequences of his actions.

The human condition is often defined as the positive or negative aspects of being a human, such as birth, growth, reproduction, love, and death. As the audience, we have seen Berkman trying to change and grow as a person so he can finally feel like he’s a good human being instead of an evil one. However, Berkman is an evil person; not only is he a hitman, but he has also killed innocent people who he feels pose a threat to his acting persona. When watching the show, the audience doesn’t feel anything when Berkman kills people unless it’s a side character we’ve come to love, and most of the time when watching shows like this, the death of characters doesn’t come back to haunt them later. For example, in “Breaking Bad”  Walter White (Bryan Crantson) killed many people directly or indirectly and in the end, he faces the consequences of his actions. He’s hurt many people throughout the show because he only cares about himself, making him an evil person at the end of the series.

Although “Barry” is more of a comedy than  “Breaking Bad” both of the main characters are selfish and only care about themselves at the end of the day. I really like how this season showcases how demented Berkman is with his decisions; it made me want to protect the other characters. I don’t know how people could’ve rooted for Berkman this season, considering his awful actions. With “Breaking Bad,” there came a time when you couldn’t stand Walter White because of how he treated Jessie. Every time Walter got involved in Jessie’s (Aaron Paul) life, it only worsened, resulting in Jessie losing people he cared deeply about. Meanwhile, in “Barry,” his actions left characters like NoHo Hank (Anthony Carrigan) losing people he cares about, but it’s played off in a comedic way, possibly so we don’t feel the impact of it. The supporting characters in the show, Sally (Sarah Goldberg) and Gene Cousineau (Henry Winkler) are now facing the impact of Berkman’s decisions and their lives are significantly worse because he came into their lives.

One thing I thought was special in the show was having Berkman almost meet his fate, death. This moment in the show caught me off guard because he’s the main character; they can’t kill him off. Instead, Barry was shown the afterlife or maybe purgatory; it certainly wasn’t heaven. Throughout the show, Berkman is shown as an untouchable badass hitman with no fear of death because he always found his way out of situations, whether it’s luck or him using his street smarts. However, when he finally comes close to death, you think he’ll learn how precious human life is and finally start over, but no, that unfortunately doesn’t happen. In the finale, we witness Berkman begging for his life, resulting in a panic attack probably because he feared what he saw in the afterlife. It’s then where he’s given another chance at changing his life because this is not the person who he is deep down inside; he has a heart and can change for the better.

In the show, Berkman is given many chances to start over, but he always goes back to killing, resulting in more death and internal pain. It’s not hidden that Berkman has rage issues and often ends with him taking out his rage on someone, or inflicting pain on himself in one instance. Barry is exhibiting scary behavior, and I’m glad it was called out this season, resulting in Sally breaking up with Berkman, but it was unfortunate we had to see her ask Berkman to “scare” someone that hurt her. It shows that Berkman’s actions are now affecting how Sally acts. We saw her unleash some anger on people this season, and it will permanently affect her life. Sally’s character arc is what I’m most excited about next season because it’s unpredictable what she’s going to do.

This season, the subplot that broke my heart was NoHo Hank’s relationship with Cristobal (Michael Irby). All I want is for their characters to be happy next season because they deserve it. The lengths Hank went through to save Cristobal is an act of true love, and what happened with Hank in the season finale shows how selfless he is. Hank’s character arc is interesting because most of the time, he’s used as the comedic relief. However, this season showed that no character is safe from receiving trauma, and Hank will be greatly affected by this in the next season. Fear is the one word I would use to describe the scenes with Hank in the season three finale, and I want to give all my praise to Anthony Carrigan because he absolutely killed it at showing what true terror looks like. I loved his scenes so much because I felt afraid for him;  I got anxious not knowing what would happen to him. I was so elated at the outcome because Hank is one of my favorite characters, and I want nothing but the best for him.

Ultimately, this season was phenomenal, and I wouldn’t change anything about it. I wanted to stand up and clap at the end of the episode because I was stunned at what I had just watched. If this episode or the actors don’t win any awards, I will be upset. The last thing I want to say is that Bill Hader is an amazing director and writer, as well as Alec Berg. I can’t wait to see the journey they’re going to take us on next season.