10 Must-Watch Tearjerker Movies for Both Women and Men 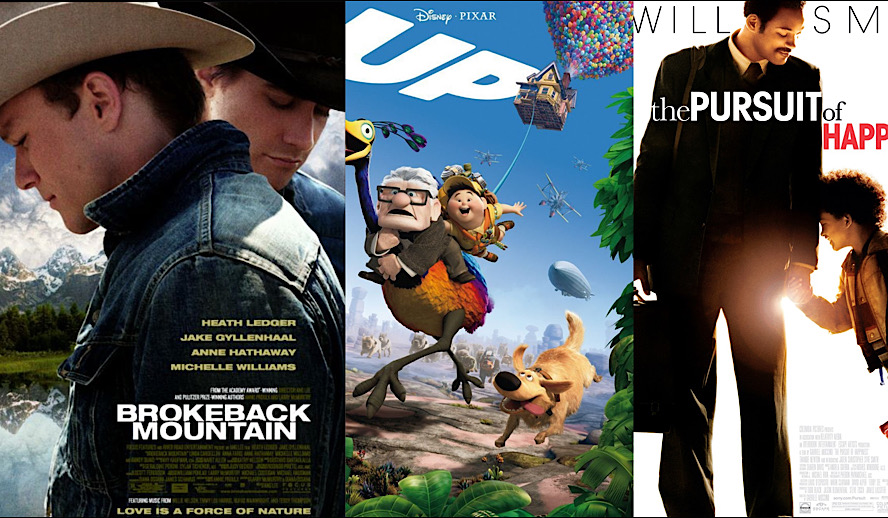 Crying can be good for you. Tears contain toxins from the body that are expelled when we cry. And when we cry, feel-good chemicals get released inside the body. A Psychology Today article describes these positive aspects and gives the proper ways you should engage in crying. Make sure you’re not self-critical when you release those tears!

Now that we’ve discussed why crying is good for you, we can talk about the best tearjerker films that aid in a good cry. There are many different types of films that can make you cry. They can bring tears of laughter or deep-racking sobs that release something deep inside. Many movies do both.

The purpose of this article is to highlight some of the best tearjerker movies that bring on the waterworks.

There are many films where a pet or animal steals the show. ‘Marley and Me’ is one of the best. The film follows a couple, played by Jennifer Aniston and Owen Wilson, as they move to Florida and consider having kids. Getting a yellow Labrador Retriever, Marley, is a test run. The couple continues their journey and starts a family with the neurotic and lovable dog Marley being a crucial member. ‘Marley and Me’ set a Christmas Day box office record in 2008, and it should be a record if the film doesn’t at least get you to tear up by the end.

Pixar doesn’t pull any punches when it comes to hitting you in the feels, and ‘Up’ doesn’t wait long to land the first blow. The opening sequence alone is worthy of making this list. You have been warned. The film follows 78-year-old Carl Fredericksen as he fulfills a lifelong dream and promise of traveling to Paradise Falls in South America. Fredericksen is a balloon salesman and uses his trade to turn his house into a makeshift airship. He inadvertently takes a young stowaway on his epic and emotional journey.

‘If Beale Street Could Talk’

The great American novelist, James Baldwin, penned many influential and important novels in American history. If Beale Street Could Talk is one of his brilliant works that was adapted for the screen. The story follows a young woman as she embraces her pregnancy and sets out with her family to prove the innocence of her childhood friend and lover of a crime he didn’t commit. The story isn’t told linearly, and the way the film is cut, combined with the tremendous performances of the actors, presents the viewer with a movie that will invoke a lot of emotions, tears included.

‘The Pursuit of Happyness’

Will Smith, in one of his best performances, plays a struggling salesman who takes custody of his son when his wife leaves them. The film is based on the memoir of Chris Gardner and recounts the period of his life when he struggled to take care of his son, make ends meet, and battle homelessness. The film will take you on a journey that allows you to feel the struggle Will Smith’s Gardner battles throughout. And it won’t just be tears of sadness; there are moments of happiness that will bring them too.

We discussed a film that focuses on fatherhood. This is a film about a mother. Meryl Streep won Best Actress in a Leading Role at the Academy Awards for her portrayal of Sophie. Streep’s character is a Polish immigrant who came to the United States after an unbelievably harrowing journey involving time spent in a German concentration camp. The decisions that Sophie makes in her life’s journey are daunting and can leave you cold or crying. The film is not an easy watch and is one that stays with you.

This section of the article is aimed at those guys who think it’s not cool to cry. The films listed below will challenge that belief. It isn’t just for the guys, though. These movies have powerful stories and performances for all.

‘Brian’s Song’ was an ABC Movie of the Week that came out in 1971. It follows the friendship of Brian Piccolo and Chicago Bears teammate Gale Sayers. Their unlikely friendship due to different backgrounds and temperaments coincided with the fact that they were the first interracial roommates in NFL history. The HBO show ‘Entourage’ features ‘Brian’s Song’ in an episode with Johnny Drama describing it as “the ultimate guy cry movie.” That should be enough of an endorsement for most guys who don’t think it’s cool to cry.

Robert Redford’s directorial debut was a grand slam. It won four Oscars, including Best Director for Redford and Best Picture. The film follows the affluent Jarret family after the accidental death of the older son. Mary Tyler Moore gives a masterclass of acting as the mother trying to maintain a good image, while Donald Sutherland and Timothy Hutton portray the good-natured struggling husband and the guilt-ridden son. Judd Hirsch rounds out the main cast of phenomenal performances by all. This film strikes deep in story and emotion as well.

The film about two brothers who enter a mixed martial arts tournament for different reasons creeps up on you. The story follows the younger brother (Tom Hardy) as he returns home to his former alcoholic father (Nick Nolte) and trains for the tournament. His estranged older brother (Joel Edgerton) gets back into fighting to make ends meet for his family. A quick recap doesn’t do justice for the real depth of the film, though. ‘Warrior’ is on IMDb’s Top Rated Movies list and will give viewers a good fight against the tears.

How this film didn’t win Best Picture is a tragedy in movie history. Thankfully, it is still well known by most movie lovers. The film is often described as “a gay cowboy movie,” but chances are those who say that haven’t seen the film. ‘Brokeback Mountain’ tells the story of the secret lovers played by Heath Ledger and Jake Gyllenhaal as they try to stay connected over the years in an era that condones their relationship. The film hits on many different levels and also includes top performances by Michelle Williams and Anne Hathaway.

The previous film might be a curveball that some guys might prefer not to take a swing at. This is a film that everyone should take a chance on. ‘Dead Poets Society’ follows a group of boys at an elite boarding academy. The school rules are rigid, and expectations are great, but first-year teacher, John Keating, uses his poetry class to encourage his students to raise their confidence in self-expression. Robin Williams gives one of the best performances of his career in this film.

Related article: Top 10 Disney Villains: Who Makes it to Number One? Is it Scar? Jafar? Hook?

‘Life as a House’

‘The Hate U Give’

‘The Fault in Our Stars’

‘Call Me By Your Name’

We have covered many films in this article, but there are still many more that touch our emotions and pull our heartstrings. Hopefully, this list will give you many nights to enjoy a good cry. Remember, don’t judge yourself harshly when the tears flow. Release your emotions and enjoy the films we’ve listed. Ice cream and tissues are recommended.