Everything We Know About 93rd Academy Awards: Producers Focus on COMMUNITY for Unique Pandemic-Era Oscars 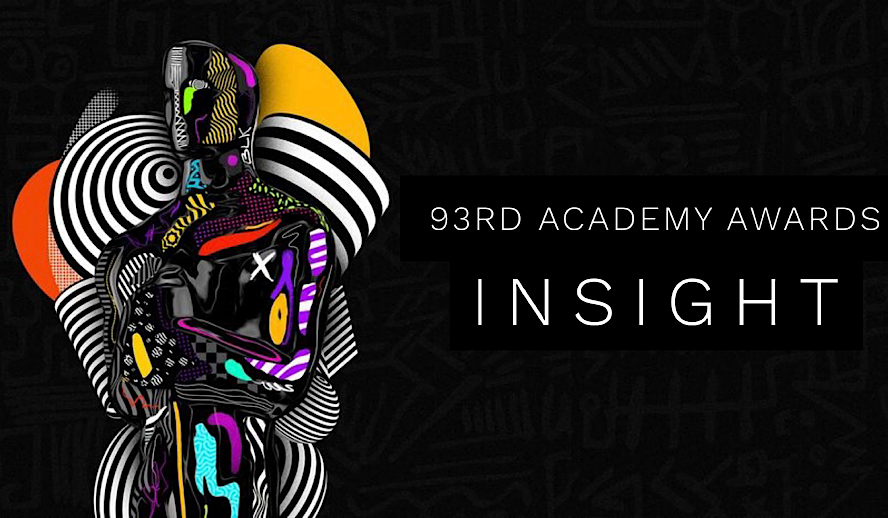 A New Kind of Awards Show

This year’s Academy Awards ceremony is shaping up to be one like no other. Emerging out of a pandemic, the normally packed show will now host fewer participants, audience members, and guests. Instead of taking place at the iconic Dolby theater (though performances will still utilize the venue), the ceremony will play out in several locations, both in-person and virtual. And the nomination slate feels unusual too, after a whole year of closed theaters and no blockbusters in sight.

If you remember, anticipated hits such as the James Bond ‘No Time to Die’ and Marvel’s ‘Black Widow’ were postponed until the coming year. Blockbusters only recently were revived with ‘Godzilla vs Kong’ – but its March release date disqualified it from this year’s Oscars. Instead, more independent films like ‘Nomadland’ and ‘Minari’ have been allowed to shine. All of this begs the question: will this year’s ceremony be one to remember – or will it the odd year people will want to forget?

Oscar producers Steven Soderbergh, Stacey Sher, and Jessie Collins recently provided some more insight on how the awards show – which will be televised on April 25th instead of the usual February/March date – will play out. Their goal is to make it as interactive and in-person as possible, while following social distancing guidelines and COVID-19 rules. The ceremony will take place in a variety of locations (10-12 hubs in particular), while staying central to Downtown LA’s Union Station, allowing nominees a plethora of options for their attendance. Nominees will also be allowed to stay in their own homes, as actor Anthony Hopkins is reportedly going to do. However, Zoom speeches will not be accepted, meaning if Hopkins wins, we won’t be hearing a speech from him.

For the third year in a row, the Oscars will also have no host for its ceremony. This doesn’t come as a surprise, as the no-host approach was praised across the board when it was attempted in 2019. However, many speculated if having a central host would further help bind these virtual communities together.

An Amalgamation of Different Forms and Media

Content-wise, the producers want the show to feel like a cinematic experience – like a movie, instead of a cookie-cutter awards show. This comes as a pleasant surprise, but also an understandable insight, as one of the producers, is of course Soderbergh, director of ‘Sex, Lies, and Videotape’ and ‘Oceans 11.’ His directorial ingenuity is undoubtedly at the center of this new reimagining – and fans are excited to see what he’ll bring to the table.

To do this, the broadcast will use a variety of mediums to engage audiences, including montages of pre-recorded interviews and behind-the-scenes content of this year’s nominees. Technically, they’re shooting the show in a wider screen format and in 24 frames per second (the standard film fps, which is not standard for TV) in order to emulate films. Many elements such as shot design, sound design, and more will contribute to making the show an immersive experience. Or at least, it will attempt to. As Soderbergh said in a press conference, “We have the resources, through the stories the nominees are telling us, to tease out the detail of what makes movies so special [and] why we connect to them so strongly all over the world.”

The shakeup comes after years of steadily decreased viewership of the show, and of course, the pandemic itself. As producer Collins said to the LA Times, “I think one of the biggest mistakes that you can make in a situation like this is to try to figure out how to do the same show in a COVID environment. If you just say, “We’re going to do the exact same Oscars but just with no audience,” I think you will have missed an opportunity to try something different.” Though bold and surprising, it seems like this change was needed.

All in all, this year’s broadcast is to feel like a truer celebration of the film medium by treating the Oscars itself like a 3-hour movie. But will this new format be enough to save Oscar ratings?

Ultimately, this year’s Academy Awards ceremony will reportedly be centered around the theme of “Community,” both in its inception and the actual content. It’s been a hard year for everyone, whether that be physically, mentally, or financially. In Hollywood, the film industry has been hit particularly hard by its inability to produce more content and engage in physical production. And most recently, the beloved Arclight Cinemas and Cinerama Dome in LA were just announced to have closed permanently, due to COVID-19 struggles. Many have lost loves ones, jobs, and simple optimism in such trying times. The Academy Awards, though just a show, is hoping to change that.

Related article: An Analysis | Best Picture Nominations for Oscars 2021: An Unexpectedly Diverse View of the Year in Review

With everything going on in the world, it can be hard to see why an awards show is important to tune into or engage with. It can be easy to think, “aren’t there more important things going on?” But remember, things are looking up for the better. Vaccinations are underway, positive COVID-19 cases are slowing down, and we can finally look ahead to ending the pandemic. The Oscars could be a great opportunity for everyone to come together and celebrate art, pop culture, and that very feeling of community that can only be found in Cinema.

In fact, Cinema is a universal medium that transcends languages, cultures, and time. We’ve all most likely grown up going to the movie theaters and remember specific cinema experiences as special or unique. In an era where streaming reigns king and movie theaters are at risk of closure, audiences should all band together and support the film industry in any way we can, to show that films still have a dedicated audience. The easiest, and perhaps the most fun way to do it this April, is to tune into this year’s reimagined Oscars ceremony.

The 93rd Academy Awards will be broadcast on Sunday, April 25th at 5:00 PM PST. The ceremony can be watched through your TV Cable Providers or live on ABC.com. If you’re looking to catch up on the nominees, most films will be available on Streaming services.