Netflix Conjures Up ‘Trese’, A Gorgeous New Anime Series That Has Both Style And Substance 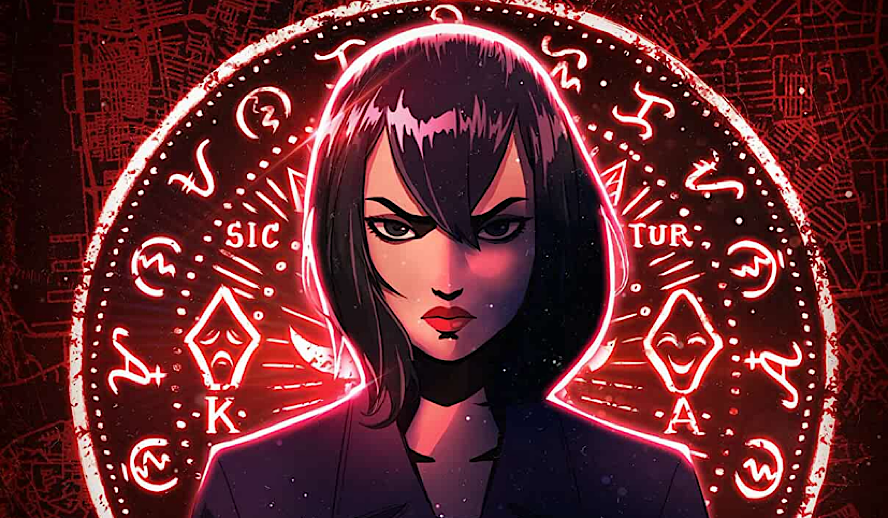 Netflix knocks it out of the park with ‘Trese’, a wild ride of an anime series and a modern urban myth for the twenty-first century. Like any eye candy, it draws your attention immediately with classically drawn, beautiful animation that moves with fluidity and grace that’s enthralling to watch. But long-lasting relationships aren’t forged solely based on attraction, and all it takes is one episode for you to realize that ‘Trese’ has a lot more to offer you than just looks. From its meticulous world-building to its dynamic characters, ‘Trese’ is an entertaining and glorious watch that holds your attention hostage and refuses to let it wander. Horror has never looked so stunning.

‘Trese’ is based on the Filipino Comic series of the same name written by Budjette Tan and illustrated by Kajo Baldisimo, which went on to win several awards during its initial run in 2005. It follows Alexandra Trese, a private detective who specializes in cases involving supernatural crimes in Manila, the capital of the Philippines. With her own paranormal origins, Trese describes herself as the bridge between the supernatural and the human world, dedicating her duties to maintaining a delicate balance between both, a balance that’s threatened every night when crime seems to bridge the gap between mankind and its paranormal neighbors as much as she does. ‘Trese’ pairs the monsters of the real world with the monsters birthed through Filipino folklore in a graphic, horrifically engaging narrative that fires on all cylinders.

Although ‘Trese’ is heavily influenced by anime, its close relationship with its Filipino heritage is what distinguishes itself from the anime it inherits its style from. Apart from the people, the buildings, houses, and atmosphere capture the spirit of Filipino culture, except seasoned with a gothic taste. Even the creatures are made up of pure Filipino DNA. Whereas other supernatural animated series typically feature vampires, werewolves, demons, and witches, ‘Trese’ further distinguishes itself from the pact by adding its own category for their horror creatures.

The Aswang, for instance, is a term given to the diverse population of mythical creatures that roam about ‘Trese’s’ world, consisting of vampires, shape-shifting ghouls, fire demons, and so forth. The Aswang didn’t solely originate from Tan’s graphic novel, but rather they’re based on Filipino legend and folklore that’s over 500 years old, updated for a more contemporary crowd.  Even the spells cast in ‘Trese’ are spoken in Spanish, which is a nice distinction from the often Latin-inspired fictional language used in other supernatural series, further tightening the bond ‘Trese’ has with its roots.

A Compelling Narrative From Start To Finish

Each episode of ‘Trese’ feels like a short film. The series follows an episodic format, with the titular character helping the police solve a different investigation every episode. This style of storytelling helps establish Trese’s character and abilities, while also layering and building the world ‘Trese’ thrusts us in like torn pieces of a map it glues together for our convenience. Thanks to its episodic format, we’re given a tour of Trese’s neighborhood, spending adequate time with the different characters and creatures that populate Manila. Every case leads us down a back corner that reveals another secret Manila’s hiding, which is important in establishing the Philippines’ paranormal environment.

However, there’s an overarching plot that ties together Trese’s story that’s only revealed later on in the series, and ‘Trese’s’ individual episodes make the payoff of its finale much more poignant. By the season’s conclusion, you have enough understanding of the world Trese’s in to truly appreciate it all coming together. ‘Trese’s’ gothic monsters also help in enhancing the storytelling experience. While in hiding to an extent, these mythic creatures aren’t completely invisible to the public eye. In the Philippines, the general public has enough awareness of the Aswang that their existence doesn’t upset how society functions.

Instead, ‘Trese’ introduces us to an era where humanity and the paranormal are open enough with each other to coexist, albeit with laws and regulations to maintain a tenuous harmony between the two tribes. It’s an interesting relationship that further adds to the cultural sensitivity of Tan’s work. The Philippines don’t force their folklore into hiding as if ashamed of it, but instead, it embraces their folklore entirely.

It’s difficult to think about ‘Trese’ without addressing the commentary it whispers to its viewers. For a series so immersed in the supernatural, it addresses many real-world topics that parallels what’s occurring, not only in the Philippines, but several countries around the globe. From the beginning, political corruption is shown to pose as much of a potential threat to mankind’s own survival as ‘Trese’s’ supernatural deviants. This threat, though exaggerated, also has its claws in our reality.

Last year Forbes claimed in an article that the Philippines “is becoming a more corrupt and less democratic state under President Rodrigo Duterte.” ‘Trese’ also deals with police brutality and human trafficking, examining the corruption at all levels of government, adding a surprising amount of gravity and real-world suspense to a fantastical narrative.

‘Trese’s’ characters are as unique as the story it tells. Our main lead, Alexandra Trese, is a stoic, no-nonsense heroine with a backstory that’s told through several flashbacks in the series. Slowly, the viewer gets to see what motivated Trese to pursue the career that she did, while also learning about how deep her connection is to the paranormal world. Trese’s father, Anton Trese, adds another dimension to our titular character. Anton Trese was shown to be in the same line of work his daughter was, and every now and then when the anime peeks into Trese’s childhood and adolescence, the viewer is shown how much influence Anton had in shaping his daughter’s path.

Shay Mitchell voices the character in English, with her tone and inflection a perfect match for Trese’s stern demeanor. The Kambal Twins act as Trese’s personal bodyguard with supernatural powers of their own, and provide much of the show’s levity, which helps alleviate the anime’s tension and reminds us as viewers to relax every now and then. Of course, sometimes assistance from her fellow humans isn’t enough, and Trese has to seek help from creatures like Nuno, played by Eric Bauza, to advance a case. ‘Trese’s’ interesting cast of characters helps round out the story to help it achieve the quality it’s trying to reach.

‘Trese’ is a treat to watch. The animation flows nicely and characters move as if in live-action. The colors are vibrant and full of detail, even the darkness carries a gothic beauty to it that helps the show’s aesthetic. The creatures are as distinctive in appearance as they are in origin. The designs are unorthodox, from goblin-like monsters that live in sewers to creatures composed entirely of electricity, to shapeshifting horses that stand on two feet. These creatures are nightmare fuel given a makeover that finds beauty in their otherwise grotesque appearances.

‘Trese’ is a colorful, graphic, and alluring new anime series that has a lot going for it. Its particular brand of urban mythology is unlike any animated series currently airing, and given its only six episodes the series is definitely bingeable in one day. Fans of the supernatural should definitely have this series on their radar, and fans of quality storytelling, in general, should at least give this show a few minutes of their time.