The Cult Classic that is ‘Vampire: The Masquerade – Bloodlines’ and all the Bad Blood Surrounding its Sequel 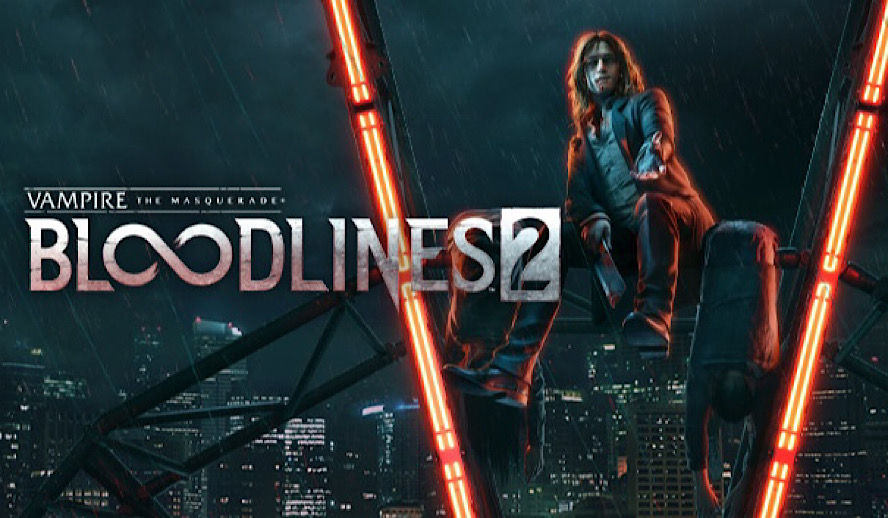 There are certain games that are cursed (or blessed) to become flawed cult classics from the very moment of their release, and Troika’s ‘Vampire: The Masquerade – Bloodlines’ is certainly a textbook example of that. It was the first non-Valve title to use the Source engine – the same tech that powered ‘Half-Life 2’ – and that proved to have been a costly mistake as soon after the game was released it became clear that the countless bugs and issues that came with it would leave their heavy mark on its reception. Seriously, the game was so incredibly glitchy that it took the entire next decade to create fixes for all of its performance problems.

Related article: Video Games with the Most Heartbreaking Endings That are Worthy of a Film Remake | Video Game Movies

And as if the disaster in the tech department was not enough, the marketing team took another dive [GK1] and released the game the same day as ‘Half-Life 2’, which was probably the most anticipated game in the universe at the time. Naturally, Valve’s first-born megahit easily overshadowed Troika’s ugly duckling and ‘Bloodlines’ hardly received any immediate feedback, and that, paired with its game-breaking performance issues, certainly did not bode well for its future. It was first regarded as another failed project launch and, by all accounts, was doomed to be forever buried in the graveyard of abandoned games.

What happened, however, was quite the contrary – with the grace of the modding communities of the Internet, who helped the actual developers create fixes for the nearly unplayable sections of the game, several patches were made that polished the bumpy parts and eventually made it possible to deliver the game as it was meant to be played. Once that became possible, the game was instantly recognized as “wonderfully imaginative” (NY Times), “effortlessly intelligent” (Eurogamer), and a “nearly flawless classic” (GameSpy), while also being consistently praised for two aspects that made it untouchable – its writing and its atmosphere.

‘Vampire: The Masquerade – Bloodlines’ – The Blessing

To some people, the game represents the single greatest vampire universe ever. To me personally, it simply has the most immersive world I have ever encountered in any game, and its plot and narrative certainly overshadow those in any movies, TV series, books, or other entertainment products about vampires. The game has the most incredible atmosphere, which is set in early 2000’s nocturnal Los Angeles areas – Downtown LA, Santa Monica, Chinatown, and Hollywood.

You start as an everyman who’s just been turned into a vampire and dive instantly into the blood-crazed, fear-driven underbelly of the city. The vampire society is divided into classes, which allows you to choose whatever personality you want for yourself – an aristocratic charmer who can always find a way to persuade and seduce mortal hearts, a manic psychopath who listens to the voices in his head and converses with stop signs, a feral child who often succumbs to his vicious animal instincts, and many more.

From the very beginning, the choices you make shape you into who you are – something that is often advertised but seldom truly delivered in videogames – and ‘Bloodlines’ particularly excels in demonstrating how important your choices are, while at the same time beautifully stressing the presence of inescapable fate in the fatalistic world of the vampire kindred. Like every truly great RPG game, ‘Bloodlines’ gives you the feeling of being a character in a movie, only with the agency of a player. The vampire world is drenched in politics, with constant feuds and quarrels between factions and clans of different races and classes, the Left and the Right, liberal and conservative – all of them diligently concealing their existence from the human race.

The places you visit and the interactions you have during your encounters are so beautifully unique that most of the even secondary characters and NPCs could easily give origin to their own stories or movies that would be absolutely cliché-free. The deadpan, vicious humor that runs through the storyline and is omnipresent in almost every dialogue serves as a reality check of what kind of a world you are trying to survive in. The atmosphere of an ominous, dusky City of Angels and its skyscrapers, clubs, hotels, pawnshops, diners, used car lots, and every other place tying together the microcosm of the night city, paired with eerie (and very Massive Attack-esque) trip-hop and gothic music, lures you to lose yourself in dark alleys and shady establishments that reveal what’s beneath the star-ridden city.

‘Vampire the Masquerade – Bloodlines’ has become a cult classic for a reason – there is simply no other game that lets you dive as deep in its plausibility. The profound storytelling and the masterfully crafted atmosphere create a feeling that you really are entering a long-existing culture of those creatures of the night, and every event that takes place in the game could easily have happened in real life.

Because if you strip away all supernatural blood magic rituals, werewolf transformations, zombie awakenings, and enchanted artifacts from its storyline, you will still be left with a riveting story of a power struggle, greed, and brutality in the debauched night city, with characters that will be more convincing and real-life than those in the vast majority of the movies shot in L.A. Not all monsters in ‘Bloodlines’ are supernatural, and its scariest, most twisted characters are definitely not the ones from among the kindred. Do not trust anyone, mortal or immortal, and do not go gentle into that good night.

Since the game has been accumulating a strong and loyal following for more than a decade and has long achieved its cult status, the news of Paradox Interactive obtaining the rights to ‘Bloodlines’ in 2015 and hinting at a sequel ripped through the gaming industry like a hurricane. ‘Vampire: The Masquerade – Bloodlines 2’ was announced in March 2019 and was, to the great delight of the ‘Bloodlines’ community, soon joined by Brian Mitsoda, the lead writer of the first game. The trailers revealed that the 2021 sequel was to be set in Seattle.

But suddenly in August of 2020, Brian Mitsoda was laid off from the development team and Paradox Interactive announced that he, together with his crew, was no longer working on the game as part of larger “organizational changes” to the development team. Mitsoda himself said that his sudden termination came as a complete shock to him. This news was not received well by the ‘Bloodlines’ community as they were concerned about the effect of that change on their cherished sequel and became increasingly pessimistic about what the final product would be like. As of February 2021, it was Hardsuit Labs’ (another developing team working on the sequel) turn to be fired from the game.

Paradox Interactive announced that the game would be delayed past 2021 while they change developers. “We have started a collaboration with a new studio partner to finish work on the game,” they said. “This has been a difficult decision, but we are convinced that it is the right way forward to do the game justice.” At this point, ‘Bloodlines 2’ might target the 2022 release window but even guessing the year feels optimistic now. It seems that the curse of the first part has transferred to the sequel, but this time the damage dealt seems to be more intentional and it’s hard to say whether all this bad blood will end in another flawed masterpiece.