NBC’s ‘Law & Order: Special Victims Unit’ and How It Has Succeeded With Audiences All These Years 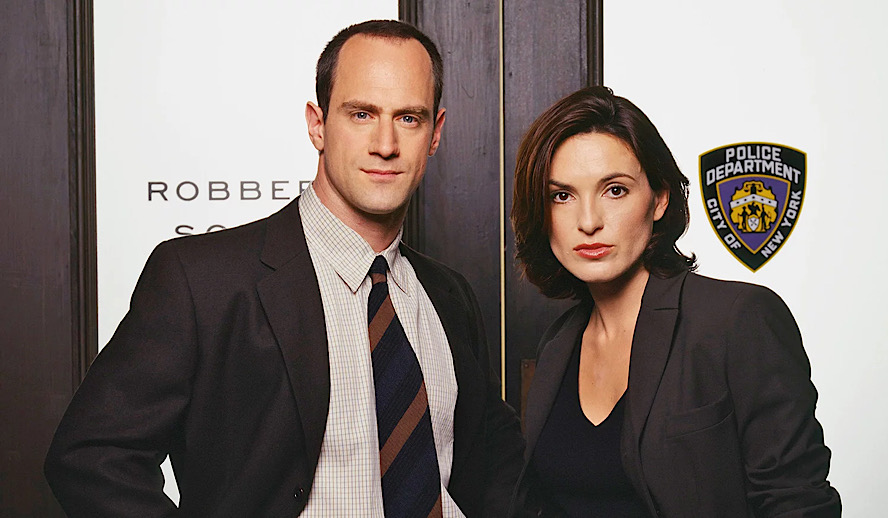 “In the criminal justice system, sexually-based defenses are considered especially heinous. In New York City, the dedicated detectives who investigate these vicious felonies are members of an elite squad known as the ‘Special Victims Unit.’ These are their stories. DUN DUN.”

The iconic opening of NBC’s ‘Law and Order: Special Victims Unit’ has been ingrained in our brains for the last 22 years. The longest-running live-action series has changed immensely over the course of 22 seasons. The show is a spin-off of ‘Law and Order’ which ran for 20 seasons.

The show is loosely based on real crimes that have been covered by the media. These episodes are specifically referred to as “ripped from the headlines.” ‘Law and Order: SVU’ was created by Dick Wolf for NBC. The premise of the series follows a group of detectives who investigate sexually oriented crimes such as rape, pedophilia, and domestic violence.

Casting for the show was no easy task. A few actors were in line to play Detectives Olivia Benson and Elliot Stabler. Ultimately, Mariska Hargitay and Christopher Meloni were cast in those roles. Wolf believed that Hargitay and Meloni shared great chemistry.

The series debuted its pilot episode called ‘Payback’ on September 20, 1999. It received a total of 4.2 million viewers. At the time, no one knew that the show would become as popular as it is and lasts as long as it has.

Being the longest-running live-action television show for 22 years, there’s bound to be changes. Those changes exist within the show’s content and an ever-changing cast.

The first season primarily revolved around murder but the content shifts from murder to rape, child abuse, and other important issues in later seasons. Although ‘SVU’ is fictional, it does apply real-world issues to its episodes which makes the show relevant.

The cast kept expanding because many cast members went on to do other things. Meloni departed the show after its eleventh season, Belzer left after its fifteenth season but made guest appearances in seasons fifteen and seventeen. Florek left after season fifteen but made guest appearances in season sixteen. Winters left to work another show he was doing at the time. He did make appearances in the episodes titled ‘Rhodium Nights’ and ‘Lost Reputation’/‘Above Suspicion’ as well as becoming a recurring character until season fifteen.

Tamara Tunie portrays medical examiner Melinda Warner who made her first appearance in season two and became a series regular in season seven. She even made it to the opening credits during that season. BD Wong frequently appeared as Dr. George Wuang, a psychiatrist who worked for the FBI. Both characters stimulated interest in the episodes they appeared in because they often reveal details that lead to solving the case at hand.

The show has had its share of Assistant District Attorneys (ADAs) throughout its 22-season run. Stephanie March portrayed ADA Alexandra Cabot in season two and made guest appearances in season six. Diane Neal portrayed ADA Casey Novak. At the time, her character was the longest-running ADA in the series but that streak ended when ADA Raphael Barba (portrayed by Raúl Esparza) took her place. Since season twenty-one, Dominick “Sonny” Carisi (portrayed by Peter Scanavino) who was a former detective is now the ADA for the ‘SVU’ squad.

As far as the detectives go, many have come and gone. After Stabler left ‘SVU’, Detective Amanda Rollins (portrayed by Kelli Giddish) joined the squad alongside Detective Nick Amaro (portrayed by Danny Pino). Giddish has been on the show for a decade while Pino left the show in 2015. Ice-T joined the show in season two as Detective Odafin “Fin” Tutuola. Originally, he signed a contract where he was only supposed to appear in four episodes but he became so well-liked that he stayed on permanently. Fin became one of the longest-running characters on the series behind Benson (Hargitay). In season 21, Jamie Gray Hyder joined the series as Detective Katriona “Kat” Tamin.

Olivia Benson is the longest-running live-action female character in a television show and Hargitay has done a spectacular job at portraying her all these years.

She was inspired by watching ‘Law and Order: SVU’ with her mother to put the slime on her attacker. Hargitay, who portrays Benson on the show, heard what happened to the girl and contacted her via video conference to make sure that she was okay.

Along with the show inspiring fans, it has also hit home for Hargitay. In 2004, she founded the Joyful Heart Foundation which provides support to survivors of sexual assault, domestic violence, and child abuse. The actress receives many letters from women so she believed that she needed to use her platform to assist women who need help.

In an interview with Rolling Stone, Hargitay said, “‘SVU’ had the vision, from the beginning, to venture into a territory that most people shied away from.” When the show began more than 20 years ago, these conversations about the important issues that the show covers weren’t happening often enough. The show created conversations where these issues were at the forefront and not just scratching the surface.

The Future for SVU

To the delight of fans everywhere, ‘Law and Order: Special Victims Unit’ has been renewed until season 24. Season 23 will premiere in the fall on Thursdays on NBC.

After Christopher Meloni departed SVU in 2011, he returned to play the character of Detective Elliot Stabler, respectively, on a spin-off show, ‘Law and Order: Organized Crime.’ The first crossover between ‘Special Victims Unit’ and ‘Organized Crime’ premiered on April 1st of this year. Entertainment Weekly reported that the long-awaited crossover reached 8 million viewers which is the most viewers that ‘SVU’ has had since 2016.

The future for ‘Law and Order: Special Victims Unit’ is bright. Benson and the rest of the squad will continue to grace our television screens for a couple more years. It is possible that we could get more seasons but that is down the line. The series continues to be one of the best on TV.