Hulu’s ‘The Premise’ is a Clumsy Take on Social Issues 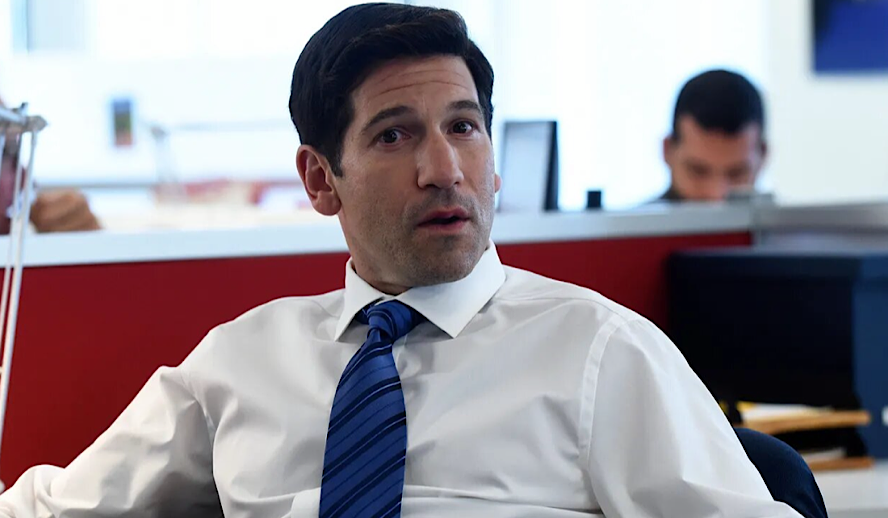 The pilot for ‘the Premise’ is the weakest of the two episodes that premiered on Hulu so far. The pilot, ‘Social Justice Sex Tape’, follows Ethan (Ben Platt), a woke gentrifier, who discovers important evidence of a police brutality case in the background of his sex tape. He sends the video to a non-profit run by a veteran attorney (Tracee Ellis Ross) and an eager lawyer (Ayo Edebiri), who then shows the embarrassing footage in court. While this is a comical premise (no pun intended) for a ‘Saturday Night Live’ sketch, the episode is over thirty minutes long and milks the joke dry.

To say that the pilot is a mess would be an understatement, with the episode starting off funny until it beats the joke down like a schoolyard bully. If this comical situation occurred in real life, obviously the video would have been zoomed in on the police brutality happening through the window, but no, the court has to watch the actual sex tape. While this premise has plot holes in it that will leave the audience groaning, it isn’t funny enough to justify its absurdity. The episode relies solely on the joke of Ethan being bad in bed that it doesn’t attempt to make any other jokes or witty commentary. This makes the episode feel a lot more like a rejected sketch than anything. Heck, the episode’s court scene plays out like ‘I Think You Should Leave’s’ courtroom sketch but with less charm.

The episode is so focussed on embarrassing the character of Ethan as a grand statement of the hypocrisy of “woke culture” that the issue of police brutality is pushed to the sidelines. The episode could have been much more interesting if it focussed on how a Black man’s life is at stake and all the court can focus on is a silly sex tape, commentating on how people can get distracted from the real issues, but it seems as though the episode itself also gets distracted from the real issues. The pilot’s finale tries to wrap everything up in a clean bow, proclaiming that police brutality videos need to be “crazy” for people to care about them.

This statement comes off as disingenuous though because the episode also only cared about the craziness of the video and not on the actual case itself. The statement also comes off as disingenuous because in reality the videos of police brutality that get the most attention aren’t silly at all but are instead shockingly violent. They become popular not for being over the top like the episode suggests but for being tragic. Overall, ‘Social Justice Sex Tape’ feels like a lame comedy sketch and attempts to make a statement about “woke white millennials” but ends up getting trapped in an inauthentic statement about police brutality.

‘Moment of Silence’ and Shocking Suspense

After the dud that is ‘Social Justice Sex Tape’, the series’ second episode, ‘Moment of Silence’, is a refreshing drama. While the pilot tries too hard to be funny, the second episode is a straight drama that tries to fill the audience with a sense of dread. The episode follows Chase (Jon Bernthal), the father of a school shooting victim, who is determined to get hired at the PR department for the National Gun Lobby, an obvious stand-in for the NRA. When he gets hired, the audience is left to wonder a scary thought: will Chase retaliate?

Jon Bernthal shines in the second episode, being both intense and mysterious. He fully commits to the grief of his character, as well as the intimidation he possesses with each interaction he has. Chase is a ticking time bomb, leaving the audience to wonder whether each interaction could lead him to snap. His performance really carries the episode, leading the audience to fear Chase doing the worst, fearing that he will commit a mass shooting. The episode succeeds in making the audience dread the worse, since the audience is sadly so used to the issue of mass shootings. It is as if the episode relies on the normalcy of mass shootings to create a sense of suspense and dread.

The emotional power of ‘Moment of Silence’ shows the strengths of anthology series, where a good enough episode can act as a compelling short film, telling a contained story within a short runtime. The strengths of the episode also shows how ‘the Premise’ can fulfill its promise by giving the audience a thoughtful story about a current hot-button social issue. The strengths of the episode also sadly act as a tonal whiplash to the first episode. For binging purposes, it is quite jarring to see the first episode play out like an overlong sketch, and then the second episode plays out like a hard-hitting drama.

‘The Premise’ offers a mixed bag of good ideas and confusing executions. On one hand, you have a smart and thoughtful portrayal of grief that gives the audience a sense of fear that we’ve sadly become accustomed to. On the other hand, you have a tired and clumsy attempt at comedy that ultimately becomes an unfunny and inaccurate take on a controversial issue. Since ‘the Premise’ is an anthology series, one must wonder what other social issues the series will attempt to tackle and how the series will do so, whether with comedy or hard-hitting drama. ‘The Premise’ prides itself on being an anthology of now but so far it seems to be an anthology of tonal whiplash.

‘The Premise’ is available to stream on Hulu