An Analysis of ‘The Great Gatsby’: Hamartia, Hubris, and the Hollow American Dream 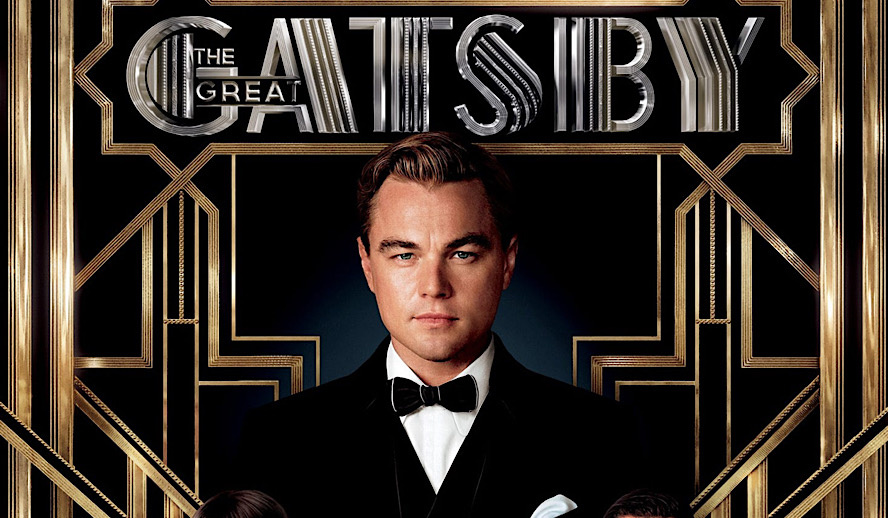 “If that was true he must have felt that he had lost the old warm world, paid a high price for living too long with a single dream. He must have looked up at an unfamiliar sky through frightening leaves and shivered as he found what a grotesque thing a rose is and how raw the sunlight was upon the scarcely created grass. A new world, material without being real, where poor ghosts, breathing dreams like air, drifted fortuitously about…like that ashen, fantastic figure gliding toward him through the amorphous trees.”

Imagine entering a mansion with luxurious winding staircases, bubbly champagne of the highest caliber floating on the gloved hands of ironed butlers, accompanied with charcuteries of aged cheese and olives. Women, bedazzled like the fingers of a royal family member, fur scarves and fishnets, diamond headdresses and ruby lips, a result of a long afternoon of lipstick and wine. Dancers, flailing their muscled toes to the heartbeat of an extravagant piano player, glass chandeliers swaying like the tiara tailored party-goers, tipsy and beautiful. This is bliss, right?

The character of Jay Gatsby (created in 1925 by American author F. Scott Fitzgerald) is a monolith of the 1920’s era of disillusionment and obsessive self-gratification. Although Gatsby himself (played by Leonardo DiCaprio in the 2013 film adaption) was reeling all his materialist fortunes for his perceived greatest fortune of all, debutante Daisy Buchanan, he suffers perhaps the greatest misfortune as he falls hardest for the idealistic trap of false promises.

After an intense love affair with Daisy, Gatsby finds himself unable to return after the war, being too broke to fund the fares back to the love of this life. They keep things alive for as long as they can with letters back and forth, but Daisy ends up marrying a man of status and old money, Tom Buchanan. Gatsby makes it his unrelenting mission to accumulate fortune beyond belief and sweep Daisy off her feet upon his wealthy return.

With his eye on the prize, Gatsby traverses through the vapidly vain upper-crusted twenties, eager to distinguish his past from his dirt-poor farming family in North Dakota. In his imagination, he is the son of God, destined for future glory. After rescuing an alcoholic millionaire, he changes his name in anticipation of his new fortune, but is cheated of this inheritance and remains dirt poor. Taking whatever measures necessary to attain the status he assumes will get Daisy back and secure his idea of happiness, he becomes a bootlegger, engaging in criminal activities that tether him to questionable people.

“If personality is an unbroken series of successful gestures, then there was something gorgeous about him, some heightened sensitivity to the promises of life, as if he were related to one of those intricate machines that register earthquakes ten thousand miles away. This responsiveness had nothing to do with that flabby impressionability which is dignified under the name of the “creative temperament”–it was an extraordinary gift for hope, a romantic readiness such as I have never found in any other person and which it is not likely I shall ever find again. No–Gatsby turned out alright at the end; it is what preyed on Gatsby, what foul dust floated in the wake of his dreams that temporarily closed out my interest in the abortive sorrows and short-winded elations of men.”

Although Gatsby eventually comes clean to his confidant, Nick Carraway, (played by a stock-broking Tobey Maguire in the 2013 rendition) about his history, he fails to address his aversions towards his background; maintaining his oblivion around the lingering effects on his psyche. It results in emotional and physical rage right in front of Daisy, tearing him even further from his only real desire.

His plans to supply Daisy with the lavish comforts and upscale lifestyle he thinks she wants and deserves eventually backfire and cascade into a sequence of tragic events leading to his consequential downfall. Due to his being born into a poor family, it seems the only thing he really inherited was an inferiority complex, overcompensating in every way possible, exuding the air of someone chiseled from gold and affluent with splendor. He so desperately craved the validation of being good enough that it led to him becoming secretive and shameful.  Nonetheless, he was still indescribably full of hope. Maybe a blind hope, a prideful hope, that kept him striving for more and willing to sacrifice anything to achieve the conceptual ghost of satisfaction. If he had to lie, cheat, murder, or steal, he’d probably do it, in the promise to myself that he would be someday fulfilled in the arms of his one true love.

His hope was beautiful in a way, there’s something noble to be said about someone willing to do anything for love, but even when you boil that down it’s clear that his motivation of saving Daisy from her misery was really rooted in his desire to save himself from his own.

The Lush Land of Opportunity: From Rags to Riches Myth

“The American dream, or myth, is an ever-recurring theme in American literature, dating back to some of the earliest colonial writings. Briefly defined, it is the belief that every man, whatever his origins, may pursue and attain his chosen goals, be they political, monetary, or social. It is the literary expression of the concept of America: The land of opportunity.”

Highlighting the despondence of poor aspirants eager to transform their impecunious birth, Gatsby is a figure of the rigged class system, all of his efforts to appear mysterious and grandiose vaporizing by the end of the story.  When Tom Buchanan notes that he will never be like them, motioning to himself, Daisy, and the others, it triggers his deepest insecurity before he snaps into an uncontrolled temper tantrum. There is this strange cementation of status that no amount of wealth accumulation can nullify, new money will never have the prestige that the blood you carry does.

Those with new money are looked upon as less educated and less elegant than those with old money in the story.  It’s this cultish, arbitrary right of passage only the “chosen ones” get to benefit. Part of this myth keeps the class warfare at bay, allowing people to relish in the falseness that anyone can make billions if they work hard enough and smart enough.

The American myth is one that emphasizes the pay-off of sacrifice and risk-taking as opposed to chance. Realistically, it’s more chance than just hard work. Even the fastest runner would have a lower statistical chance of winning a race than someone who started the race significantly sooner.

Fortunately, times are changing and people who pull themselves by their proverbial bootstraps are considered with higher regard. They are respected for their hard work. Whereas, those who simply inherited their fortune and lavish in their luxuries are deemed silver spooners by some.

Although we are certainly seeing a paradigm shift concerning our cultural values (stretching in several directions) the American myth fails to address the importance of life beyond the price tag. We are geared to consume and create products of consumption and are fairly uneducated on how to equip emotional tools to gear us to lead more fulfilling happier lives. The endless striving for more is the gaping hollow that eats at American’s every time they sit to enjoy the sunrise.

The nagging voice will screech, “What have you done that is productive today?” While focusing on accomplishments can be healthy, it is detrimental to humanity to place such high value one on someone’s “price tag” and three-story houses. There is an excess of production and industrialization that does an unequivocal amount of damage both on the planet and our internal well-being that could result in the same fate as our Great Gatsby.