‘Paprika’ and ‘Inception’: The Exploration of The Dream World – An In-Depth Analysis 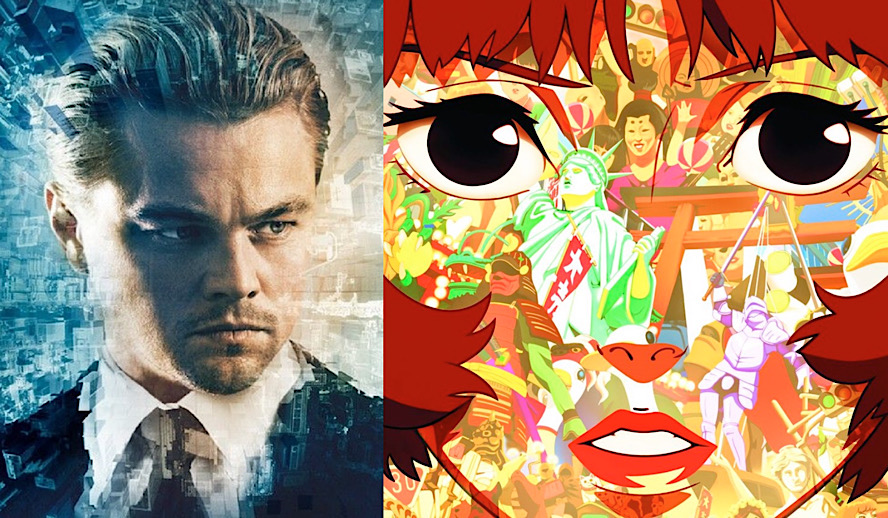 What is so fascinating about dreams? Is it the fact we can explore our subconscious mind? Or is it because it is a reflection of our innermost desires? These are questions that are examined in both Satoshi Kon’s 2006 anime film ‘Paprika’ and Christopher Nolan’s 2010 ‘Inception.’

Before analyzing the two, it is important to first address the controversy between the films. Some claim that ‘Inception’ is loosely based on ‘Paprika’ as the concepts are similar (with the use of dream hacking technology).  Some even say that Nolan was inspired by Kon’s work, but there is no exact quote of him saying that. From a personal perspective, criticizing the two is a disservice to both Kon and Nolan’s work. Whether one was the original or not, the point I am trying to get across in this analysis is to stray away from criticism and to focus on how the two have their own respective surrealist takes.

Despite the vibrant and obscure animation, Satoshi Kon’s ‘Paprika’ is an unsettling story that tests the human psyche. The film follows a group of therapists and their journey in finding their stolen technology, the DC Mini, which allows them to enter a patient’s dream. When the antagonist, Inui (voiced by Tôru Emori), gets his hands on the forbidden machine, he uses it to control the minds and dreams of the entire population of Japan. The main character, Dr. Atsuko Chiba (voiced by Megumi Hayashibara), who utilizes a separate dream identity that we know as Paprika, attempts to stop destruction from happening as she jumps from one dream to another.

Although the motives between the antagonist and protagonist are different, their intentions are the same. They both have a desire that is reflected in their dreams. If we first look at Inui’s character, he suffers from his health as he is bound to a wheelchair. He steals the DC mini and uses it as an escape that allows him to live life with no health complications. He seeks resolution through dreaming as he imagines himself with the ability to walk again. By invading everyone’s dreams, he hopes to achieve a flawless reality that rids itself of inaccessibility. Inui’s purpose in stealing this technology is to blend reality and the dream worlds. By merging the two, he hopes his desires within his dreams can translate into reality (which he was defeated in doing so). I find Chiba’s character to be no different.

The only contrast between Chiba and Inui is that Chiba wants separation between herself and Paprika, whereas Inui wants his subconscious and physical self to be one. Their similarities align when it comes to the desire to be the individual that is represented in their dream state. In Chiba’s case, it is Paprika. There is a dichotomy between the two as Paprika is more vibrant and free-spirited, and Chiba is reserved and serious. Although they believe they are two different entities, they also recognize that they are the same. In a way, Chiba seeks liberation through dreaming as she takes on the identity of Paprika. She has the emotional expression Chiba cannot take on within her real self. Paprika becomes the outlet where she gets to experience both emotional and physical freedom.

With these two characters, the story reflects the innate yearning of human emotions as it forces us as an audience to look at the fantasies we make up in our heads. Kon pushes the boundaries of imagination as the film chaotically examines dreams’ abstract meanings through animation and storytelling. The blend between reality and the dream world showcases that we have an imagined version of ourselves that we want, and our subconscious reflects that. To quote the movie: “It’s truth that came from fiction. Always remember that.” Although the dreams we imagine are not real, it does shed light on the truest forms of ourselves. ‘Paprika’ then ultimately explores that there is truth in what we want and desire.

Following the success of ‘The Dark Knight,’ Christopher Nolan released the dream heist film, ‘Inception.’ In comparison to ‘Paprika,’ ‘Inception’ is science-focused with emphasis on the technology that allowed them to hop from one dream to another. It centers around the main character, Dominick Cobb (Leonardo DiCaprio), an expert in exploring and stealing ideas from the subconscious. With his dream invading abilities, he is tasked to take down a corporation by planting the idea in Fischer’s (the notable businessman they try to take down, played by Cillian Murphy) mind. By doing so, Cobb and his team attempt to explore a dream within a dream to plant the idea so deeply within Fischer’s mind, thus, creating the “inception.”

As a leader, Cobb’s character is the driving force of the mission, but he is also why they run into several issues throughout the movie. The audience is introduced to Mal (Marion Cotillard), Cobb’s wife, who killed herself in limbo (the state when one is stuck in the subconscious). The movie shows scenes between Cobb and Mal where they spent years in the dream world in which the lines blur between dreams and reality. Her death continues to haunt Cobb as he creates mental projections of Mal, which causes challenges for Cobb and the others throughout the mission. In a way, his imagination of her derives from his guilt.

With Cobb’s experiences as a catalyst to the story, Nolan examines the confrontation of guilt within exploring the dream world. As ‘Paprika’ looks at the truth in desire, ‘Inception’ reflects on the truth that lies in fear. DiCaprio’s character is put in difficult situations because of his own projection of his dead wife. This perception of her forces him to face the reality of her death. Despite the intricate nature of the movie, it perfectly navigates our innate understanding of the guilt that may be hidden in our conscience and is a testament to how dreams stem from the repression of our fears.

How ‘Paprika’ and ‘Inception’ Coincide With One Another

‘Inception’ and ‘Paprika’  capture the essence of the dream world through abstract takes on the subconscious mind. Both had their respective ways of showcasing unconventional storytelling that bends the nature of reality. Kon and Nolan’s directing creates surrealist interpretations of the dream world, leaving an audience wondering as each film relies on a viewer’s understanding. As they both have similarities and differences, exploring our dreams uncovers what we are desperate to tell ourselves, whether it is the truth or the fears of our overall desires.