‘Confessions of a Dangerous Mind’: The Consequences of Arrogance in the Pursuit of Happiness and Power 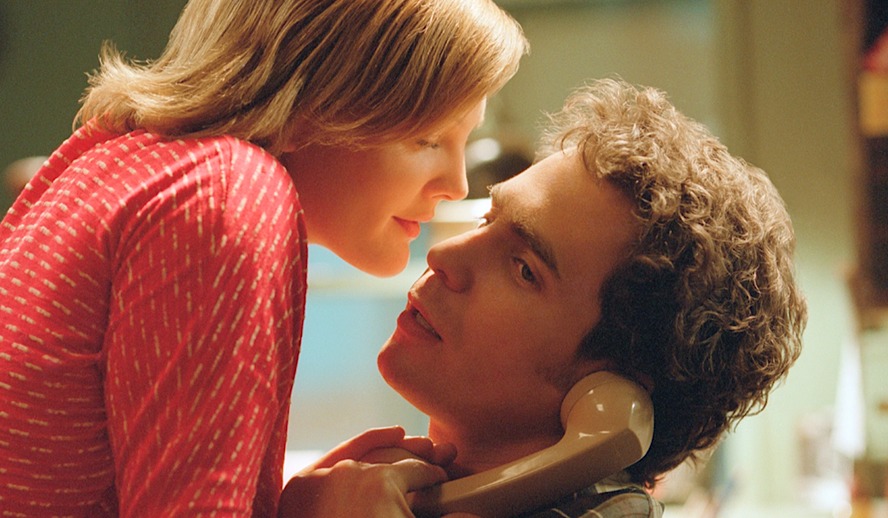 Photo: ‘Confessions of a Dangerous Mind/Miramax

‘Confessions of a Dangerous Mind’ starring Sam Rockwell and written by the renowned father of existential horror, Charlie Kaufman, brings to life a character that we all know and do not love. Rockwell nails this brass, reckless character with a captivating performance of ‘cool’ energy and an eternal glaze of longing in his eyes. He is the ultimate conglomeration of shady arrogance and emotional negligence. Sam’s matchless acting style is tailored perfectly for these emotionally dimensional characters. Whether subtle or abrasive, his expressions are executed flawlessly, layered with an aching internal anguish. These seedy types of roles almost seem written for him. As the story progresses, Sam’s character, Chuck Barris, schemes his way into a life of fame without virtue–in other words, he invents reality television. Starting with The Dating Game, Barris gradually descends the ladder of good taste, forfeiting his shot at respectability and happiness in his relentless pursuit of power and purpose. His heedless haze disenfranchises him from the softer, more fulfilling sentiments of human life as he stumbles halfheartedly through his relationships and career. His intense determination to succeed, quite as to what isn’t clear, is almost admirable despite the destructiveness of its nature.

Related article: ‘I’m Thinking of Ending Things’ Review: Unparalleled Kaufman Paradigm on the Portrait of Aging and the Corkscrew of Time

We see this over and over again as he betrays his primary lover in the film, Penny, played by the heartbreakingly authentic Drew Barrymore. He initially meets her after a lackluster bedding of her roommate/his coworker (Maggie Gyllenhaal), and they bond over a shared pursuit of the Swinging Sixties lifestyle. Everything is great until Chuck gets hired by the CIA to kill people. Penny isn’t entirely oblivious that he is involved in some sticky stuff, but she supports him through thick and thin, accepting his flaws while demanding little in return. Their dynamic is genuine and special, but his knack for disappearing and withholding half of his identity (the CIA assassin half) undermines its significance. His fickleness to commit is tragic to watch, akin to sitting through someone setting themselves on fire.  Meddling around with his sleazy CIA handler Jim Byrd, played by an intimidating George Clooney, and getting his hands dirty with his femme fatale, played by a deceptive Julia Roberts, Chuck loses his grasp of reality. His incessant striving for some kind of ruthless domination condemns him with a tactless reputation in the entertainment industry.

The shamelessly ambitious love him, but many consider him to be the destroyer of Western Civilization. Similarly, the CIA’s reticence to outwardly condone Chuck’s clandestine killings puts Chuck in a precarious hierarchy with spies and criminals. It takes Chuck coming face to face with his own demise to finally pivot in his life. Chuck maintains his murderous alter-ego and plies himself with booze and drugs. The film constantly returns to the nadir of this pursuit, which has a bearded, paranoid, and nude Chuck holed up in a dark room as Penny attempts to rescue him with a marriage proposal. It’s a common human flaw to undergo a series of nonsensical obstacles in the search for happiness, often leading one further from what they actually desire. Usually the paths we take to avoid what we fear (in this case, feelings of powerlessness and unworthiness) tend to be the paths right to it. We all do it. That being said, some clearly embark on a dicier route to get there. Ultimately, the film depicts the perilous decline of a character who has the grit to succeed but lacks the self-awareness and emotional wisdom to recognize that some risks are never worth the reward.

This kind of dauntless valor is the classic trait of many power-hungry archetypes in our society and culture today. Some might argue that a capitalist climate is to blame, and while that might be true, there are likely deeper psychological elements at play. The heinous attempts to amass power employed by the moguls in our world today say something about the human condition. Is there some deep-seated trauma that drives Chuck and leads him to a feeling of constant inadequacy? In an unnerving scene, George Clooney’s character reveals Chuck’s psychological profile: an absent father, a mother who raised him as a daughter. Is this enough to lead one down the rabbit hole of ‘too much and never enough’? Chuck’s pursuit to satiate some itch becomes increasingly risky, not unlike those who suffer from various addictions. This pathological impulsivity for reckless behavior is often overlooked as self-indulgent narcissism when in truth, genetics and neurology probably play an important role.

It seems that Chuck Barris, and other figures of industrial or political prowess, possess a deep sense of lack, a psychological chip on the shoulder, that pervades into the world outwardly. The lack that these people feel is so often an emotional lack. They are never satisfied, thus they perpetuate this emotional poverty in a never-ending external rat race of wealth and power. You can’t control who or how you are loved, but you can control how much power you have over others. The endless striving is a substitute for, or a distraction from, the inability to truly love and feel loved.

This sadomasochistic urge to win no matter the cost will rationalize carrying almost any injustice through. Chuck simultaneously justifies his morally gray assassinations and his sleazy parties to facilitate easy sex. It doesn’t matter what is being accumulated, as long as there is constantly more of it; more sexual partners, more notoriety, more influence, more TV shows in the pipeline. This unending hunger acts in service to the evolutionary streamline of our culture–what survives is the strong and powerful. Chuck doesn’t ask himself if he can be satisfied with what he has and what he has accomplished, or whether he can improve the quality of the cultural landscape. It’s all about quantity. He floods the zone. In a memorable scene, Chuck is getting married, and the priest introduces him by railing off all of his TV credits. As he exits the church, he’s greeted by the ghosts of everyone he’s assassinated. It’s a juxtaposition of the destructive forces of the entertainment industry and the military-industrial complex. Reality TV kills brain cells, the government kills people.

The character arc and story of Chuck Barris is especially relevant today. So much of American culture and prosperity is a myth, and who or what must be destroyed in the effort to maintain this myth is selectively devised by those in power. It is a selective presentation to promote the stories that lend people justification in their acts of violence or lack of moral responsibility. Pop culture creates a smokescreen that enables moral relativism. It glamorizes self-indulgence and status while publicly demoralizing and humiliating others.

In the film, Chuck Barris finds himself gunning down political targets on behalf of the CIA, and is inspired to create The Gong Show. Essentially, he invites a panel of judges and a studio audience to be the purveyors of taste. Contestants perform, and if they are deemed unworthy, a gong is rung and they are removed from the stage. Any time something comes up that is culturally opposing it is drowned out by the lowest common denominators of human society. It creates the need for validation, emphasizing the importance of being interesting and relevant over that of being truthful and real. Fed on this, society forms an obsession with winning and losing, and all else becomes meaningless.

Chuck’s internal self-doubt manifests into his TV show and promotes his own lifestyle, pushing the idea of superficial connection and popularizing self-aggrandizing over actual love. Observe The Dating Game–none of the contestants are there to find romantic partners, they’re there to be on television. Chuck Barris’s predicament lies in his own self-awareness. He knows subconsciously that the culture he is creating is vapid nonsense.

Of course with Kaufman, there’s always more to the story. While the film leans into the fantasy, the real Chuck Barris was never in the CIA. The fantasy that he was assassinating America’s enemies while moonlighting as a TV host was simply a product of his dangerous mind. Whether he was deliberately making the connection between the hollow hegemony of American pop culture and American politics or not, his story is shockingly prescient. Of the modern post-truth landscape, where purveyors of reality TV nonsense can attain the highest seats of authority, Chuck Barris is a tragic predictor—a canary in the coal mine. Now more than ever, all the world’s a stage. Can we as a society improve our act before we get the gong?