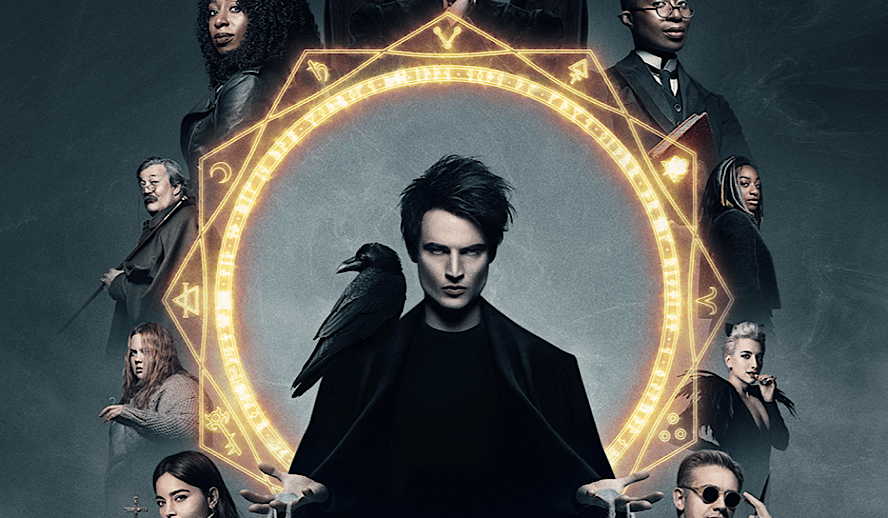 Since its release in the 1990s, there has been speculation about when Neil Gaiman’s ‘The Sandman’ would be adapted into a film or television medium. The wait was long, but Netflix finally took on the daunting task of recreating ‘The Sandman’ on the big screen. The task seemed impossible from the start: Neil Gaiman’s comic is abstract and gritty, making it difficult to imagine the story outside of the comic let alone in live-action form. Despite all that could’ve gone wrong, Netflix’s ‘The Sandman’ is a stunning adaptation that brings the characters of Neil Gaiman’s comic alive to the small screen.

‘The Sandman,’ adapted from DC Comics’ ‘The Sandman’ stars Tom Sturridge as Dream (A.K.A. Morpheus), a cosmic being and the manifestation of human dreams; Jenna Coleman as Johanna Constantine, a detective who hunts demons for a living; Patton Oswalt as Matthew the Raven, a recently deceased soul who is reincarnated as a bird to serve Dream; Boyd Holbrook as Corinthian, a rogue nightmare who seeks to destroy Dream; David Thewlis as Dr. John Dee, the son of Ethel Cripps and the stealer of Dream’s ruby; and Kirby Howell-Baptiste as Death, a fellow cosmic being and the taker of life.

‘Sandman’ – What to Know Going In

Before starting Netflix’s ‘The Sandman’, it is important to understand a few things about the story and world. First and foremost, as previously stated, ‘The Sandman’ is adapted from the nearly 30-year-old comic of the same name. The show is 10 episodes with each episode around an hour long. Although alarming at first, the aspect ratio, which appears to be close to 2.35:1, does make the visual look off at first but it is how the show was intended to be viewed.

The comic was originally a part of the DC Universe, however, ‘The Sandman’ TV show is in its own standalone world. This means that characters such as Batman, Superman, and other DC heroes do not exist along with Dream and his siblings. This is made especially apparent in the show with the appearance of the character Johanna Constantine, who in the original DC universe, is a male character by the name of John Constantine.

‘The Sandman’ is rated TV-MA which means the themes and topics explored in the show are for a mature audience. Although for adults, it is not required to have any knowledge about the Neil Gaiman comic series before watching the show. However, if you do enjoy ‘The Sandman’ on Netflix, the original comic is always available for purchase to read.

What makes a great story is who is at the center of it, and in the case of ‘The Sandman’ that is Dream, the ruler of The Dreaming. What makes Dream such an intriguing protagonist is his initial lack of humanity. He is also a deeply morally gray character and will often not account for the emotions of the people around him. From the first episode, we see Dream captured by humans, placing him inside a ritual-bound glass sphere. We the audience see Dream how the humans who captured him see him: an inhuman creature of another world. Although Dream could speak and look human, everything about him felt anything but. However, as the story progresses, Dream slowly feels more and more like a person with an array of emotion. This is showcased in episode 6 where Dream reunites with Hob Gadling, an old friend.

In the 14th century, Dream and his sister, Death, make a bet that giving a man eternal life will drive him mad. The man they chose for their experiment, Hob Gadling, a common soldier for the king of England. Dream tells Hob that he will meet him in a pub 100 years from now. Without giving too much away, Dream and Hob end up meeting every 100 years so Dream can check if he has gone insane for living too long. However, Hob loves being alive, and chooses to stay living. With each century passing, Hob realizes that Dream does not really care if he goes insane, but instead just wants someone to talk to. Dream takes offense to this, since Hob is a mortal, and leaves. Dream returns to Hob though, admitting that he did see Hob as a friend. It’s the little moments like these where Dream’s humanity shines through that make him such an enticing character to follow.

Dreams and The Hope Around Them

Part of the beauty of ‘The Sandman’ is despite the despair and gore that fills the show, it is in essence about hopes and dreams of the people in it. An excellent moment in ‘The Sandman’ is where Dream confronts Lucifer Morningstar played by Gwendoline Christie. Lucifer asks why she should not enslave Dream as he is powerless in Hell, but Dream tells her what would Hell be if the damned could not dream of heaven? While ‘The Sandman’ primarily follows Dream’s escapades, it also takes the time to focus on the side characters’ deeper desires: Rodrick Burgess’ dream to see his son once again, Rose’s dream to find her brother, Lyta dreams of being with Hector again, Dr. John Dee’s dream of people being honest with each other, and so on. It is the hope of these goals that drive all of the mortal characters in ‘The Sandman’ and further drives Dream himself to return his kingdom to its former state.

Overall, ‘The Sandman’ was an excellent watching experience and anyone who is a fan of the comic would be happy with what Netflix has done with Gaiman’s work. ‘The Sandman’ is dark and slow in nature, but has its moments of gleaming fun and energy. Everything from the music and sound to the cinematography allows for each episode of ‘The Sandman’ to feel like its own film. In a day and age where it seems adaptations, and especially comic book ones, are turned out left and right, it is a breath of fresh air to see an adaptation that is filled with heart and focused on telling its own story rather than building a cinematic lore over multiple shows and films.