The Strange and Existential Logic of ‘Stuck Apart’ 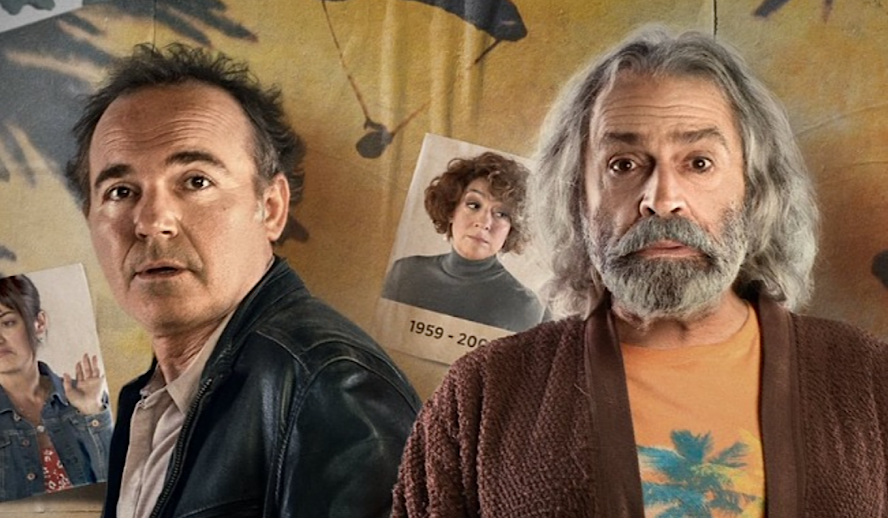 Sometimes, we all need a little something…different. Whether you’re a casual filmmaker or self-acclaimed cinephile, it does good to stretch our Cinema muscles and put ourselves out of our comfort zones. If you’re a fan of Charlie Kaufmann or Jean-Luc Godard this new Netflix release will be right up your alley; if not, it’s worth a watch anyway.

‘Stuck Apart’ (aka ‘Azizler’) is a quirky, existential Turkish feature by brothers Dural and Yagmar Taylan. This is the fourth feature film from the brother duo, preceded by the critically acclaimed ‘Okul’, ‘Küçük Kiyamet’ (aka ‘The Little Apocalypse’) and ‘Vavien’. The premise follows the middle-aged Aziz (Engin Günaydin) through a mid-life crisis, an unfortunate hot tub incident, and what might be the longest breakup ever put to screen – that is, if time has meaning at all in this unusual piece of Cinema.

The film doesn’t dump you in the deep end of the craziness, rather letting it creep up on you as the story progresses. Our first clue that this isn’t your regular ‘middle-aged man’ story is when the girlfriend Aziz is attempting to break up with (Irem Sak) asks him where a necklace is. And then she asks him again. And again. And again, and so on, like a record on repeat until Aziz finds the solution to this mild inconvenience.

Aziz does make some token attempts to search for and locate the necklace, but this is not his goal. Aziz doesn’t have a goal. He’s moderately comfortable, he has a good job, a relationship; all he wants is a little alone time from his sister and tyrannical nephew who have invaded his house. A grander goal is given to Aziz’s elderly friend Erbil (Haluk Bilginer), who wishes to have a fling with a continually smoking woman from the office before he joins his dead wife in the afterlife. His dead wife who talks to him from a photograph on the fridge, that is. Erbil is gifted a significant portion of the third act as the narrative drifts away from Aziz because, after all, Aziz can’t be the main character all the time. None of us are.

This is a far cry from the American mid-life crisis fare. Films such as ‘Tag’ and ‘Grown Ups’ show unfulfilled forty-somethings who have decided to not waste the second half of their lives the way they suspect they may have wasted the first. ‘Stuck Apart’ is not so. The film doesn’t showcase Aziz as wasting his life so much as showing life itself is a waste. We’re all just biding our time until we head into the Great Beyond, most likely without achieving some greater purpose, or leaving any real impact. Even Aziz himself is nearly written out of his own movie.

This isn’t as depressing as it might sound. There is something refreshingly honest about admitting that we are mostly just filling time until we die. Most of the supposed success in our lives is arbitrary anyway; a theme perfectly surmised in Aziz’s job of creating fake videos in order for clients to ‘go viral’. His somewhat friend and colleague, Alp (Öner Erkan), invites Aziz to a party only reveal after Aziz’s departure that the guests were paid actors, there to fill space and praise Alp’s name, seemingly just to impress Aziz and stroke Alp’s fragile ego.

The film also conveys an ongoing uneasiness. The performances are just unnatural enough, the framing of the camera not quite as it should be, the meandering plotline never letting us find our feet. It’s unnerving, sometimes outright frightening (who knew two men discussing skiing could put your teeth on edge?), as is life. We’re just filling our lives with meaningless chatter and false accomplishment until we kick the proverbial bucket.

The (Unsettling) Magic of Dream Logic

Aziz’s ‘looped’ girlfriend is one of the earliest tip-offs that the world we are visiting in ‘Stuck Apart’ is not our own, tipping into dream territory. It’s far from the first film to replicate the oddities of our sleeping subconsciousness, ‘Suspiria’ (1977), ‘Mulholland Drive’ (2001), and the more recent ‘I’m Thinking of Ending Things’ (2020) preceding it. It’s not an easy style to tackle without coming off as pretentious or self-indulgent, but ‘Stuck Apart’ avoids both, in part due to its dark comedy. Try not to laugh when a doctor informs two distraught parents that their young son (Göktug Yildirim) has been diagnosed, rather, unfortunately, as a ‘jerk’.

We’ve all had a dream where we’ve wandered from location to location with no memory of arriving at any of them. Sometimes we have a clear goal we are trying to get to; other times, a dark presence we are trying to get away from. In either case, the people around us are often unresponsive, giving us cryptic and unhelpful answers, if they answer us at all. There’s no way out except waking up, and realizing that nothing we did mattered anyway.

It’s a prime example of capturing how something feels rather than how something is. The film is not trying to be weird, or shocking, or different. Instead, it is attempting to summarise how it feels to live – and not the Hollywood take on the grass between your toes and feeling the sun on your skin. The real feeling – the sneaking suspicion that maybe this is all pointless, and that the next generation is going to repeat our mistakes, and that nothing we do matters. And, hey – maybe that’s ok.

This film won’t be everyone’s cup of tea (and not every film should be), but it’s worth your time if you’re looking for something that makes you go ‘Hm.’ It’s best watched on a big screen if you have access to one, with phones and laptops put on silent and well out of sight. Watching a film in its entirety without a second screen can be somewhat foreign in an age where we go nowhere without that Black Mirror device in our hand, but this film only works if you let yourself sink into it and take you on an existential, surreal, and darkly funny ride.

‘Stuck Apart’ is now available to view on Netflix.