‘Donnie Darko’: Dark, Strange, Hypnotic – Mystifying As It Is Intriguing 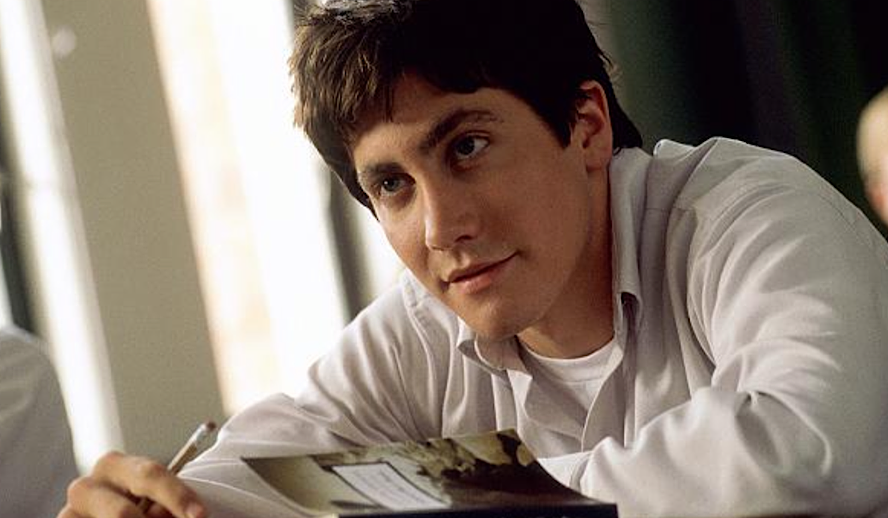 Richard Kelly’s Donnie Darko (2001) is part teen-drama, part sci-fi mystery, and is as reminiscent of David Lynch as it is of John Carpenter. You may not understand anything that happened, but it will likely affect you. In what is his breakout role, Jake Gyllenhaal stars as the titular teenager, Donnie, whose connection to a strange, demonic bunny named Frank reveals a devastating, apocalyptic truth.

Donnie Darko is a great character. On the surface, he is scary and inappropriate. He seems to enjoy anything that disrupts social order, like The Joker or The Devil. He makes inappropriate comments whenever he can and is scarily difficult to predict. He has been given an awful burden by bunny-rabbit Frank, that of knowing the details of an impending catastrophe. He needs to do awful things to prevent this from happening, and as such you feel for his peculiar plight. His fear and loneliness makes him relatable, and you empathise with him despite the fact that he is particularly difficult. Donnie is nuanced. Though odd, he isn’t completely crazy – he has a good, useful relationship with his teacher and his sister (played by real life sister Maggie Gyllenhaal). Jake Gyllenhaal is, of course, brilliant in the title role – he brings out Donnie’s humanity as successfully as he does his creepiness.

Though it is puzzling, Donnie Darko makes up for lack of logic with deep feeling. Seeing as Donnie is aware of this upcoming catastrophe, the entire film contains a terrifically unsettling, near-existential sense of foreboding. It counts down to the pivotal day in a way that is seriously ominous. The entire thing is eerie – especially Frank the bunny rabbit. The score is highly effective and  sits somewhere between oddity and pulp by belting 80s classics whilst being backgrounded by uncomfortable, alienating sounds. It sounds like the lovechild of Mulholland Drive and The Breakfast Club.

This comparison is further validated by the sheer oddity of certain elements. I challenge you to find another teen drama that features anything as random as a storyline about a plane part that travels through time portals to collapse through a suburban house. Donnie Darko invokes other strange indie classics in some areas but is weird enough at its core to stand out as a unique entity.

Donnie Darko’s portrayal of adolescence is surprisingly resonant. The teenage characters are tormented by the sheer (and recognisably real) incompetence of their adult superiors. Donnie’s father is a useless slob who says nothing upon finding out Donnie called his mother a “bitch”. Donnie’s mother isn’t much better, though she seems more caring. The teachers are comically awful – the school’s simplistic policy of “fear vs love” is unbelievably (though hilariously) frustrating to sit through. For these reasons, we root for Darko’s demon-like activities despite their immorality and illegality.

The portrayal of adolescence is also so good because it feels honest. Donnie’s friends are racists who bully the school’s only Chinese student. Though far less reprehensible, Donnie’s therapy sessions are similarly revealing. When hypnotised he reveals that he constantly thinks about “fucking Christina Applegate”. Though creepily delivered, such fantasies are not uncharacteristic of teenage behaviour and further point towards Kelly’s refreshingly forthright depiction of adolescent thinking.

Most surprisingly, Donnie Darko is funny, nearly all the way through. Despite its overriding sense of impending doom, the film manages to couple this with a sharp, dark sense of humour. Though mainly scary, Donnie’s possessed, dangerous personality leads to some memorable lines. After the “love vs fear” scene it is perversely wonderful to hear Donnie’s insufferable teacher furiously explain the fact that Donnie told her to “shove her lifestyle card up her anus”. Donnie’s takedown of Patrick Swayze’s equally reprehensible con-artist is similarly gratifying. Donnie Darko benefits from balancing a tone of genuine dread with a naturalistic sense of humour that compliments the content rather than contradicting it.

Donnie Darko is a film that lets you take from it what you bring. It deals in atmosphere, characterisation and themes more than it provides cohesive storytelling. Explaining what actually happens in the climax would take an entire essay in and of itself. Needless to say, it is likely to confuse you. The more important question is whether or not this sense of confusion gets in the way of the climax’s emotional impact. Whilst I concede that some audiences may be too mystified to feel anything, Donnie Darko stayed with me because I cared about the characters. When they encounter genuine peril (and they do), it is powerful regardless of the serious questions that can be asked about the how and why, because the characters have been substantially developed.

Some aspects of the film haven’t aged particularly well, though most are minor. Like many teen-centric films, the bully characters feel underdeveloped, and are essentially broad caricatures. In another film this wouldn’t be too much of a problem but in this case it slightly undermines the otherwise nuanced portrayal of adolescence. To be honest, this is slightly exacerbated by the fact that one of those bullies is played by a young, less-assured Seth Rogen (whose first line is “I like your boobs”). Though most of the film is visually distinct (especially the bunny-rabbit), there is some dated CGI – the time portals look a bit silly. Drew Barrymore seems a bit out of place, and the choice to end the film with a rendition of ‘Mad World’ is a bit on the nose. Nevertheless, such gripes are minor in regards to the film’s many qualities.

Donnie Darko is a terrific piece of work totally and is deserving of its cult-classic status. It is a unique film. It has a greatly interesting, challenging and realistic adolescent hero at its centre, and it treats him and the supporting cast with appropriate nuance. Donnie Darko is puzzling, but it supplements lack of clarity with character depth and a genuinely disturbing, atmospheric story. It has a biting, misbehaved sense of humour which surprisingly fits the sense of oppressive doom. Though its mystifying nature won’t be to all tastes, Donnie Darko is magnetic and affecting nonetheless.