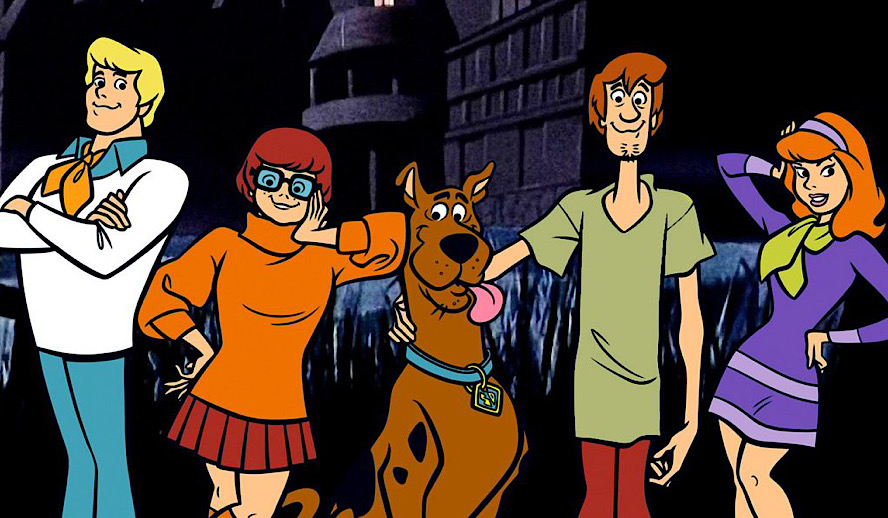 Saturday morning cartoons are a staple of television. They’re the kind of cartoons you remember from your childhood, waking up early every morning to watch whatever flashy, exciting show would pop up on your TV screen. Hanna-Barbera was the king of these types of cartoons, and one of their crown jewels is the ever-loved ‘Scooby-Doo’ franchise. Beginning in 1969 with ‘Scooby-Doo, Where Are You!’, the show proved to be a big hit among audiences and created multiple spin-offs throughout the decades, all to varying levels of success. With such a long and storied history behind some of TV’s most iconic characters, let’s take a look into some of the shows throughout the years that help define the ‘Scooby-Doo’ franchise as a whole.

This was the show that kickstarted it all, and the blueprint for many of the franchise’s different iterations going forward. It follows four teenagers, Shaggy, Fred, Velma, and Daphne, along with their Great Dane Scooby-Doo as they travel around in the Mystery Machine and solve mysteries. The gang would often deal with supernatural creatures or monsters that were terrorizing people, only to unmask them and discover that it was all due to someone in disguise looking for personal gain. Every episode would end with the gang solving the mystery and catching the culprit, with the perpetrator saying some variation of “And I’d have gotten away with it too, if it weren’t for those meddling kids”.

The show was meant to be a fun, non-violent cartoon meant to air on Saturday mornings after parents complained about the violence of the common superhero cartoons that usually aired during that time. Every episode was relatively the same with little variation to the format, and that formula proved to be highly successful for Hanna-Barbera. The show was a hit, and it spawned numerous other lookalike shows with similar premises, like ‘Josie and the Pussycats’ and ‘The Funky Phantom’. The success of ‘Scooby-Doo, Where Are You!’ launched the show into the franchise it’s known as today, with dozens of other shows and spin-offs that have carried these characters through generations of fans.

After a decade of popularity, Scooby-Doo and his franchise began to lose popularity quickly. By 1979, after coming close to cancellation, Joseph Barbera wanted to create a new character that could revitalize the show. Thus, Scrappy-Doo was born. He was created to be the polar opposite of Scooby-Doo in terms of his size and personality. Initially, when creating Scooby, the Great Dane was either going to be a “big, cowardly dog” or a “feisty little dog”. While the former ended up being chosen, the latter was picked to be the personality of Scrappy-Doo. It clashed with Scooby’s clumsy and perpetually-scared personality, and together, the two made a great duo.

‘Scooby-Doo and Scrappy-Doo’ first ran for 1 season of 16 episodes from 1979 to 1980 before the show was reworked, to which they ran a new series under the same name for a few more years. The original show was less comedic but focused more on Scrappy-Doo, Shaggy and Scooby solving mysteries (the rest of the gang would periodically appear). As Hanna-Barbera changed the series, they added more comedy to the show and made the villains supernatural entities rather than people masquerading as one. Despite the show not being one of the more memorable outings in the franchise, it’s important for one thing: the creation of Scrappy-Doo, a character that would bring new fans and become a staple of many incarnations of the show.

If there’s anything I remember most about Scooby-Doo, it’s the movies. Once the gang became popular enough to stray away from just the television format, they eventually began starring in direct-to-video television films throughout the late 1990s. These included films like ‘Scooby-Doo and the Witch’s Ghost’ (1999) and ‘Scooby-Doo and the Cyber Chase’ (2001), two films that have proven to be some of the most popular of the bunch. They all focused on Mystery Inc. solving a mystery, with more supernatural elements than usual.

They also had their own live-action spinoff, 2002’s live-action ‘Scooby-Doo’ and its sequel, ‘Scooby-Doo 2: Monsters Unleashed’. Both movies were critically panned, except for Matthew Lillard’s portrayal of Shaggy, which earned universal praise and got him a starring role as the voice of Shaggy in all future animated ‘Scooby-Doo’ projects. These films soon became cult classics and have become adored by fans everywhere for their quirky humor.

On paper, ‘Scooby-Doo! Mystery Incorporated’ doesn’t seem like anything different than what’s expected from the franchise. The gang gets together, solves a mystery for an episode and resets for next week, right? ‘Mystery Incorporated’ was the first to truly try and make something new. Instead of an episodic storyline, the show was serialized, meaning the plot carried over from episode to episode. This was a first for the franchise, along with the added romances between members of the gang.

The show ran for 2 seasons and 52 episodes before its finale in 2013. The show had earned high praise from fans for its reinventing of the franchise and taking these beloved characters in new directions. The concept of a serialized narrative was something well-liked by fans, and it’s a surprise that it hasn’t been utilized in ‘Scooby-Doo’ since.

This is the most recent commercialized adaptation of the series, and one that has earned both praise and ire. It’s the first adaptation to be animated with CGI, and it has an all-star cast full of big names like Mark Wahlberg, Gina Rodriguez, and Zac Efron. The film explores the origins of Scooby-Doo and Shaggy and focuses on the gang’s encounters with Dick Dastardly, a villain of Hanna-Barbera fame. The movie is supposed to be the start of a Hanna-Barbera cinematic universe of films, where characters from their hundreds of properties could cross over into other films.

Despite the addition of big names and properties, ‘Scoob!’ still earned criticism for pushing away the franchise’s usual voice actors for well-known talent instead. Fans were adamantly upset about the decision to replace Lillard as the voice of Shaggy with Will Forte. The movie performed well in the box-office but earned mixed reviews for its thin writing. While it may not live up to the classic ‘Scooby-Doo’ films or series, it’s still a big step for the franchise and it’ll be interesting to see what comes next.